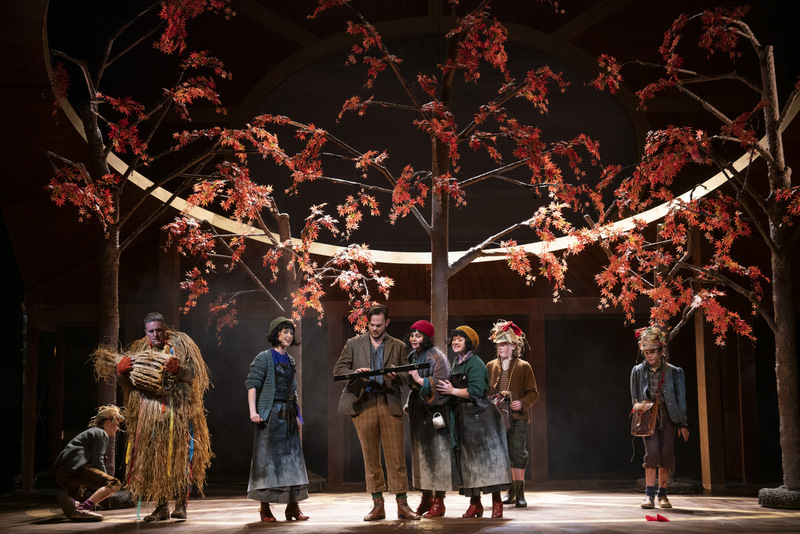 Dates: 21st May. – 25th May
Irish National Opera in partnership with Irish Chamber Orchestra –The Magic Flute- from 21-25 May 2019

Irish opera lovers will cross an ocean or, at the very least, a channel, to regale their ears with the work of the great composers. This is evident from the brief conversations I exchange before and after Caroline Staunton’s production of The Magic Flute at Dublin’s Gaiety theatre when fellow audience members refer to other stagings of Mozart’s work at the Met in New York or London’s Covent Garden. More than two hundred years after its opening night in 1791, Mozart’s whimsical, touching and, at times, utterly bizarre opera remains a sturdy member of the canon, not to be trifled with or taken lightly, in spite of its fairy tale narrative and its soaring airy-footed score. In light of this, Staunton’s production, sets the bar high, seeking to reinterpret The Magic Flute through an Irish lens by delving into “Irish mythology, literature and local history” and manages to deliver a handsome, lively and affecting staging of Mozart’s classic.

Opera is seldom produced in Ireland, which is the obvious reason behind my fellow audience members’ peripatetic search across the seas: the country does not have enough viewing potential to foot the bill that comes with an opera production worth its salt and its stages are too small to house a genre that, above all, seems to require opulence and grandeur. Opera also demands virtuoso singers and musicians and, when it comes to native productions, these are harder to find in Ireland, at least in the large numbers opera requires. Although its libretto is not saddled with the epic devastation of other classics, The Magic Flute is still a formidable challenge for anyone seeking to stage it successfully. To begin with, Mozart’s sublime music must be played by an orchestra able to weave its resplendent beauty and emotional range. It is also an eye-poppingly demanding piece for singers, requiring veritable technical feats of its cast, most famously in the Queen of the Night’s soaring and lacerating aria in the second act. Narratively, it revolves around an odd combination of fairy tale and Masonic propaganda, with Mozart expressing his sympathies for the ideas of the Enlightenment espoused by the Freemasons in a variegated allegory that at times comes close to descending into incoherent hodgepodge. Thus a successful production of The Magic Flute must negotiate the technical difficulties of its score and its narrative shortcomings. 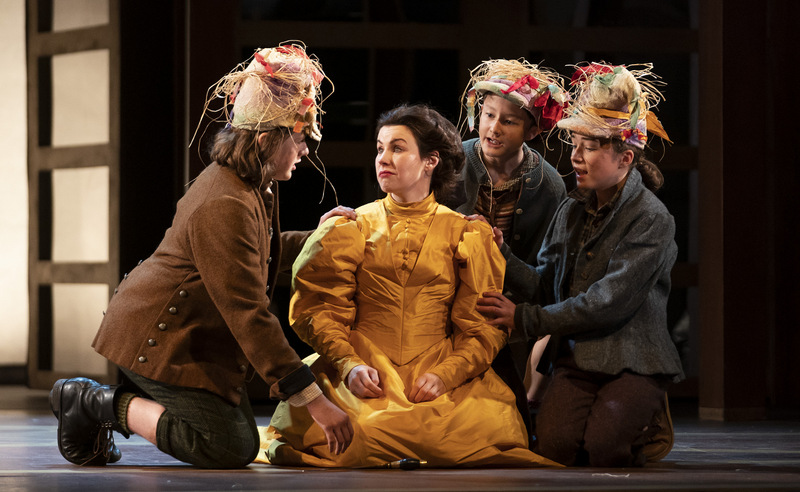 Staunton tackles the problems posed by the opera’s unwieldy libretto in her Irish reinterpretation by setting the action one hundred years after its opening night, at the end of the Victorian era. Although her choice is thought provoking and aims to confront some of the less palatable aspects of the text, such as those lines that reflect the misogyny and racial prejudice of Mozart’s time, it does not fully manage to bring all the strands in The Magic Flute into a coherent whole. Combining the imperial implications of this historical setting with the libretto’s fairy tale narrative was always going to be a tall order, and this perspective, which alternates historicism with folksy whimsy, works best at scene level. Nonetheless, if we judge this production on the basis of its set pieces, it is hard to find fault with Staunton’s reimagining and staging. Her set and lighting designer, Ciaran Bagnall, has worked well with the restrictions of a small stage, creating the illusion of space by utilising height and feigning depth, enabling Staunton’s dynamic direction of her cast, and echoing the layered liveliness of Mozart’s music. His lighting journeys through the piece with the inflections one would expect of an opera which centres on the battle between darkness and enlightenment; it is particularly impressive in the splendour of its final scene, warmly bathing its cast at the moment of reconciliation. On her part, Katie Davenport has created a wardrobe inspired by Victorian fashion and Irish folk, echoing Staunton’s reinterpretation.

Staunton’s production is a notable musical success thanks to the sensitive orchestration of the Irish Chamber Orchestra conducted by Peter Whelan on this particular night, and the performance of its cast, which is never short of lively and confident, and often impresses with its dramatic and technical range. Racher Croash, Sarah Richmond and Raphaela Mangan inject comic colour into their riveting performance as the three ladies. Audrey Luna deftly combines grief and rage as Queen of the Night, and Lukas Jakobski smooths out some of Sarastro’s pomposity with his performance. Gavan Ring makes for a likeable Papageno, garnering a few laughs and securing the comic strand of the piece in the process. Both Nick Pritchard as Tamino and Anna Devin as Pamina deliver touching and fluid performances. The arias are beautifully sung but I found the welding of the voices of this cast of talented singers in duets and trios particularly affecting and thrilling. This solid vocal work takes the audience to the rousing reconciliation of the final scene, where the cast, bathed in light, reunite, with opponents meeting in a spirit of forgiveness and good cheer. It is a moving ending to Mozart’s masterpiece. For once, there is no need to hop on a plane, for five nights you can find a great opera classic at your doorstep. 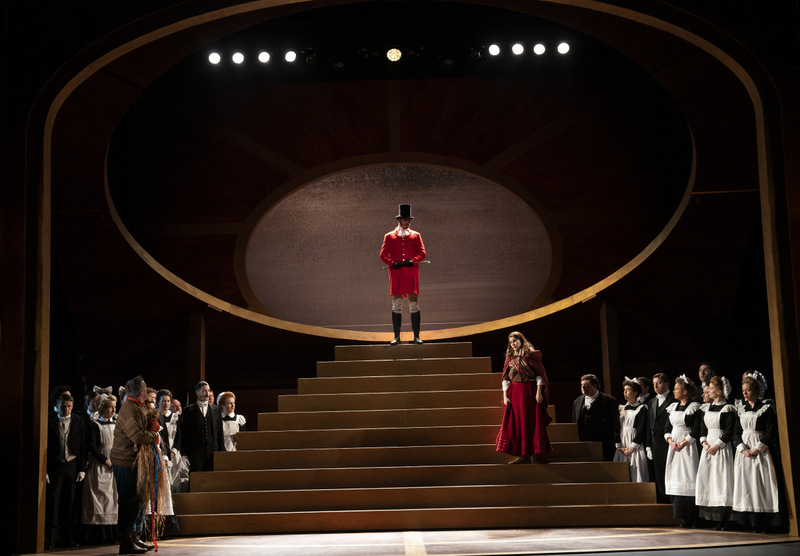