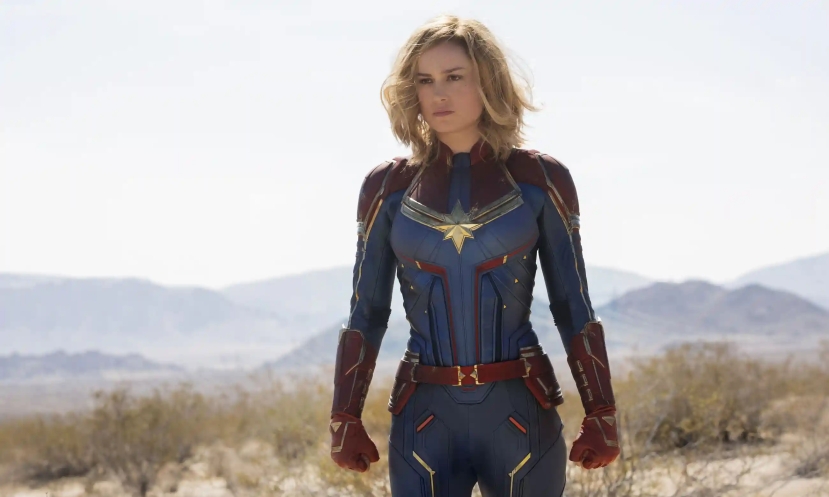 Captain Marvel is the latest in the Marvel Universes’ origin stories. Set in the 1990s, Vers (Brie Larson) is a rookie Kree soldier about to head out on her first mission. But after her capture and subsequent escape from behind enemy lines she finds herself stranded on earth where things are most defiantly not as they seem. Here Vers must fight, not only to survive, but to uncover the secrets of her past, of who she was and who she wants to be. It’s a CGI filled, white knuckle ride through outer space and once again Marvel have delivered a brilliantly enjoyable superhero film.

Brie Larson as Vers/Carol Danvers/Captain Marvel is an inspired choice of casting. Her dry wit and sarcastic smile are used to full force here (a characteristic usually only reserved for the male lead, as the women are normally too busy waiting to be rescued to be interesting) plus she genuinely kicks ass. What is clear for those of us following the Marvel Universes’ progression towards the next Avengers movie, Endgame, is that Captain Marvel is going to be a game changer and this movie is mostly a set up for that. There are some well-placed surprises throughout and a few moments that will bring a tear to the eye that make Captain Marvel a thoroughly enjoyable two hours.

As origin stories go it does follow the same old formula that we have seen before in nearly every comic book movie to date but with one significant difference. This is the first female lead Marvel movie and that is pretty huge. Representation is important and this film is packed full of it along with a bucket load of heart and genuine character development (mostly for Samuel Jackson’s Nick Fury who despite appearing in multiple Marvel films now finally has a chance to come into his own and it is glorious.). What is lovely to see in this film is the relationship between Vers and her long lost friend Maria (Lashana Lynch). It’s pretty rare in these types of movies that we see two women not only get along but fully support each other. They 100% have each other’s backs and never once stop to chat about a love interest or past boyfriend, they have more important things like saving the world to deal with. So not only is this the first female superhero movie from Marvel it also passes the Bechdel Test. Bravo and long may it last.

As with all Marvel films it helps to have a sense of the overall Universe but because Captain Marvel is set before any of the previous Avengers Movies it can also serve successfully as a stand alone film. If you have skin in the game for Avenger’s Endgame you are going to need to check this out. If you just want to see a refreshing look at the superhero genre with a kick ass female lead, buy your tickets now. You’re not going to want to miss this.