The play is set in Dublin, but not as we know it! It is a Dublin of the future, in the year 2119 to be precise, 100 years from now. The housing crisis has reached such an extreme that groups of people live together in single rooms. We meet our main protagonist ‘9208’, or Alice as we later discover, as she has just arrived in a new constituency. She has moved as she has a secret, she is pregnant but it is not a human child!

This production was created by Outlandish Theatre Platform in partnership with First Fortnight Europe 2019 and the Coombe Women and Infants University Hospital. As such, some of the actors would be new to the stage, so they cannot be judged by the same standards as professional actors. We do have two more familiar faces on stage, in the form of Venetia Bowe and James Hosty. Venetia is the main protagonist of the piece, and plays her part with wide-eyed innocence as she encounters various problems during her stay. James Hosty plays a variety of other parts, largely authority figures or other residents of the room in which Alice now dwells.

The play has a surprising amount of style for a small production. The stage is almost completely white, with all the actors wearing white boilers suits with hoods. There are some pieces of furniture on stage, such as a chair and a door, but it is otherwise barren. As the audience enters the theatre, the actors move backwards and forwards as if trapped in a trance. The play draws from various science fiction visions of the future and creates a claustrophobic world.

The play was created from a series of interviews with community participants with OT Platform (Maud Hendricks and Bernie O’Reilly). It has a mass of ideas and concepts, some of them well conceived and others that don’t quite work. Many of our current fears have been taken to extremes, such as problems with housing or environmental issues. It’s a dark vision of a Dublin many years from now, and one we can only hope we avoid. 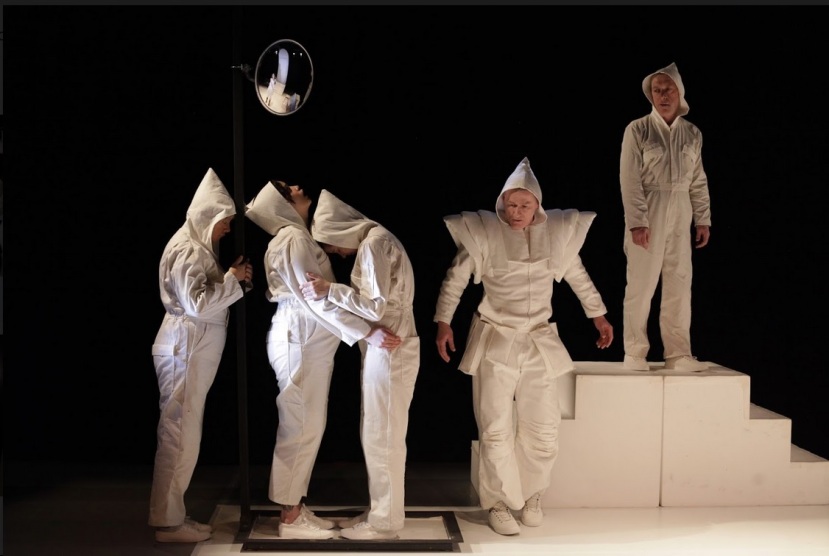