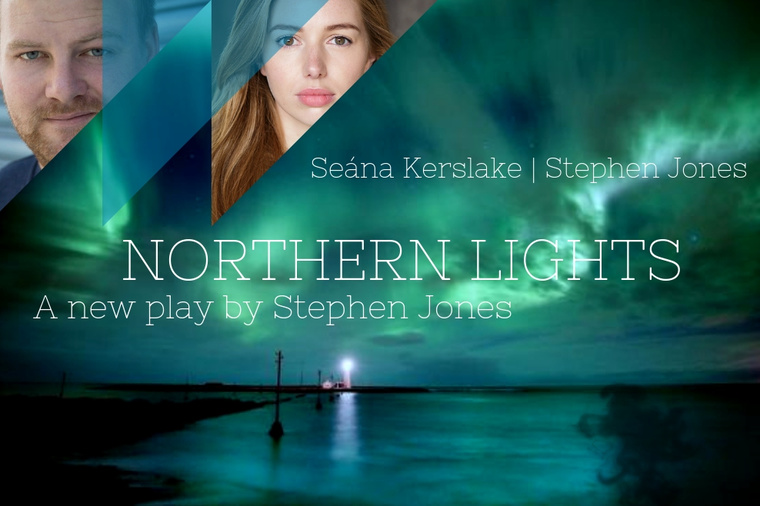 Lloyd (Stephen Jones) is a karaoke enthusiast who has a small apartment overlooking the Liffey. He meets Aine (Seana Kerslake) by chance on a wet night, they strike up a conversation and he offers her shelter from the elements. They gradually reveal, in broken sequences, their current circumstances to each other but more importantly each is concealing something of consequence.

What is gripping initially is the uncertain manner in which Lloyd and Aine interact. The dialogue is littered with small misunderstandings, double meanings and general awkwardness as they negotiate around she being a single girl in his apartment and he being on the loose as his partner is away.

The set manages to achieve the feeling of a cramped urban space with its decor unremarkable but clearly well used. It is a suitable milieu for both Lloyd and Aine to become confessional with each other. As the plot moves away from the initial banter, the story becomes more convoluted story as they each reveal a little more about themselves.

Jones and Kerslake are at all times completely in tune with each other, particularly so in the edgy opening scenes as they sniff out each other. Their awkwardness makes for excellent comic interchanges. However, the pace of the play slows and loses its initial impetus as their stories become more complex. The initial humour gradually reduces and it is missed. That said, there is more than enough in this two hander to make you want to learn about these complicated characters, with the performances of the two actors being a particular highlight.