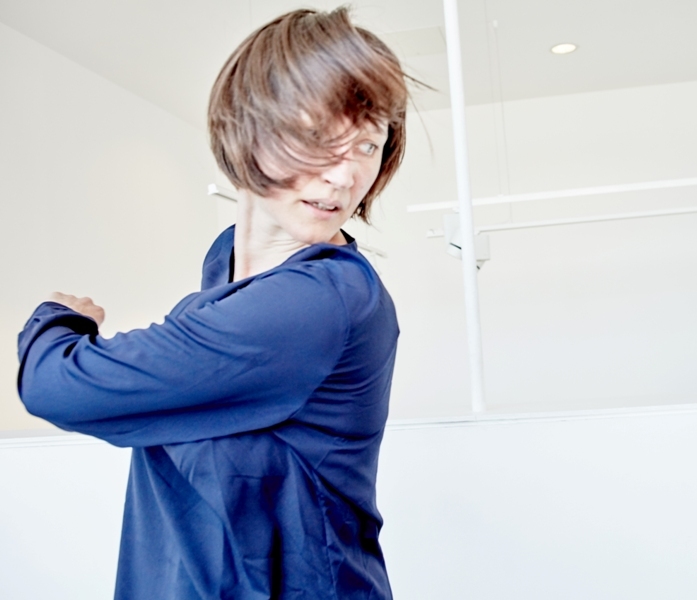 Light Moves Festival of Screendance is Ireland’s international festival of dance on film and runs from the 8th to the 11th of November in Limerick. We had the chance to put some questions to one of the Festival’s curators, Mary Wycherley.

When did you first fall in love with dance? Has it been a life-long obsession?

I’ve worked as a dance artist for a long time now and though I explored activities outside of dance early in my career, I always found myself returning to dance. As a younger dancer I worked mainly in ballet but then focused on my studies on a Bachelor of Arts Degree at UCC. Following that, working as a contemporary dancer opened up the world of the contemporary arts to me. As a result, my work is now something of a hybrid and includes not just live performance but also working in film and gallery installation settings. So in many ways my love of dance has enabled a deep knowledge of interdisciplinarity and how movement and dance can appear between different art forms. That relationship between art forms is really central in my work and I have brought that approach into the festival I run also.

Where did the idea for a festival come from?

The idea for Light Moves came from an impulse to create an international hub for discussion and appreciation of dance film practice here in Ireland. There were many festivals dedicated to this field internationally and although dance film had been supported in many ways in Ireland there was no event specifically dedicated to it. As a screendance maker myself, I was acutely aware of the importance of having an opportunity to see international works and engage with the field in a rigorous way when making my own work. I had discussed the possibility of establishing such an event for a number of years with Jürgen Simpson, co-curator of Light Moves Festival and in 2014, the Limerick City of Culture year presented an ideal opportunity to propose the creation of Ireland’s first festival dedicated to this area. In addition, the infrastructure of Dance Limerick and the support of University of Limerick made the city of Limerick an ideal place to realize this vision. Light Moves was subsequently voted by the Limerick dance community as the representative proposal for the Limerick City of Culture Dance Legacy Project and so we began in 2014!

The festival contains “cutting-edge film, dance and music”.  Is the aim to explore new and exciting work that wouldn’t be seen otherwise?

From cinema to the gallery and mobile devices, to interactive contexts, screendance today seems ever more vital as a way to communicate choreographic thinking. Light Moves Festival aims to celebrate these possibilities and to foreground the cutting-edge and vibrant practices and works created at the intersections of dance, film, music and visual arts. Our aspiration for the festival is to provide a national and international forum for this. We hope that our curation and activities provided by the festival will invite debate, give context and opportunities, challenge and celebrate the works, the audience and the field.

Who are you particularly excited about having/ showing at the festival this year?

I’m excited about the screening of Dziga Vertov’s 1929 masterpiece documentary “Man With a Movie Camera“, accompanied by a live electronic music score commissioned by the Light Moves Festival. The composers are Neil O’Connor (aka Somadrone) and Dunk Murphy (Sunken Foal), both highly acclaimed artists, known for their significant body of work that spans experimental music, music for concert audiences as well as music for film. They will perform this new commission live on Saturday 10th November.

On Thursday 8th November the festival opens open with a performance of Forecasting by Premier Stratagème. In this piece the screen becomes the site of intersection between the performer and the two-dimensional world of images on her laptop that represent other people in other places. The talks series this year is great and we have a wide range of talks and interviews by Irish and international artists who shed light and perspectives on themes and artistic processes. I wouldn’t miss Guy Cools, Laura Taler, Helen Poyner, Jenny Roche, Simon Ellis, Ruth Gibson and Bruno Martelli. Audiences will also have unprecedented access to the intimate and unconventional creative process of renowned British choreographer Siobhan Davies, who will have an open studio during the festival in Limerick Printmakers and give a talk on Sunday.

Our shorts and feature film programmes gives a range of national and international perspectives embracing the vibrant energy of youth whilst also foregrounding the unique way in which screendance approaches themes of loss and mortality. So pick up a programme, join us in Limerick and dive in – there’s so much to choose from!