Until Oct 31st 2018.
Quintessence Theatre, in association with An Táin Arts Centre

This is a new version of Dracula, written and directed by Anna Simpson, and largely based on the novel by Bram Stoker which is now 121 years old. It features the majority of the characters from the novel, including the dark lord himself; Dracula. At the start of the story we meet Jonathan Harker, an English Solicitor who travels to the Carpathian Mountains in Transylvania to visit a new client who wants to purchase a number of properties in London. As he arrives in the proximity of the castle, the locals seem terrified when he mentions the name of Count Dracula!

This is a production by Quintessence Theatre (in association with An Táin Arts Centre) who describe themselves as a “physical ensemble”. There are five actors on stage who create a large number of locations and settings with minimal props. They create insane asylums, houses, schools and castles using only a few wooden crates and some portable steel stairs.

The actors show great dexterity as the move from character to character, with most of them taking on three or four roles. It makes it a little confusing at times as the actors barely leave the stage before re-emerging as a different character.

The original book is a long winded affair with a great many twists and turns along the way. As you would expect, the theatre company have taken some liberties with the plot, and adapted it to make it work better on stage and for a modern audience. While this fact may annoy some as it veers away form the original, it does largely keep to the novel. Having said that, it is still based on a Victorian novel and could seem quite tame to a modern horror audience used to the blood and gore of more recent versions. It is clearly impossible to keep everyone happy!

The two hours twenty duration (including an interval) could do with some pruning and there are some minor episodes from the book that could have been removed completely but there is little to fault otherwise. What we get here is a bright and inventive production that uses the talents of the young actors on stage to the best of their ability.

Written by Anna Simpson, based on the novel by Bram Stoker 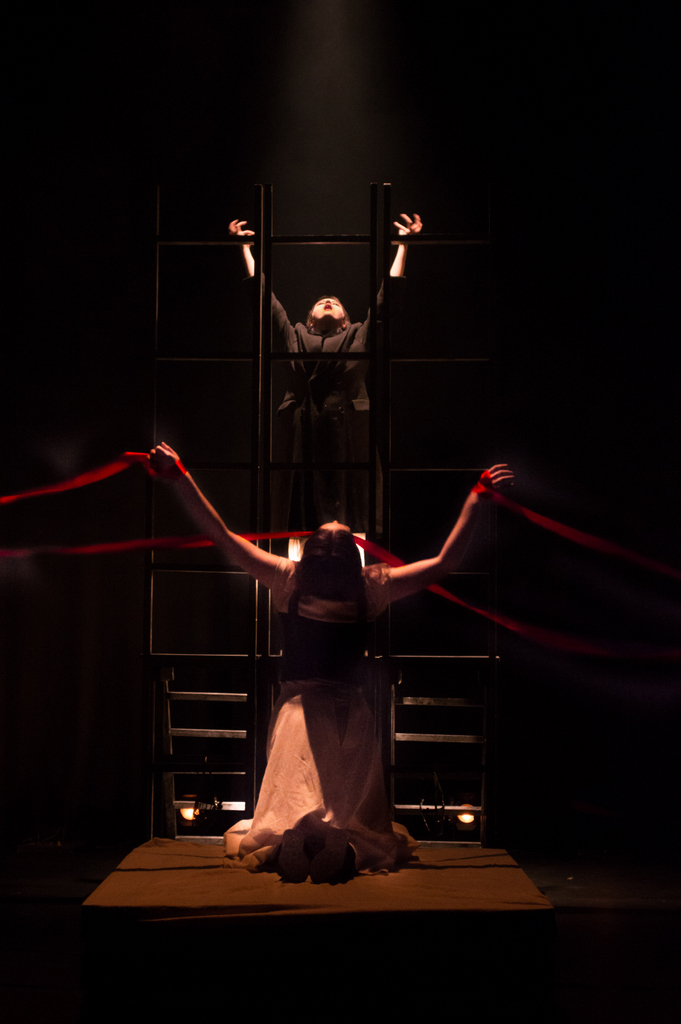