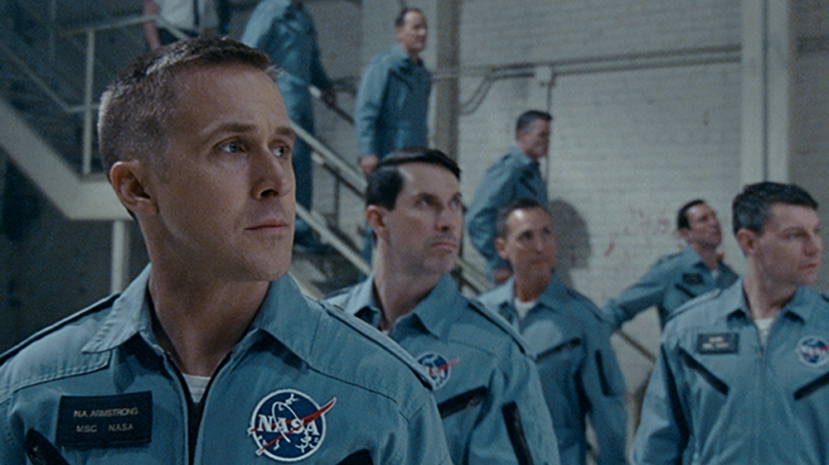 It’s all change in our movies of the week as First Man, Rosie and 1945 all make the top five! Quite a week for new releases. Definitely a week to make it to the cinema.

12 August 1945, 11 AM. Two mysterious strangers dressed in black appear at the railway station of a Hungarian village. Within a few hours, everything changes.

Bad Times at the El Royale – 77% on Rotten Tomatoes

Seven strangers, each with a secret to bury, meet at Lake Tahoe’s El Royale, a rundown hotel with a dark past. Over the course of one fateful night, everyone will have a last shot at redemption – before everything goes to hell.

A look at the life of the astronaut, Neil Armstrong, and the legendary space mission that led him to become the first man to walk on the Moon on July 20, 1969.

The enchanted lives of a couple in a secluded forest are brutally shattered by a nightmarish hippie cult and their demon-biker henchmen, propelling a man into a spiraling, surreal rampage of vengeance.

ROSIE tells the story of a mother trying to protect her family after their landlord sells their rented home and they become homeless.

A Yeti is convinced that the elusive creatures known as “humans” really do exist.