The Colour of Monet

This image is subject to our standard Terms & Conditions http://www.nationalgalleryimages.co.uk

The Colour of Monet – by Pat Levy

We all associate Monet with dreamy paintings of water lilies but in this exhibition at London’s National Gallery we see a different artist, one who often travelled as a tourist. He set up his easel in quaint little villages of Europe and painted the picturesque – wonky looking bridges, windmills, old buildings – as well as tourist hotspots like Venice and London.

The early paintings in this exhibition show his interest in the antique: the haphazard looking building in the first painting, the Lieutenance at Honfleur,  was a common subject for artists. In another painting, Street in Sainte-Adresse, he makes his painting a portrait rather than landscape so as to cut out the modern buildings surrounding the quaint church and cobbled streets.

This image is subject to our standard Terms & Conditions http://www.nationalgalleryimages.co.uk/upload/terms_and_conditions.pdfCredit: NG6479 – The Gare St-LazareSpecial

By 1878 Monet and his family had settled at Vétheuil, about a hundred kilometres northwest of Paris, where the town’s historic church, with a 14th-century tower and Renaissance-style façade, was the main attraction. Here, particularly in the second of the two paintings of the church, he includes more mundane buildings and ordinary people going about their lives. In time, his paintings began increasingly to move away from the picturesque towards more industrial landscapes, including elements of modernity that were introducing into the natural environment, and it is here in the exhibition where the power of the man’s vision comes to the fore. By 1877 he is painting  amazing pictures of the Gare St-Lazare and labourers moving coal from barges at Asnières where the natural environment is completely overshadowed by man-made elements. 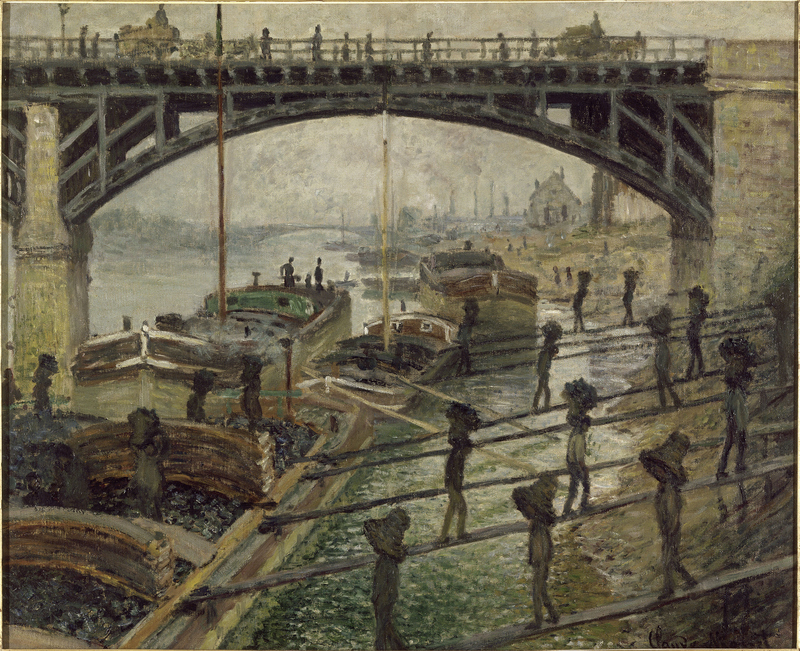 Later in the exhibition the works focus on Monet’s obsession with light and the changes it imposes on his subject matter. A whole room of paintings of Rouen Cathedral in different lights and perspectives, a little like a series of  Andy Warhols, sadly do little for me but later the ghostly paintings of London (including one on loan from the Hugh Lane Gallery) evoke a real sense of what London must have been like in the days when industrial pollution was clearly visible. Pity he never visited Dublin. His final paintings of Venice focus on structure and light, cutting out the cute gondolas that he might have included in earlier days.

Prices at London’s National Gallery seem to get higher with each exhibition (or possibly I am just getting poorer) but this one is still worth the investment.  Winkled out of galleries all over Europe and North America, it is unlikely that these paintings will ever be put together again in our lifetimes and they show a previously unrecognised aspect of the innovative artist’s work.

For those with money to spare (no pun intended) an excellent publication accompanies this exhibition, setting Monet’s work against other artists’ depictions of the same scene and including a silly photograph of Monet the tourist standing in Piazza San Marco in Venice with a pigeon on his head. 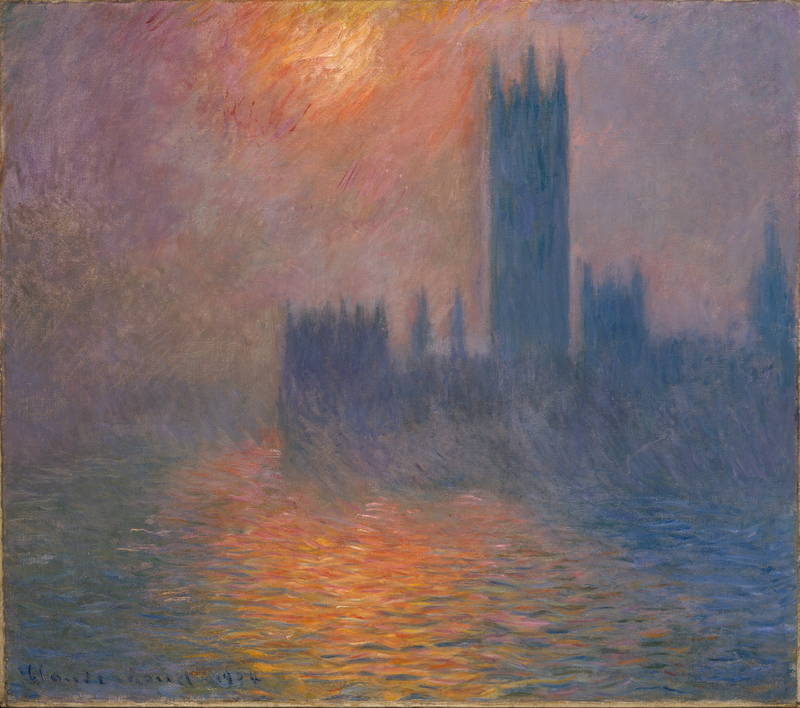