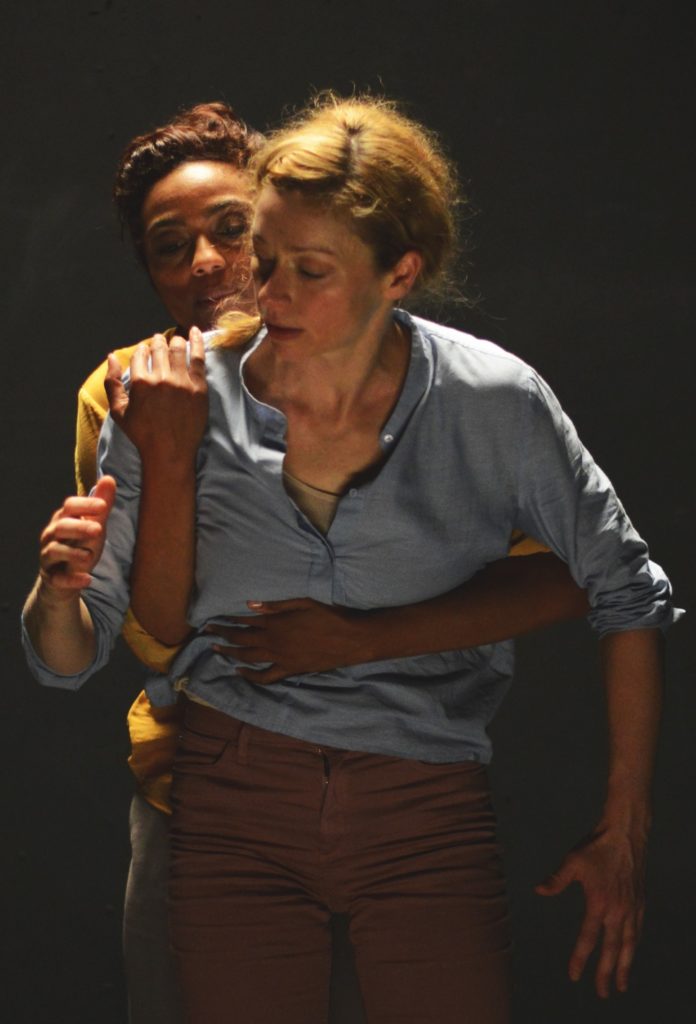 Choreographed and created by Liz Roche

In creating this piece, which had its initial iteration in the Dublin Fringe Festival of 2016, Liz Roche commissioned a poem from Elaine Feeney in relation to the desire to repeal the 8th amendment. However, the poem as created handles “emotional states of repression and claustrophobia alongside the helplessness experienced by women and men…”. In addition, she commissioned a film from Mary Wycherley “which is an abstracted response to the poem”. She has further added to the piece for this new iteration a musical composition from Ray Harman which accompanies a male duet “as men are as much a part of this debate as women.” The genesis for Wrongheaded has therefore many inspirations.

The set consists of the theatre stripped back to its bare black walls. In the centre is a rectangular white space which at first gave the impression that it might be slightly raised, like a dais, but it was, in fact, flush with the rest of the floor. On to this space, the film is initially projected while the words of the poem are heard read by the poet. Then the dancers, Sarah Cerneaux and Justine Cooper, enter and use the entire space but primarily the rectangle while the poem continues. This dynamic is altered two-thirds of the way through the piece with Ray Harman’s music and the arrival of Kevin Coquelard and Jack Webb and the withdrawal of Cerneaux and Cooper. But the poem still continues with fragments of it now being spoken by the sonorous male voice of Andrew Bennett.

Roche achieves a synthesis of the physical bodily movement of the dancers with the sound of the words spoken and the music played together with the abstract imagery of the film. She manages to envelop the viewer in the complexities of the emotions which these disparate but complementary constituents generate.  She like a conductor of an orchestra has brought the conflicting elements together to create an engaging but not necessarily a harmonious whole. As the piece has already evolved in its various iterations, Roche’s fertile imagination may yet develop it further but as of now, she has created a piece which is of the moment. 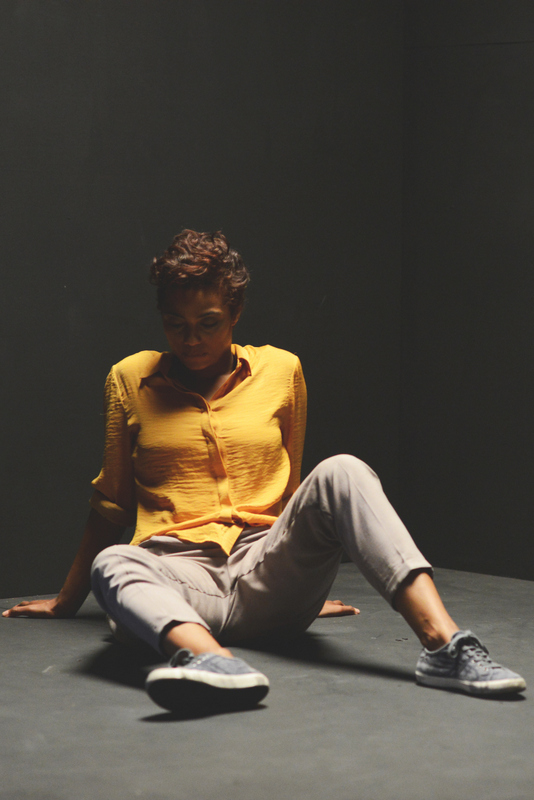