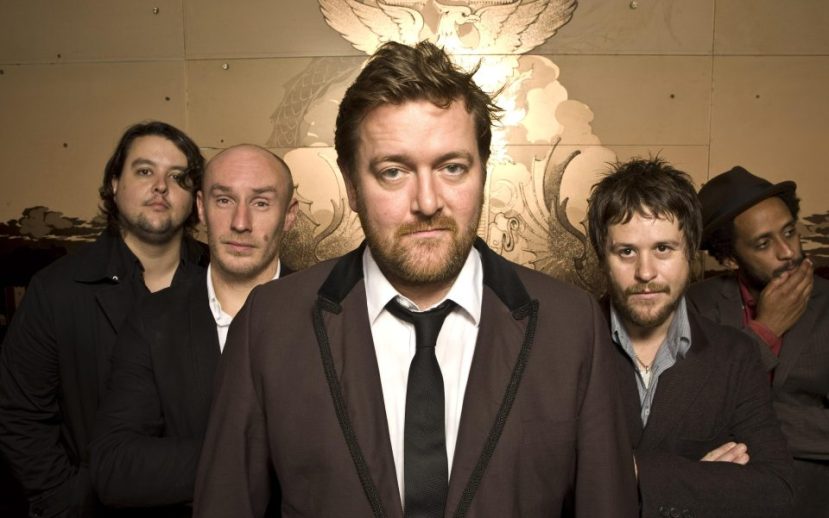 Dublin’s biggest date night (!) took place in the 3Arena as the large venue was crammed to capacity with more couples than you would typically see at a gig. Many arrived early to catch John Grant, whose rich, melodic voice belted out songs old and more recent. Alternating between two banks of keyboards, he came across like a hipster Elton John on tracks like Grey Tickles Black Pressure, and older fare such as Marz and Sigourney Weaver. The last of these witnessed one of the keyboards dying mid song, luckily the guitarist took over the reins. Joined on a couple of songs by Cormac from The Villagers, he played I Hate This Town for laughs and rocked out on Queen of Denmark, certainly not lost in such a large venue.

Even for those not a fully signed up fan of Elbow, from the word go it was impossible not to be swept along by the band, helped largely by Guy Garvey’s ‘sound bloke’ routine. Opening with the brass blast of Starlings, they had the crowd eating out of their hand drawing from across their back catalogue with The Bones of You and The Birds impressing early on. Older songs such as Any Day Now and a rousing Leaders of The Free World impressed many in the audience but it was more recent material that got the best reception. Lippy Kids featured a call and response whistling duel before the crashing euphoria of Grounds For Divorce, with maximum crowd involvement as Garvey had the audience singing at his beck and call.

John Grant returned for a heartfelt encore, duetting with Garvey on Kindling before the inevitable yet uplifting finale of One Day Like This. Guy Garvey displayed remarkable command over the audience, he could have sung Daniel O’Donnell and nobody would have minded. Such is the band’s enduring appeal, many here will be relishing their next visit already.

Encore:
Kindling (with John Grant)
One Day Like This