London’s a strange place. Filled with people from all walks of life, all cultures, all classes. It still comes as a shock in jingle-belled,  Bing-Crosby-ed December to see anonymous and not crazy-looking people bedded down in shop doorways as temperatures drop, sleet falls and passers-by look the other way.

Stranger still that early one morning I waited outside the British Museum to see an exhibition about nameless wandering people, now lost in time, our only connection to them the discovered grave goods they left behind. The Scythians exhibition at the British Museum, on till 14th January is a must see. Never before exhibited in the British Isles most of the exhibits come from the Hermitage Museum in Leningrad… sorry… St Petersburg. The people, who we would never have heard of if it wasn’t for the father of history, Herodotus, mentioning them, roamed a vast area from northern China to the Black Sea, keeping horses sheep and cattle, making sophisticated weapons and metal objects, living in transportable tents and smoking cannabis. A nice life if you can get it.

The Scythians had no writing system, not even for gravestones, but their excavated burial grounds have much to reveal. They believed that a dead leader needed his goodies in the afterlife so into the grave went his horse, clothes, saddles weapons and pottery. Tsar Peter I sent out search parties to look for the graves and so any that weren’t already robbed ended up in his possession. Fortunately for all of us the area gets pretty cold so packed ice preserved many of the perishable things such as clothing, rugs, parts of bodies. Cannabis besides, their lives were not particularly peaceable as the tattooed skulls with spear holes though them will attest.

The exhibits are quite breathtaking in their ornateness. Huge gold-leafed wooden masks for horses made them look more fearsome in battle while delicate gold mouldings decorated their weapon of choice – bows and arrows. Clothing which has survived is complex, embroidered and quite stunning – a woman’s shoe inlaid on the sole with precious stones so that it would show when she sat on the ground, beautiful delicate earrings, cloisonné brooches and more. In the cannabis tent exhibit, tiny seeds were discovered while next door a 2,300-year-old piece of cheese is well past its sell by date. In another grave the person’s nail clippings and hair had been preserved. From tiny delicate objects to whole tombs, an enormous coffin or two are part of the exhibit while a reconstruction of the inside of a tomb, lined with patterned hangings and filled with grave goods, are the highlight of another room.

Displays show the Scythian influence on other cultures where they were honoured as fearsome warriors and actually got jobs in ancient Athens policing the crowds at Assembly meetings.  All this wonder is supported by some strange audiovisual aids. In one room a huge screen shows an artist’s impression of a raiding party repeatedly galloping across the tundra. A better one shows the distribution over hundreds of miles of these people who just disappeared, perhaps by settling down and evolving into another culture altogether. Who knows. The museum shop has lots of stuff nearly related to the Scythian exhibits and there is a splendid book of the exhibition published jointly by The British Museum and Thames & Hudson.

Back outside, the modern nomads were waking up, moving on before the doorway owners arrived. These are strange times we live in. 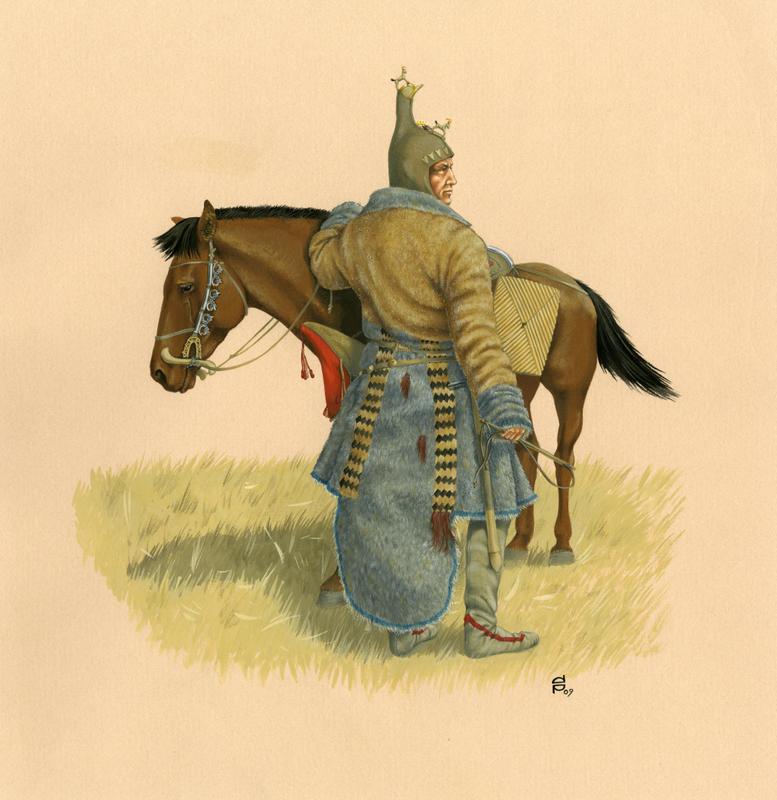 Categories: Art, Header, Things to do