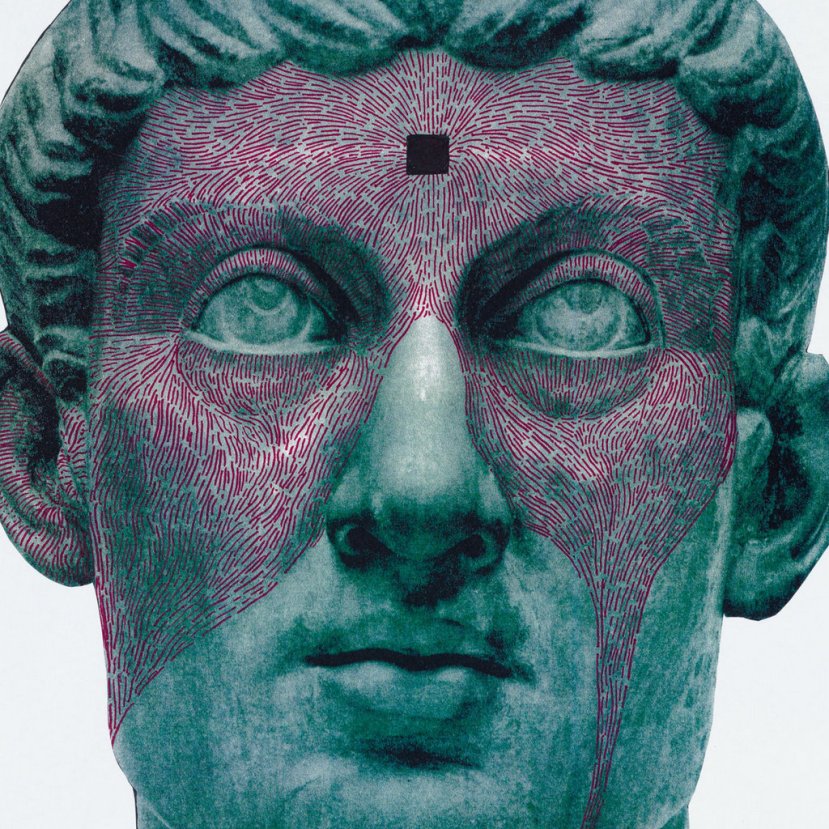 A very excited crowd crammed into this small, eclectic venue for the visit of Protomartyr to Manchester.  First up were Tuam-based three piece Oh Boland, who in the last two years have grown far less focused on image, and far more on the music, to great effect.  It’s fair to say they rocked the crowd, kicking up a mighty racket, particularly on an extended closing song which featured, squalling, loose guitar and thunderous drums.  Definitely one to watch.

In concert, Protomartyr appear a strange proposition, each member looking like they belong to different bands.  Held together by an extremely tight rhythm section, they allow Greg Ahee free reign to generate complex, intricate guitar lines.  As for the frontman?  Joe Casey comes on stage looking like a disgruntled teacher, hitching up his suit trousers and pulling all manner of faces.

With an air of menace, they opened with My Children, which begins as a dark, slow stomp as Joe Casey snarls “pass on, pass on”.  Then the song changes up a gear, speeding up to an exhilarating climax.  It certainly got the crowd going, and it didn’t take long to get the crowd dancing manically to the likes of Windsor Hum, Want Remover and Don’t Go To Anacita, the latter provoking a serious outbreak of moshing, the floor literally shaking with the force.  Songs were dispatched quickly, with minimal fuss, one song often following another without pause.  Between songs, Casey did little more than swig from a can of beer and thank the support band several times, almost as if he was trying to puncture the euphoria in the room.

The (largely male) audience were clearly up for it, roaring lustily along to Male Plague, as Casey transfixed all and sundry with a steely gaze that made many feel he was staring right at them.  The complicated A Private Understanding began like it could have been a bit of a mess, but turned into one of the triumphs of the night, helped in no small part by Ahee’s glorious guitar playing as Casey barked “she’s just trying to reach you”.  A line echoed in slow, grinding set closer Half Sister, a real emotional peak of the set.  They returned with Casey announcing in a very matter of fact way that there would be two more songs, before exploded into life again with incendiary versions of Why Does It Shake? and Scum, Rise!

The clearly impressed audience left realising they had witnessed something special.  In Joe Casey they have an almost anti-charismatic singer who does little more than grimace and shout, yet he is a compelling presence.  They play Whelans on Saturday.

Why Does It Shake?
Scum, Rise!