Interview with Maeve Stone – Director of The Shitstorm 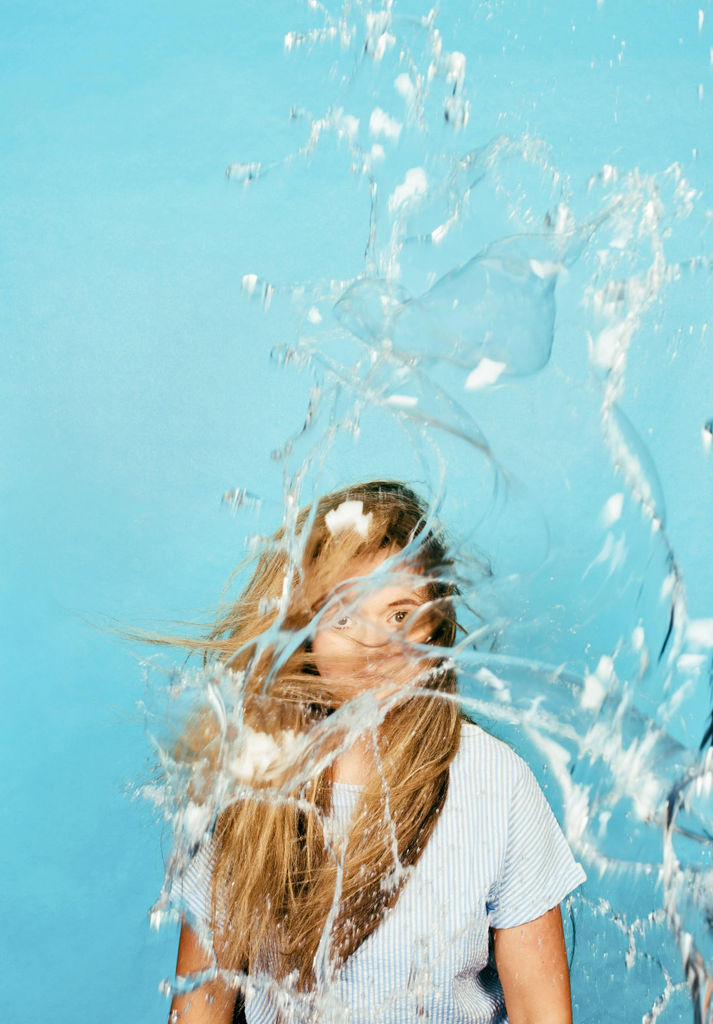 Interview with Maeve Stone – Director of The Shitstorm

We had the chance to talk to Maeve Stone, the director of the Shitstorm, which will be part of Dublin Fringe Festival. We asked her about how the production came about and what we can expect. You can see the results below.

“The Shitstorm is a hallucinogenic West Kerry riff on Shakespeare’s last play, The Tempest, written by Simon Doyle and directed by Maeve Stone.”

This is the first co-production between the Fringe and the Abbey. How did it come about? Who started the ball rolling?

Yes, it all happened really quickly. I had been talking to the Kris Nelson at Dublin Fringe about this project from the earliest days of development and he was really interested in presenting it in the festival. I applied for Arts Council funding but was unsuccessful, so we sat back down to figure out how to make it happen. Essentially I think I’m just incredibly lucky; the timing was right. The new directors of the Abbey had just started and were in conversation with Fringe about how they might work together in the future. So Kris brought The Shitstorm to Neil Murray and Graham McLaren at the Abbey as part of that conversation. It’s really rare to feel that level of support and passion about your work from a presenter, but Kris has always been incredible. He was doing a load of work on my behalf behind the scenes. And then when it came down to it, things moved really fast. I think it was a week between being asked if I was interested in a co-production, and the Peacock programme announcement.

There is a strong link to Pan Pan in this production, with various members of the cast and crew having worked with them previously. How were the team assembled?

It’s such a tiny town there’s doubtless a million overlaps… especially making experimental work. You tend to gravitate towards like-minded collaborators. It’s funny though, until you asked that question I was only considering the connection to Simon Doyle as a Pan Pan link. That relationship did grow out of a conversation with Gavin Quinn about two years ago when I was looking at writers that might suit the project. He recommended Simon as a strong talent for working with classic text. I really love Simon’s humour and had directed a reading of his play In the Long Run We Are All Dead in 2014, so I knew we could work together. The rest of the team are a combination of long term collaborators like scenographer Zia Bergin-Holly, actor Fionnuala Gygax and costume designer Saileog O’Halloran, or completely new relationships. It’s been amazing working with brilliant producer Gemma Reeves as well as a cast of gorgeous performers; Bryan Quinn who joined the team at the workshop stage and Pom Boyd and Ian Toner who auditioned earlier in the year. Sound Designer Paul McGuire is a grad from Jimmy Eadie’s MMT course at trinity as is composer Frank Sweeney so that is another subterranean Pan Pan link. I guess everything’s connected when you start peeling back layers. 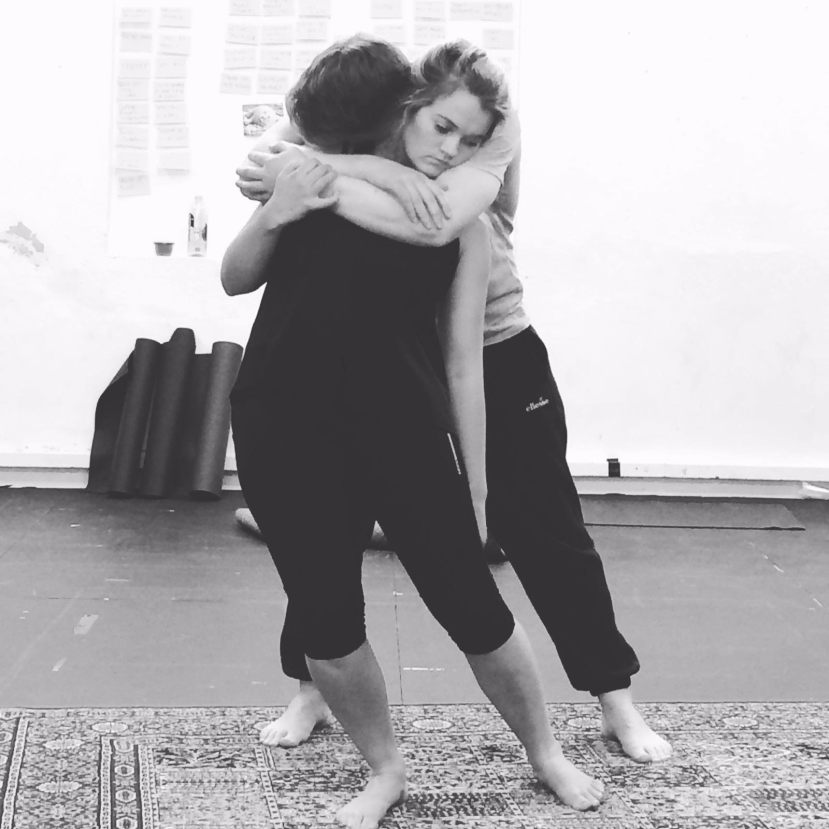 How much of Shakespeare remains intact in this version? Are you using the basic story line or just the characters?

We’re using the characters and not the story line. In early explorations I considered using the original text as a scaffold for this new idea but when it came down to it there’s not enough Miranda material to do that. I wanted to make a play where she could be the main character, where her experience and perspective become the focus. Shakespeare is kind of omni-present at some level, he is the origin, but at a narrative level it’s functioning as an anachronistic sequel. We’ve also transposed the four central characters to the contemporary, local world of Blasket Islands. So the language is contemporary and the sense of place is familiar.

There’s a quote from Virginia Woolf’s that speaks to this question I think… “It is one of those invaluable seeds, from which, since it is impossible to have every experience fully, one can grow something that represents other people’s experiences. Often one has to make do with seeds; the germs of what might have been, had one’s life been different.” For me there’s that seed of an offer in every underwritten female character that appears in the canon, if you can imagine a different life for them.

There is talk of music in this production. Is it a musical or a play with musical interludes?

Yes! It’s definitely not a musical. I guess it’s a play that ends in a gig. Music is a real heartbeat in this play. There’s a sound world from the opening moments that evolves throughout, and connects the storm outside to Miranda’s own anger and frustration. And the music is her power, her voice. Prospero’s strength is in books and words, but her voice is song.

What style of music can we expect? There is mention of punk in the press release?

It’s a post punk vibe. We’ve had a whole load of musical reference points in discovering the right feeling for it. I guess we’ve landed on something that touches on bands like Suicide, ESG or The Slits. Frank Sweeney and Morgan Buckley are established musicians in their own right so it’s exciting collaborating with them. They’re composing four short songs that feed off the energy of the performers and dig into that DIY punk philosophy of ‘will over skill’. Though Bryan Quinn can work a really solid melody on the guitar and bass after years of gigging with David Kitt, and Fionnuala has an opening scene on the piano that explores the idea of virtuosity and expression.

You are a musician yourself. Did this help you with the production?

I think loving music helps. And my own experience of finding a voice as a teenager through guitar and writing. I think it can be a really instinctive language, and that makes sense to me for a character who has been trapped within the structure of someone else’s words. Music can be a release. And it’s something you can find on your own if you’re not worried about doing it wrong. So I like the idea of it as Miranda’s secret strength.

It sounds like a play with a huge amount going on. How are you handling keeping all the various strands together?

Yep, it’s ambitious! But we’ve had a long development (I commissioned Simon to write it in 2015) and the creative team is really deadly so I’m hoping the balance is there. There’s always a risk on a project where you’re trying something new. But there’s no reason not to take that risk when the ingredients are so strong. And when it comes right down to it, it’s a pretty simple story about a girl stepping out of her father’s shadow to say something for herself.

Do you suffer from opening night nerves?

Opening nights are like birthday parties that you organise for yourself; you spend the whole time in a weird out-of-body state with constant low level anxiety about other people having a good time. But I’ll be a happy mess for this one I expect. I’m all in, and so is the team… so we’ll make the nerves work for us. 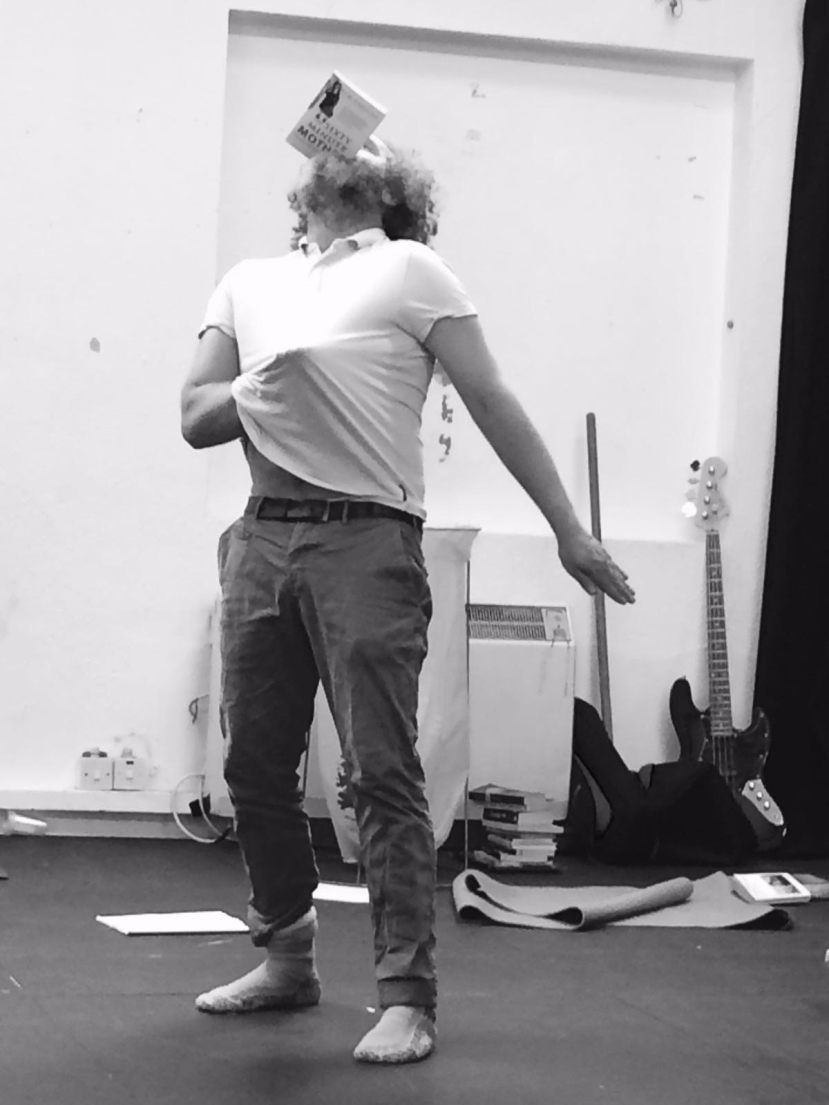