We had the chance to talk to Marc Atkinson, the director of Outlying Islands which will open at the Beckett Theatre next week. It is a play by Sugarglass theatre. The company made quite an impact a few years ago, with the immersive​ Fringe ​extravaganza All Hell Lay Beneath, and Tender Napalm.

Sugarglass made quite a splash a few years ago with All Hell Lay Beneath and Tender Napalm, and then seemed to disappear! What have you been up to since?

Yes, we went on a kind of hiatus for a few years while several of our members pursued individual projects. Colm, our company designer, went to study at The Lir, while Christina, our Director of Outreach, built up a huge portfolio of community based work alongside running Droichead Youth Theatre. Personally, I had a very lucky encounter while we were first working on Tender Napalm. Anne Bogart, an American director that I have long admired, was in Dublin and came to some of our rehearsals. We clicked and stayed in touch, eventually resulting in my moving to New York to study with her as my mentor at Columbia University, as part of a scholarship she suggested I apply for. That was four years ago and during that time I have had the privilege of developing a community of collaborators who I work with regularly in New York. I just finished directing a new play by Alix Sobler at the Signature Theatre Centre. Alix is a brilliant new playwright whose career is taking off in the US. I’m an enormous fan of her work and hope that Sugarglass will be able to bring some of it to Dublin in near future. Sugarglass also helped me produce work in the US including a collaboration with Eoghan Quinn (of Collapsing Horse) and Abdiel Jacobson (a dancer with the Martha Graham Company) called Besieged. It was a mostly wordless performance exploring isolation and obsession in contemporary urban environments. These kind of projects put us in touch with loads of exciting new collaborators and meant that the company kept ticking along.

So, yes, we have recently decided to bring Sugarglass back to Dublin with the aim of creating a company that works between Dublin and New York with artists from both cities. I’m half-Catalan and moved around a lot as a child before settling in Ireland, so maybe that explains my desire for such an international approach to theatre making. That kind of hybridity also expresses itself in the themes of much of the material we work on. My dream would be to also develop a connection back to Catalonia and maybe start developing and touring work over there with collaborators working in another language. But that’s the next step!

Over the last years I think our work has matured somewhat and become more politically acute, while still maintaining the kind of visual poetry that we became known for. We can’t wait to share some of our latest work with a Dublin audience – especially this production of Outlying Islands which we are all very proud of.

You have recently worked on Gatsby in the Gate. How was that as an experience? I imagine it was a logistical nightmare!

Well, you’re absolutely right, it was a very complex show to put together and I still go to see it weekly to check up on it. I had to use a lot of my All Hell Lay Beneath experience – I kept getting flashbacks of those crazy performances as part of Dublin Fringe. Gatsby was a joy to work on though. You don’t always get a lot of creative freedom as an Associate but, given the breadth of this production, there was lots for me to make. And what a privilege to work with that extraordinary cast – they really are the hardest working ensemble in Dublin right now! Selina Cartmell was the first director I ever assisted and she gave me the confidence to seriously pursue directing when I was still an undergraduate. I was thrilled to be asked to be part of her inaugural season at The Gate. It’s such an exciting time at that theatre and I can’t wait to see what comes next.

What attracted you to Outlying Island by David Greig?

More than anything, it’s a beautiful piece of writing. It’s one of Greig’s earlier plays and you can feel the youthful, impulsive energy in it. It’s a play with a gripping narrative and very poetic imagery. The compelling story takes some turns you really won’t expect. Set in the summer of 1939, its resonances for our current political moment are pretty striking. Not just the obvious geopolitical uncertainty, but also the exploration of humanity’s relationship to the natural world at a pivotal moment of societal and biopolitical change; generational conflicts between young and old; and the question of what it means to be young when financial and political certainties are collapsing around you. That said, it’s a piece full of humour and love, and a celebration of being young.

Greig’s upbringing, like my own, meant that he moved around a lot as a young person. I think that complicated relationship to home is extremely evident in his writing and is a way of experiencing the world that is becoming ever more common. Outlying Islands was one of those plays that just wouldn’t leave me alone, and I knew I had to work on it. Greig is a brilliant writer and very popular in Dublin at the moment – this is a pretty rare opportunity to catch one of his early plays. The production had a lovely response in New York when we first produced it and I think, if anything, it has only become more resonant given global events in the last 18 months.

How did you manage to get Jefferson White (How to Get Away With Murder, House of Cards, Manhattan, The Americans) involved with the project? What is the connection?

I got to know Jeff just before he started to book all the TV work that he has been doing lately. I cast him as Konstantin in a version of Chekov’s Seagull that I was directing. After watching a self-tape that he made for the role, I knew I had to find a way to work with him. He has an extraordinary ability to live in the moment as a character, and he constantly surprises me which is a quality I love in actors. When we were working on the Seagull, Jeff was just starting to film some TV and was auditioning for lots of stuff. I’ve been lucky to get to watch his career flourish over the time that we’ve worked together. I think working with us and doing theatre offers a different kind of challenge than TV does, and I hope it’s a collaboration that continues into the future. This is what’s so exciting about our new company model – I’m getting to introduce my favourite artist from both cities to each other and see what they make together!

When can we expect to hear from Sugarglass again?

Very soon! My dream has always been to have an artistic home for the company, and the good folks at the Samuel Beckett Theatre have given us just that for the summer – we’re very spoiled. We’re trialling a model where we have a summer in season in Dublin that allows us to present work and develop new pieces at the same time. Basing ourselves out of the Beckett for this summer is our first attempt at making this model work. It’s been really productive so far – we produced Big Love with their students earlier this year (an urgent play about 50 women escaping forced marriage and seeking refuge in a neighbouring country). It was a thrilling production and we wished we could have run it for longer – the students created a muscular and vital piece of theatre, and several of them are now working with us on Outlying Islands. I’m really enjoying this partnership with Trinity and am learning lots from the chance to teach, direct and develop work at the Sam Beckett.

Outlying Islands is just part of our plans for this summer. The production was originally staged in New York about a year ago and we’re touring it here while we’re in development for our next project – a radically contemporary adaptation of Gorky’s Children of the Sun. Its incredibly rich source material for our times and you can expect our take on it to be something quite new. The play was written in 1905 and its first performance was accompanied by a near-riot. Audiences feared that the slow-burn proletariat uprising bubbling in the wings of the play was happening in the streets. The play, thunderous and urgent in its time, follows an affluent but oblivious scientist and his inner circle caught up in dreams of innovation and self-interest as their country dissolves. Swallowed emotions blind the characters to each other’s needs and to signs of mental instability, depression, domestic abuse, impending financial collapse, and outright revolution. We’re building a sharp ensemble drama about how looking too far ahead can shut our eyes to what’s happening in front of us. We’ll be doing a first draft presentation of this piece at the start of September in Dublin and later in the year in New York, so keep your eyes peeled for that! 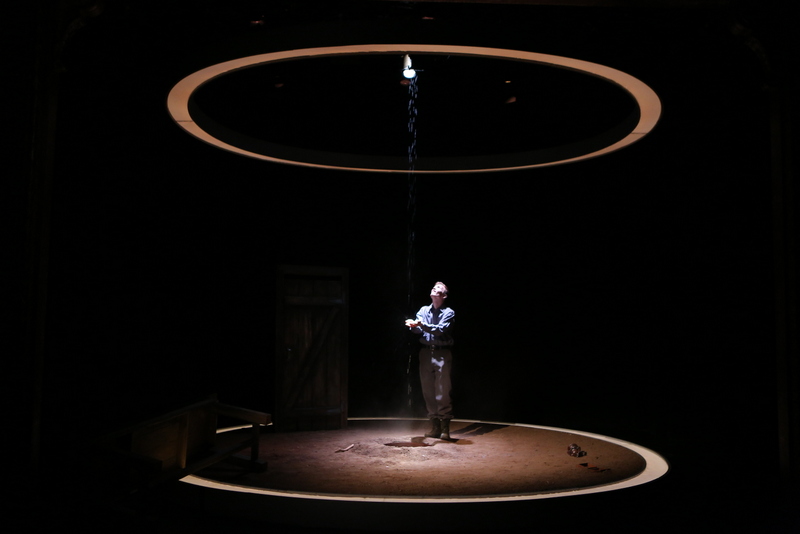