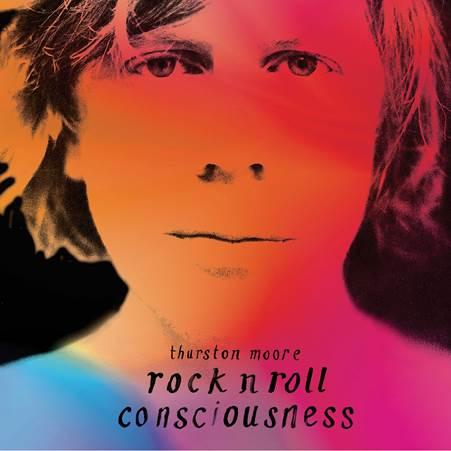 Thurston Moore returns with his fourth post-Sonic Youth album. Recorded with a band that includes My Bloody Valentine bassist Debbie Googe, it sees Moore in expansive mode, with just five tracks, two of which are more than ten minutes long. He seems to have made peace with his legacy in his former band, the songs contained here are rather excellent, in a Thurston-Moore-in-Sonic-Youth type way. Having Steve Shelley on drums adds to the Sonic Youth feel. The just under twelve minutes of Exalted provides as fine an opening as you could hope for, with a long, drawn out opening consisting of five and a half minutes duelling, trebly guitars chiming back and forth a la Television between Moore and second guitarist James Sedwards. This then morphs into some powerhouse headbanging riffs before kicking into the song proper. Cusp takes a more direct approach, with marching drumbeats and grinding guitars, but the track is pleasant without being revelatory. Turn On returns to the meandering laid-back vibe of the opener, and this really suits Moore and co. This sort of music follows on nicely from late period Sonic Youth and features awesome guitar work from Moore and Sedwards. Smoke of Dreams is also relaxed, not in a Demolished Thoughts (his 2011 solo album) introspective folky way, more understated with a slight air of menace. The track is all about anticipation, gradually building guitars amble along waiting for an explosion which never quite arrives. Aphrodite rounds off the album in a slightly more abrasive way but he can’t shake the melodic sensibility this album is drenched in, though it features a fine grunge-era midsong squalling breakdown.

It’s fair to say none of this is particularly new from Thurston Moore, though he and his band show how accomplished they are with these five lengthy, expansive jams. If you took any of these tracks and dropped it into any late nineties/noughties Sonic Youth album it would be a standout, and while at nearly sixty Moore is not quite kicking out the jams, he still has a sense of melodic cool, with an air of danger.