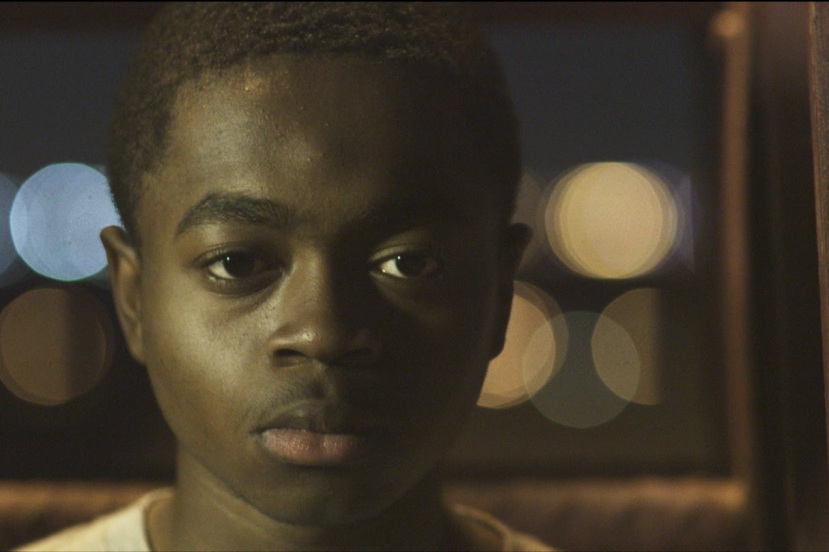 It’s rare to see a vampire film that is so thoroughly grounded in the real world, but that is exactly what first time feature writer/director Michael O’Shea does with Transfiguration. Set in a deprived area of Queens; teenage orphan Milo (a mesmerising Eric Ruffin) is a social outcast who lives with his older brother Lewis (Aaron Clifton Moten) in the housing projects.

While army veteran Lewis spends his days in front of the television, Milo divides his time between watching gruesome nature documentaries in his room, and wandering the city alone; carefully planning and executing vampiric attacks according to his own strict rules. To him Vampires are not other-worldly beings with pointed fangs, who must avoid the sun. Instead, becoming a Vampire is a vocation, and a compulsion.

Eventually this ‘freak’ strikes up a tentative friendship with new neighbour Sophie (Chloe Levine); who is also an orphan, and a misfit. While he shares his thoughts on vampires, introducing her to some of his favourite portrayals and criticising the ‘unrealistic’ Twilight; she tries to draw him out of his shell. This uncomfortable relationship provides some of the most satisfying moments of the film; framed by cinematographer Sung Rae Cho’s stunningly desolate views of a landscape ravaged by Hurricanes and Economics. However, each glimpse of crescendo in the film, is thwarted by a frustrating distance, evading further insight into Milo’s world. This is most apparent in O’Shea’s treatment of the blood-sucking attacks: Outside the suggestive opening scene (in which a passer-by runs from what he thinks is a sexual act, rather than murder occurring in a toilet cubicle), Milo’s crimes are only seen fleetingly; rarely revealing any context or consequence to the action. Ultimately this is a carefully crafted film, combining an intriguing premise, beautifully framed setting, and ominously minimal ‘white noise’ score. But though the interest in the psychology rather than the gore of Vampirism is fascinating; O’Shea’s allusive approach to the subject sadly prevents Transfiguration from being fully satisfying.