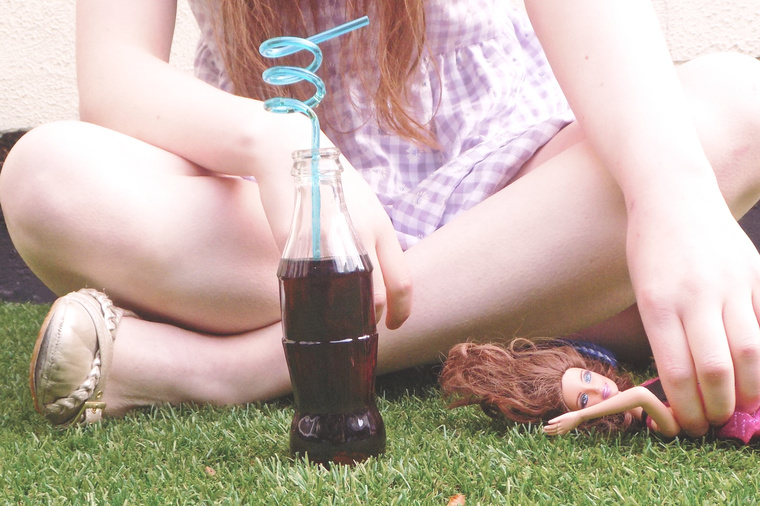 The setting is a Wexford beach. Two sisters, ten year old Lara (Ali Hardiman) and her younger sister Rosie (Tara Maguire), are playing not very contentedly as their parents are sitting (unseen) some distance away talking grown-up things with a female friend. They do not wish to be disturbed by the kids. The two sisters feel to a certain extent neglected and are somewhat bored. They yell a request for two more fizzy drinks which is refused. They mutter disconsolately of the changes in their lives… a sudden shortage of money in the family, a friend’s dad who has gone to Canada, Mum appears to have become more fractious and other such happenings.

However Dignam, through the kids’ chat and their innocence, describes some of the stresses and strains in the world of the parents. Hardiman is, as the elder sister, more knowing while Maguire is, by physical gesture and tone of voice, able to conjure up a grumpy kid. As they try to negotiate the weird world of the grown-ups, Dignam gives them some fine comic lines. At times, for brief vignettes, Hardiman and Maguire act as grown-ups as when they play a game of Mummies and Daddies. This has its own smile-making moments.

Although the beach scene with its buckets, spades, and sandcastles together with a big slide gives the impression that the ambience is one of sea side freedom, the separation of the two kids from the grown-ups ensures the kids’ world is not content. They are not carefree. Their antennae are highly sensitive and they discuss what they consider puzzling or unsettling in the behaviour of the parents. Dignam uses this device to shrewd effect.

This is Dignam’s second play which she directs jointly with Méabh Hennelly; both Maguire and Hardiman are at the beginning of their theatrical careers. The four together have created an insight into adult life as seen by children. It makes for an engrossing hour of theatre.