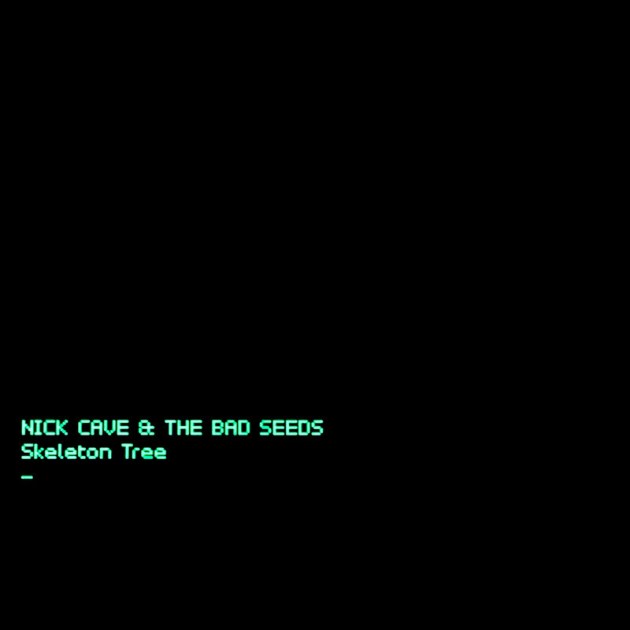 There is an overwhelming, almost deafening context to the latest album from Nick Cave and the Bad Seeds, with the terrible loss of Cave’s son.  It renders it practically impossible to discuss the album on its own merits, but here we will attempt it.

Low rumbling instruments open the downbeat growl Jesus Alone, like much of the material here it’s quite solemn.  Girl in Amber and Magneto are equally moody, feeling very much like a continuation of previous album Push the Sky Away.  And the lyrics?  Despondent lines such as “I used to think that when you died you kind of wandered the world, in a slumber till you crumbled, were absorbed into the earth” rub shoulders with the malevolent  – “oh the urge to kill somebody was basically overwhelming”.  Rings of Saturn is more melodic, Cave sounding serene yet resigned over swirling keyboards, and is one of the standouts on the album.

Anthrocene and Distant Sky are by no means his strongest songs , the former consists of the instruments groaning around in search for a tune, while the latter, a hymn-like duet with Else Torp, sounds way too close to actual music from a Mass., but these are exceptions.  The organ-led, sepulchral I Need You sees Cave singing in a higher register, sounding very emotional like the more vulnerable corners of Lou Reed’s oeuvre (Street Hassle era).  It’s quite affecting, with simple lyrics about how “nothing really matters anymore”.  The closing title track is possibly the strongest, sounding almost effortless as Nick Cave sings about how “nothing is for free” over a sparse, Day-of-Reckoning style arrangement of piano and organ, before attempting to convince himself that “it’s alright now”.  If anything, it ends far too soon.

There’s no Jubilee Street to break things up here, and it’s not something you’ll listen to everyday.  But despite the funereal atmosphere that is inescapable, the songs don’t drag, none outstay their welcome, with only I Need You close to six minutes.  As with most Nick Cave albums, but especially this one, there’s nothing you’ll hear on daytime radio.  More uneven than its predecessor and harder to get into, yet utterly compelling.