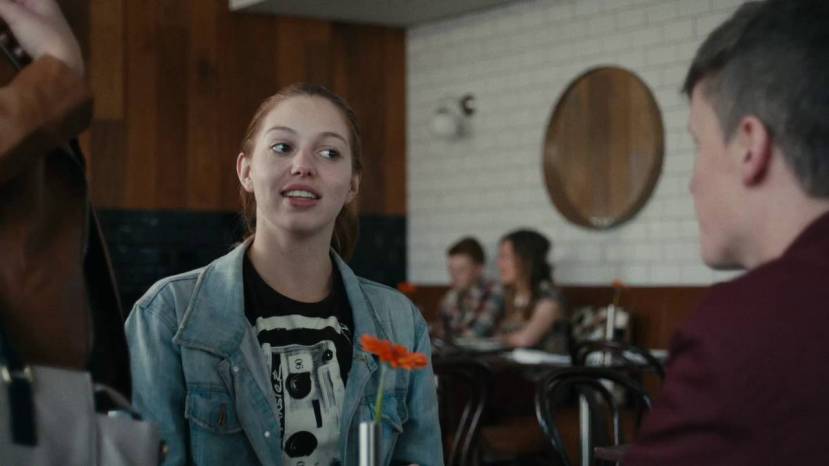 A Date for Mad Mary – Film Review by Frank L.

As the title suggests Mary (Seána Kerslake) is the dominant character in this somewhat comic pre-wedding drama. At the start of the film, Mary is being released from prison for a crime unspecified. Her best friend Charlene’s big day is a month away. Mary is to be chief bridesmaid. She asks if she may have a “plus one” to accompany her to the wedding. The only problem is that she does not possess a “plus one”. The surface story line is her search for the elusive individual. The more substantive story is Mary’s difficulty in growing up, accommodating to other people and in short becoming an adult. She has a fractious relationship with her mother and it seems with most bystanders which she encounters. She has a nasty habit of turning violent especially with a drink. Charlene , her old mate, has turned over a new leaf and become a responsible citizen. She is obsessed naturally enough with all the paraphernalia that goes with planning a white wedding, which accentuates Mary’s sense of alienation.

The background is a housing estate in some rural town in Ireland. The story includes one night stands and gay relationships along with the more traditional the old faithfuls of violence, alcohol and the church.

Seána Kerslake manages to evoke an empathy for Mary even when Mary behaves poorly. That is no mean feat as Mary is unpredictable and at times just simply unpleasant. Kerslake has a large pair of dark, beguiling eyes which she uses to extraordinarily good effect to reveal that there is something more complex within Mary than uncontrolled outbursts. As there are few scenes without Mary, Kerslake has to keep the volatility in check and permit the more contemplative side to be glimpsed. In Mary’s darker moments, Kerslake manages to conjure up within the audience a desire to be on her side rather than on the side of Charlene’s newly found conventional, formulaic success.

Darren Thornton has co-written the piece with his brother Colin Thornton. They have taken an overview of the many issues facing young adults in a not too-flush-with-cash contemporary Ireland. They portray a world of getting by, of seeking a bit of short term glamour. In choosing Kerslake, they found an actor to portray Mary who could be bloody minded and at times violent but also capable of revealing a more faceted personality. It was a good choice and makes their film engagingly worthwhile.