Q&A With Eric Heisserer – Writer of Lights Out 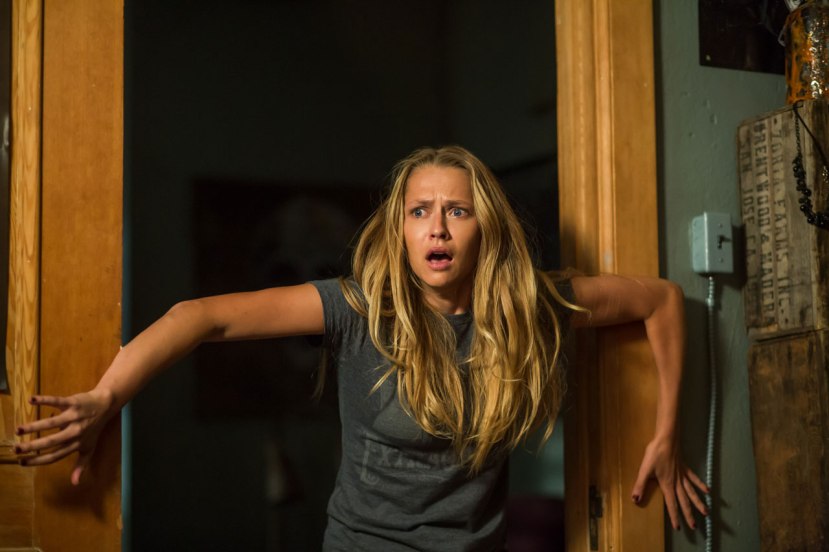 Q&A with Eric Heisserer (Screenwriter/Producer) – Writer of Lights Out

Eric Heisserer is the writer of the modern versions of horror classics such as The Thing and A Nightmare on Elm Street, and also wrote Final Destination 5. Lights Out is the latest project he has worked on, and it is produced by James Wan.

How did you get involved in Lights Out?  Had you seen director David F. Sandberg’s short film?

ERIC HEISSERER:  I saw the short film online, along with a few million other people when it went viral in 2014.  I was really blown away by it, but that was the last I thought about it until [producer] Lawrence Grey approached me and said that David had an idea for how it could be expanded upon, one that made me feel very excited.  I told Lawrence that I wanted to get involved and to be on the ground and help produce this film with him.  I also wanted to make sure that David would be protected because he definitely had a vision and I really believed that he should be the one directing this.  He knows the world and obviously he knows how to scare people, which helps.  So, when I had a window in December, I just locked myself away and ploughed through a first draft so that everyone had something to read by the first of the year. Suddenly the whole project was on rocket boots and we were off and running.

You wrote that draft in two weeks.  Did you get inspired?

EH:  It was a testament to the discussions that Lawrence, David and I had ahead of time.  We all knew the kind of movie we wanted to make and it was all still fresh in my head. Now and then you get lightning in a bottle and you’re able to plough through something with a lot of passion and excitement and hopefully you end up with a quality product – the opposite is true for me occasionally – but I’m excited that the planets aligned and it worked out.

I am grateful to say I am the only writer on this.  During the shoot, David did have some improvisational ideas that he wanted to work on and to tinker with some things.  That’s the director’s prerogative, and I was grateful that he had the room to do that and I was the one collaborating with everybody and making sure it was on course.  Even though I’m the one doing the writing, feeling like I have a voice really helps a lot. 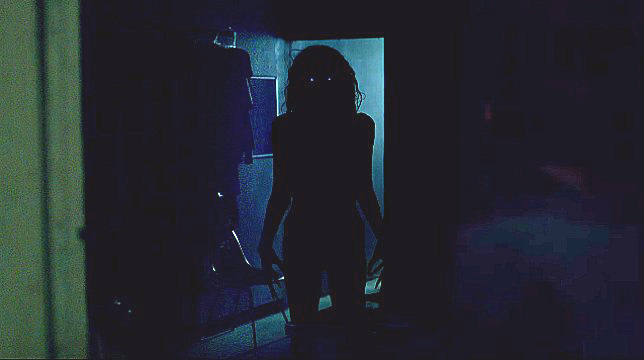 What was it like for you seeing these characters come to life with this great cast, with Teresa Palmer, Maria Bello and the others?

EH:  The gift that we got from our cast just kept on giving. It was a phenomenal confluence of both talent and believability. Not only did we get amazing performances out of Teresa and Maria, but there are a number of scenes where they’re in the same shot together and you really believe they’re mother and daughter. And even the young actress we got to play a young Teresa in a flashback, she’s a dead ringer as well.  You end up with an authentic feel to not only the acting, but the appearance. I love that.

What do you think David brought to this project as a director?

EH:  I think there are two amazing things that David has brought to this film as a director and someone who is working on an American live-action feature. The first is an incredible competency and depth of knowledge from camera equipment to visual effects tricks to lighting…. He’s played around with this on his own for so long.  He knows the intricacies of these things, so he can talk at a very high level to the other members of the crew and knows how to get things done at a budget and still have it be very believable.  There’s no greater testament to that than the various short films he’s already made out of his own pocket, he and his wife, Lotta Losten.

The second thing that he brings, which I found really endearing during production, was this solemnity he had about him, this calmness with which he handles whatever is coming at him.  It’s that ability, that unflappable nature, that allowed everybody else to be calmer, more serene about trying to make something that looks like a $20 million film for far, far less and on a tight schedule.

What was the most challenging part of writing this script for you?

EH:  I would say it’s the mythology of the villain. Any time you have a new monster or a new world you’re establishing, it’s very difficult to figure out how much mythology and how many rules you need to clarify for the audience versus what you can leave unsaid and mysterious.  That’s a dial that you constantly futz with, and that everybody involved continues to try and massage this way or that.  Figuring how much to talk about Diana’s backstory and how she operates versus just showing an audience by example how it works – that was the real trick.

Why does the concept of a creature in the darkness work so well?

EH:  There’s just something very primal about that. I had a hundred ideas for that, but the first one out of the gate was having a motion sensor on a light. I used to work at a company and these light sensors would activate after a certain hour.  So, if you were working late at the office, the overhead lights would just shut off and you’d have to get up and wave your arms to get light again. Then, to put something like this Diana creature in that environment just made everything a thousand times scarier because now you’re waving your arms to save your own life.