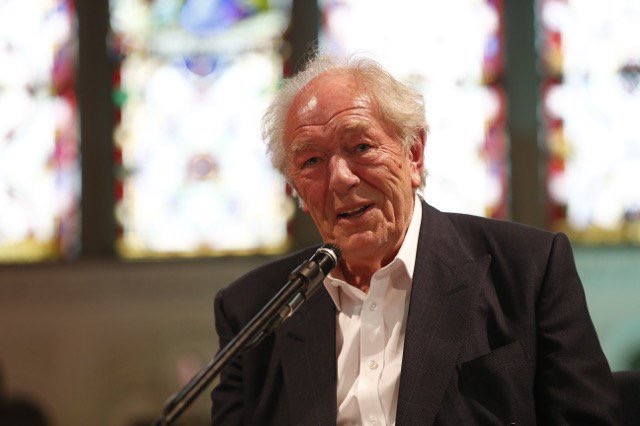 In its seventh year the Dalkey Book Festival ran from the 16th to the 19th of June, with this year’s theme being “migration, dislocation and exile.” The strong line up featured insightful minds and legendary performers such as Dambisa Moyo, Shashi Tharoor, Yanis Varoufakis, Malcolm Gladwell, Michael Gambon (the list goes on). 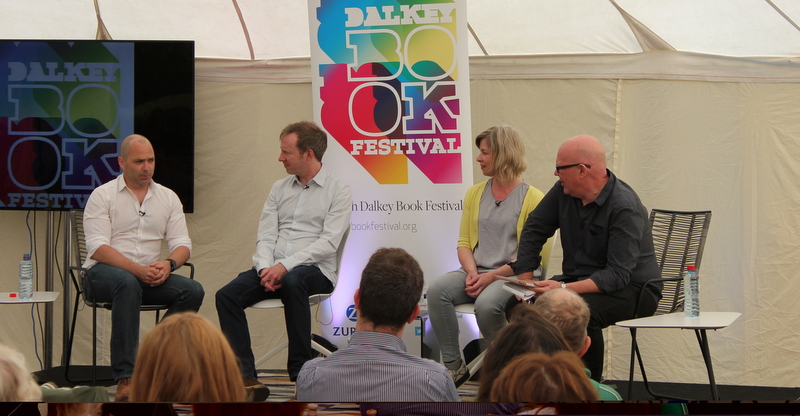 One of the Saturday morning panels of the three-day event, the “Golden Era of Irish Literature”, taking place in the Secret Garden marquee set the tone for the festival; a round table conversation between Irish authors Paul Murray (Skippy Dies), Donal Ryan (The Spinning Heart), Danielle McLaughlin (Dinosaurs On Other Planets), and Irish Times Culture Editor Hugh Linehan took the pulse of Ireland’s literary culture, its roots and its possible future.

In discussing the scene of 21st century Irish writing, Paul Murray made the erudite point of underlining the massive culture shift of post-Celtic Tiger Ireland from the small, poor, conservativism of ‘traditional’ Ireland, to its globalised, albeit badly scarred post-recession state. Indeed, the panel of authors was quick to dismiss the notion of a ‘Golden Age’ of Irish literature, outlining the paradox of a culture of Irish writers that is glorified and exported abroad, whilst simultaneously having an Arts and Culture department that has been utterly gutted of funding and suffering a genuine lack of new generation writers.

The resulting hour long panel is a moment of clarity in an industry often clouded by the Joyce and Heaney celebration of Ireland being a ‘nation of writers’, and the reality of writers striving to create unique and enthralling stories in a country whose culture continues to rapidly shift and struggles to define itself. 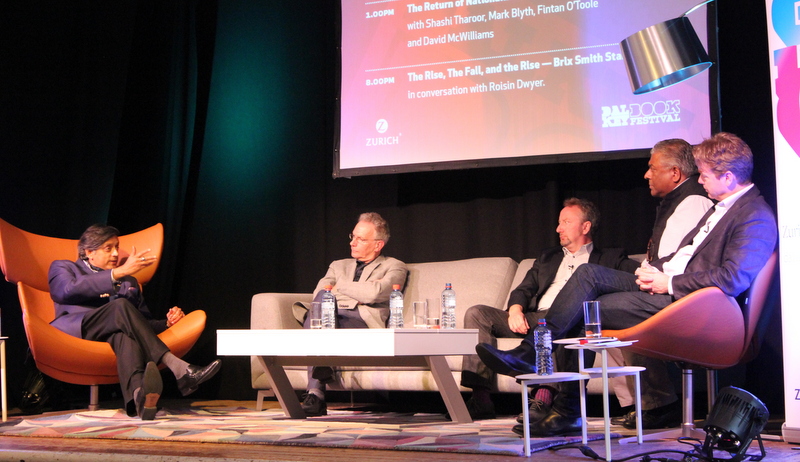 Following in the afternoon was The Return of Nationalism: the Next Political Earthquake, hosted by the collective genius of Shashi Tharoor (Indian MP, fmr UN Under-Secretary General of Communications), Mark Blyth (Professor of international political economy at Brown University), Fintan O’Toole (Literary Editor Irish Times), and hosted by David McWilliams.

60 minutes is simply too small a time frame to tackle such a subject matter as ‘the return of nationalism’, yet that didn’t stop the expert panel from taking a rhetorical scalpel to the multi-faceted scenes of Brexit, the rise of Putin and Xi Jinping, and the myth of a ‘post-national’ Europe. Contrasting the benefits of national identity as a common denominator a people can unite behind to define a collective self, to the populist streak we see nowadays in the Brexit and Trump phenomenon as a divisive wall to throw up between the “us” and the “them”. The rapid fire discussion sketched a comprehensive snapshot of the global stage, made all the more prevalent considering Ireland’s recent 12-month celebration of 1916 nationalistic glee.

Skipping across the global spectrum of nationalistic case studies, the veteran group of political experts showed a clarity and genius that cut right to the heart of an issue that is often misinterpreted, yet has never been more prevalent. In the days of Trumpian populism and explosive identity politics, it’s a conversation we should all be having. 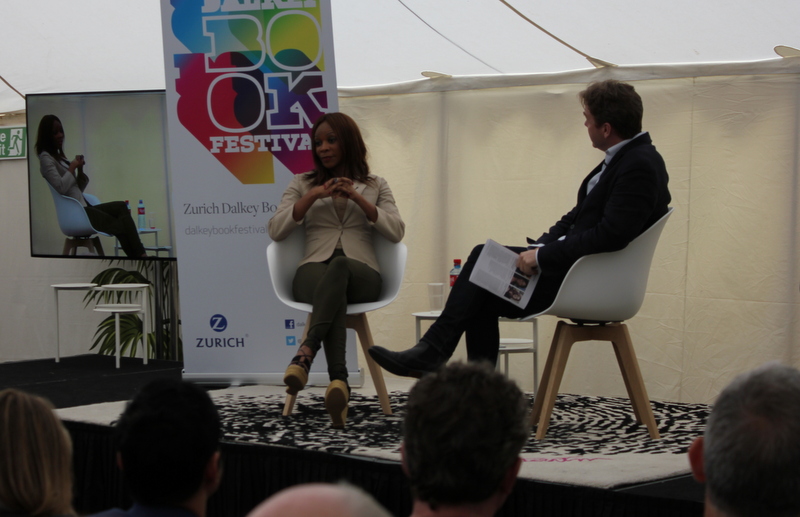 The highlight of the afternoon panels was Dambisa Moyo, the three time New York Times bestselling author and international economist, who sat down with David McWilliams to challenge, in a 60-minute window, the entire concept of Western-African aid, its often unseen consequences, and the underlying factors outlined in her bestselling book Dead Aid.

Indeed, analysing and redefining the argument of the West’s involvement in Africa, and the fundamental notions of Aid in such a narrow time frame is a task perhaps only a mind as utterly influential and encompassing as Moyo’s could attempt; adding wit and humour to what seems a paradoxical and utterly disheartening concept, namely the notion of good intentions ultimately being a detrimental factor to the continents growth and self-reliance.

Overall the panel was one of the headliners of the festival, and rightly so, as it offers a unique insight into the minutia of a problem the West often prefers to keep at arm’s length, told by one of the most qualified and enlightened minds of the generation. 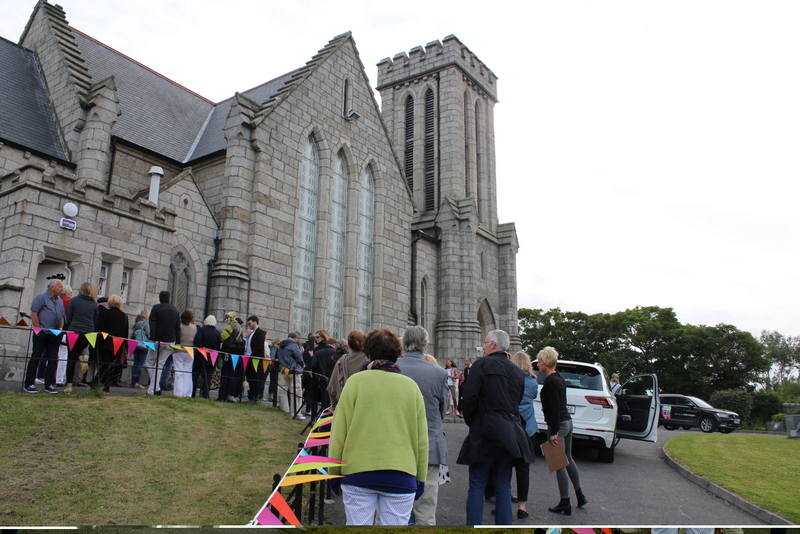 As the festival drew into the evening, the crowds gathered outside Dalkey’s St Patrick’s church for Sir Michael Gambon, the legend of theatre and film, sitting down with personal friend and Director of the Gate theatre, Michael Colgan, to a give a touching, funny and utterly inspiring performance with a simple conversation recounting his incredible life.

Michael Gambon, the star of everything from The Singing Detective, to Othello, to the Harry Potter franchise, is brilliantly eccentric and charming in discussing his early life and entry into theatre, sneaking into the industry through a few white lies, to his hobbies as a collector and repairer of vintage firearms and clocks. 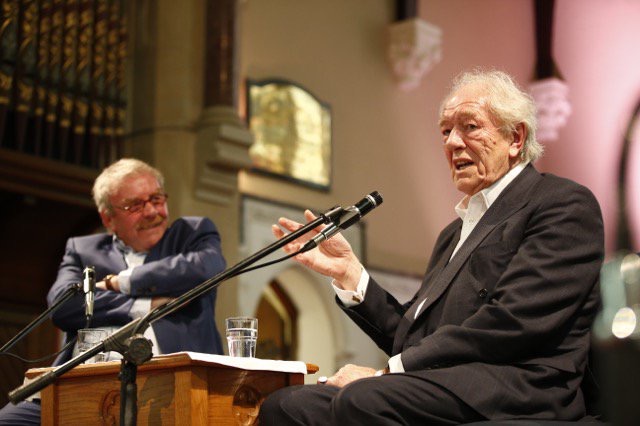 The level of charisma exuded by the man was everything that could be expected from an icon of the stage and screen, bringing the audience to tears of laughter with such stories as volunteering to fly a close friend around in his personal aircraft as a means to cure his phobia of flight, only to feign death at the controls.

In discussing his future plans, there is no avoiding the bitter sweetness of age, with Gambon suffering from memory loss to the point of making a conventional stage role impossible. Nevertheless, he hints at a possible production in the works, complete with a silent or even impromptu dialogue role for himself, allowing him to resume his love for the thespian arts. 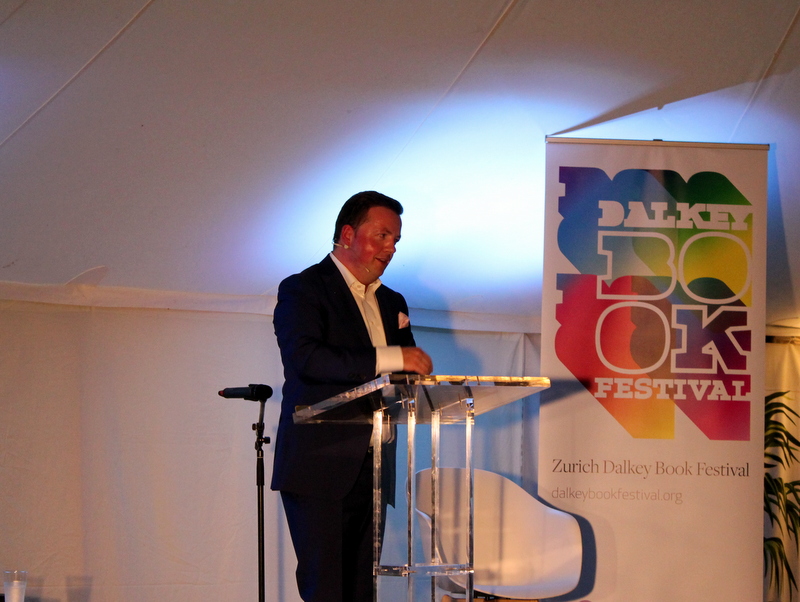 Oliver Callan launches into one of his trademark impersonations

Finally, at the closing of a festival so entrenched with the intellectuals of our day, and talks of politics, literature, and the future, there is perhaps no better candidate to wrap up the show than Oliver Callan, the veteran comedian and impressionist behind Nob Nation and the serial Radio/Podcast series Callan’s Kicks.

Sweeping into the seaside marquee in full Enda Kenny persona, Callan proceeded down his who’s who list of impressions, blitzing the political, the cultural and the celebrities alike.

Listening to the works of such series as Callan’s Kicks it is difficult to believe such a range of voices, from George Bush to Gerry Adams to Trump and Kenny, could be credited to one set of lungs. Yet there he stood, riffing his way across the spectrum of Irish and American political figures, finding the rants of Trump and the American electorate too tempting to pass up, in typical award winning style. 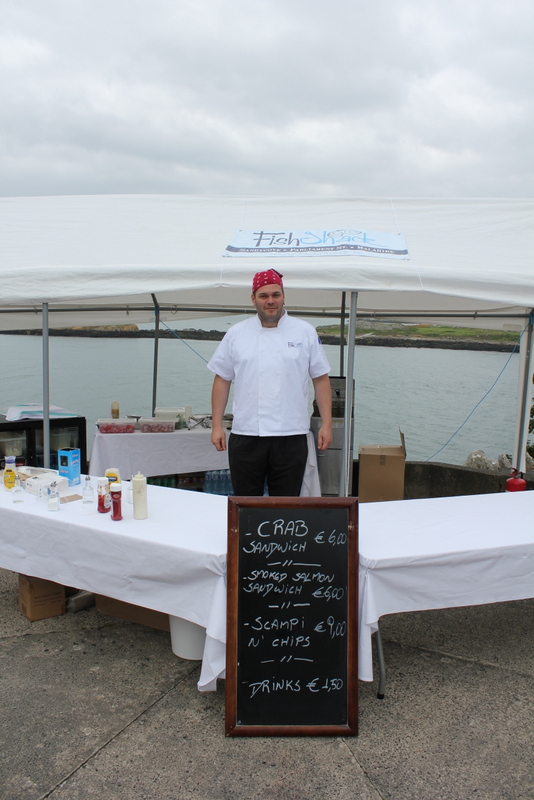 The Fish Shack prepares for the lunchtime rush

Overall the Dalkey Book festival, at first glance a simple celebration of culture and literature, punches far above its weight, drawing in some of the most enlightened and intelligent minds on the global stage. From its seaside locale, to the charm of the various booths, stalls and marquees, and helmed by the wonderfully entertaining and insightful David McWilliams, the Dalkey Book Festival represents one of the shining beacons on the cultural calendar; a simply unmissable event. 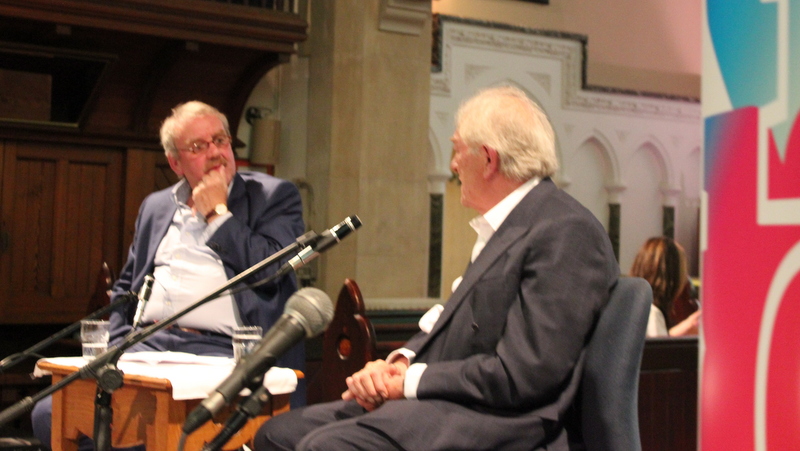