When Marnie Was There – Film Review 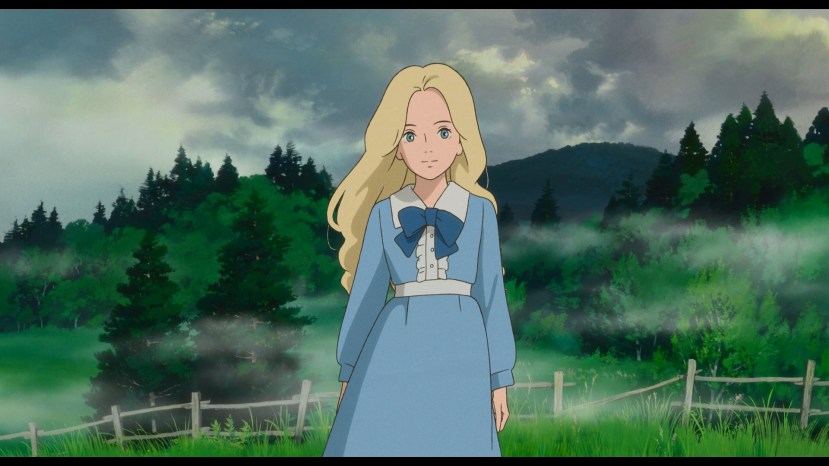 When Marnie Was There – Film Review by Emily Elphinstone

Over the last thirty years, Studio Ghibli has created a particular style of enchanted, lyrical anime films, which are instantly recognisable. But ‘When Marnie Was There’ is apparently their final offering; one of a three-piece swansong along with ‘The Wind Rises’ (the final piece for Hayao Miyazaki) and ‘The Tale of Princess Kaguya’ (the final piece for Isao Takahata) marking the retirement of both Miyazaki and Takahata, two founding members of the company.

Directed by Hiromasa Yonebayashi, ‘When Marnie was There’ is based on the book of the same name by Joan G. Robinson, which was included in Miyazaki’s list of ’50 Recommended Children’s Books’. It transplants the action from England to Japan, telling the story of Anna, a young girl from Sapporo who is sent to stay with her Aunt and Uncle in a sleepy seaside village, in the hope of easing her asthma (a polite way of saying crippling anxiety). Once there, she becomes mesmerised by the Victorian ‘Marsh House’, an abandoned mansion at the waters edge; and encounters Marnie, a small girl who apparently lives there. The two quickly strike up an intense bond, vowing to keep their friendship a secret.  Drawn back to the house again and again, Anna slowly learns more about the strange little girl, and herself.

Though less ‘magical’ than the likes of ‘My Neighbour Totoro’ or ‘Howl’s Moving Castle’, ‘When Marnie Was There’ maintains an other-worldly atmosphere, whose haunting mood has parallels with Hitchcock’s ‘Rebecca’. The nostalgic glamour of the house is contrasted powerfully with the wonderfully recognisable other characters of the village, highlighting Anna’s isolation from everyday life with their joviality.

Running at 103 minutes, the film feels a little too long, which dilutes some of its tension, and there are moments where the nostalgic pace loses its driving energy in the heart of the film. However, the score and stunningly detailed sound work seamlessly with the breathtaking animation, finally building to a dramatic climax. Some revelations toward the end are not hugely surprising, but they remain emotionally satisfying nonetheless. ‘When Marnie Was There’ is by no means Studio Ghibli’s greatest work, but it is well worth watching on the big screen, where one can really soak up the film’s atmosphere.