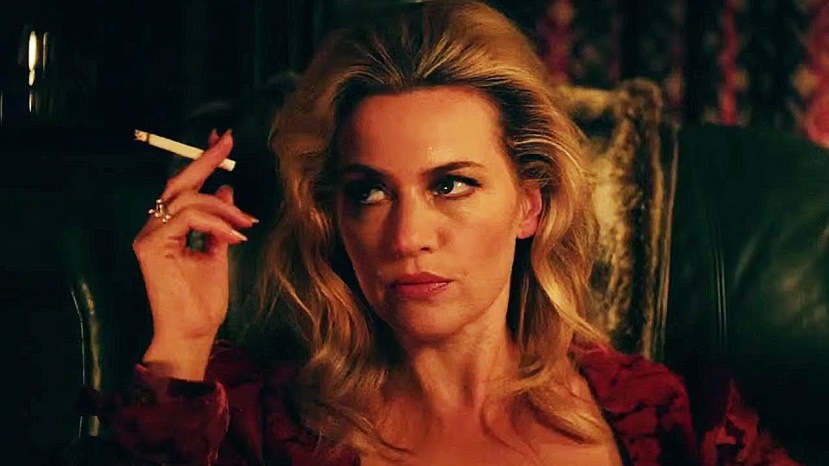 Boasting an all star and hugely acclaimed cast from the off  it is clear that this is an ensemble piece and not a star vehicle as they are listed alphabetically in the opening credits rather than in terms of accomplishments or box office power.

It kicks off with a hugely elaborate and well planned bank robbery pulled off by a mysterious gang but it soon becomes apparent that these guys aren’t your run of the mill criminals. They are actually acting on instructions from the Russian mafia and although they deliver the goods, they are informed that the job isn’t over and that they must undertake one more seemingly impossible heist. Realising that this will need an extreme plan two crooked cops in their midst suggest that they implement a Triple 9. This is where a cop is shot down leading to the 999 or Man Down call which will distract all the emergency services long enough for them to do the job. But after one member of the gang made a mistake during the first robbery a dogmatic detective is closing in on them and they face a race against the clock if they are to succeed.

This is a good old fashioned heist movie with a touch of Training Day thrown in for good measure. Unlike many ensemble movies we get a pretty good insight into most of the characters although it does mean that at times the story drags somewhat. The majority of the big names get plenty of screen time although one has to wonder if Gal Gadot’s role was bumped up somewhat following her Wonder Woman casting. No one really gives an astonishing performance but Winslet is noteworthy for her hamminess as the leader of the Russian gang. All big hair and 1980s power dressing it is as if she has decided to do a few movies nowadays just for fun and lose all the gravitas she usually displays in roles.

The script isn’t that strong and the plot is somewhat confusing at times since there is so much double dealing going on but what really works here are the action scenes which are gritty, realistic and well thought out. Ultimately though this always feels like it is never really going anywhere. Harrelson’s detective seems to join the dots far too quickly and it is almost as if there were scenes left on the on the cutting room floor that help this make sense but which we didn’t get to see.

A solid and somewhat engaging movie that doesn’t always deliver, this will appeal to those who like their action movies with star power and epic shoot outs.