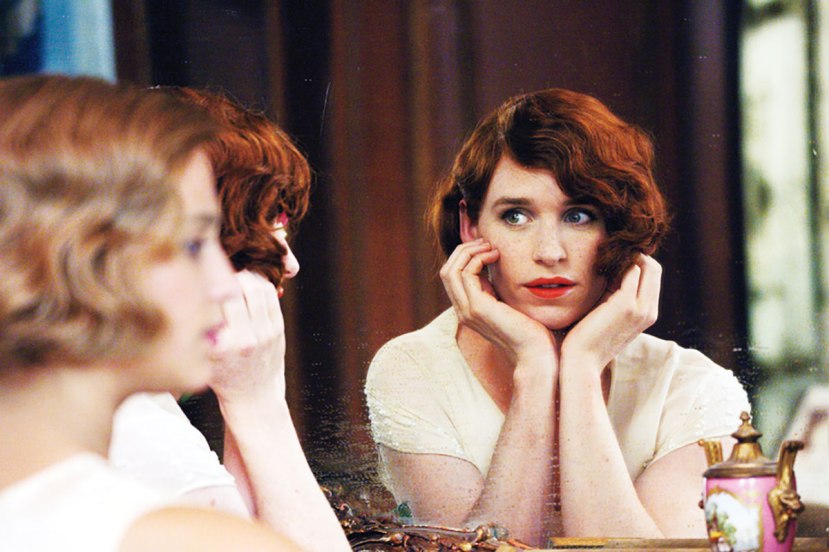 In a year where Ireland embraced transgender rights this movie seems rather fitting given that the subject matter is the world’s first gender reassignment surgery recipient Danish transgender artist Einar Wegener/ Lili Elbe (Redmayne). Although an autobiography Man into Woman was released two years after Elbe’s death this movie takes its inspiration from David Ebershoff’s 2000 book of the same name which is a somewhat dramatised account of her life with her wife, fellow artist Gerda Wegener nee Gottlieb (Vikander).

At this stage everyone has already seen images of Redmayne as Lili and there is no denying he is an extremely attractive woman but it would be wrong to enter this movie with a voyeuristic intent as this is not a sensationalised drama about gender issues. Rather it is a touching tale of a person’s struggle to be accepted as their true self. First getting in touch with his desire to be female when he models as a woman for his wife’s painting Einar has to navigate the conventions of society as well as his own personal conflicts in order to metamorphosis into Lili. In an era before such things were recognised or understood she must deal with her own conflicts as well as the prejudices of others all the while supported by her loyal wife.

Fittingly, given the protagonists background as a landscape painter, this looks like an art work throughout. Hooper has created a visually stunning piece. However that isn’t a tool to detract from the story and both Redmayne and Vikander are brilliant in their roles. While there has been criticism levied about the fact that rumours that Gerda was a lesbian aren’t addressed that is actually irrelevant to this story which is very much Lili’s.

What is encouraging is that Lili is never portrayed as a freak or an outsider and rather as a curious being slowly discovering themselves and the world around them. Watching Redmayne literally grow into her skin is a joy to behold and although anyone who has read the book or knows the back story is already aware of the ending you do find yourself hoping she gets her happy ever after. Although many directors would have felt the temptation to speed up her transformation Hooper takes his time and it feels organic rather than forced.

Being based on Ebershoff’s book does mean that some of the facts are distorted and if you want to know more about Lili’s life you should probably read the aforementioned autobiography. However, this does serve as a lovely tribute to a brave woman and is a beautiful story. Compelling, touching and heart warming this deserves many accolades.