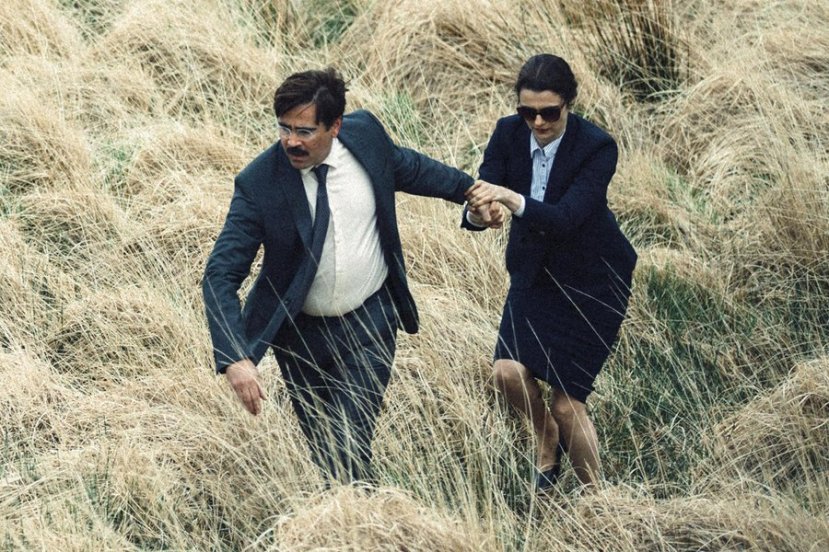 The Lobster, Greek auteur Yorgos Lanthimos’ first English-language feature, is both a logical progression and a departure from the singular worldview expressed in his indelible breakthrough film, Dogtooth (2009). If the precise control of Dogtooth had tightened into a kind of calcification for Lanthimos’ follow-up, the austere Alps (2011), The Lobster feels warmer, and more approachable. Warmth and approachability are relative concepts, of course, and the fact that The Lobster is Lanthimos’ friendliest film shouldn’t be taken as evidence that he has ‘gone soft’.

The new film’s narrative doubles down on the quotidian/surrealist terrain staked out by Dogtooth and Alps, following downtrodden protagonist David (Colin Farrell), as he is mandatorily checked in to a hotel occupied exclusively by single people. Here, these hapless individuals are given a set time-frame in which to find a partner, under the reproachful eye of Olivia Colman’s Hotel Manager – a sure-fire candidate for the upper tier of cinema’s most memorable monstrous bureaucrats. Those who fail to find a mate will be transformed – through some mysterious process – into an animal of their own choice. David – accompanied by the dog that was once his brother – selects a lobster, and seems grimly resigned to his fate, until unexpected stirrings of rebellion begin to manifest beneath his stolid façade.

In synopsis, The Lobster sounds like an ashen-faced Logan’s Run, with a twist of magic realism. In practice, it is odder than that. Tempting as it is to read the film as an allegory – perhaps most obviously of contemporary society’s orientation toward the couple over the single individual – the film resists definitive interpretation. It also divides quite neatly into two sections – the first taking place almost entirely within the hotel, while the second moves beyond its boundaries to the woods and world beyond, where David encounters revolutionary “Loners”, led by Léa Seydoux (whose prickly self-possession makes a snug fit for the role). The first half combines dry humour with the irresistible interior logic of a fairy tale, and the combination is largely bewitching. A few moments of surprisingly broad humour feel like a departure – if not a concession – for Lanthimos, but the playing is so deft (particularly by Coleman) that furtive titters prove hard to resist.

The second half of the film seems likely to be more divisive. Focusing on David’s burgeoning relationship with a fellow ‘loner’, played by Rachel Weisz (who also narrates, with a pleasingly dry intonation), the latter stages of the film feel tonally closer to Dogtooth, but follow a course that all but abandons the central metaphor of human-animal transformation. Lanthimos eventually reveals himself to be more interested in paralleling twin dystopias – the hotel and the loner encampment – than he is in investigating the poetics of what it might mean for a human to become an animal. Strangely, species transmigration is presented as broadly analogous to death, which seems a rather flat understanding of the process of becoming animal, particularly for a filmmaker with such a keen observational-analytical eye, and such a singular marriage of imagination and rigour.

This is a relatively minor complaint, though, when the film is so assured, so well performed, and so consistently entertaining. For a full two hours, Lanthimos suspends us somewhere between recognition and alienation, and manages to make us laugh at our predicament. Perhaps it’s a measure of his achievement that he leaves us wishing he had taken us to a stranger place again.