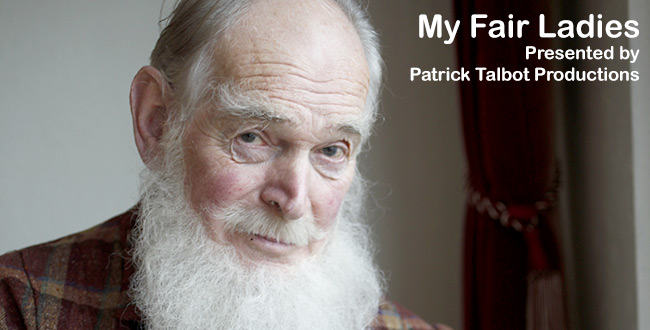 Phrases such as “consummate professional” are often used to describe Des Keogh, not just by theatregoers but by directors and other theatre makers who have worked with him. The phrase is so overused that it no longer carries the full weight of approval that the term and this actor deserve. Now in his eightieth year, Keogh carries lightly the acumen of his sixty or so years on stage. In this show, devised by himself, he is seamlessly and supremely in control of his material – the life and work of G.B.S. He inhabits the stage, establishes an instant rapport with his audience as he leads it on a round of incidents and anecdotes from Shaw’s personal life and his life in theatre. Keogh’s performance is a classic case of the art that conceals art: interpretation, timing and vocal projection are perfect. These are not skills to be taken for granted: in the current production of one of Dublin’s major houses an otherwise superb performance is weakened by frequent inaudibility.

The ladies of the title include Shaw’s mother, his wife, some of his theatrical characters and the flesh-and-blood actresses who created them, such as Mrs. Patrick Campbell and Ellen Terry. The first half of the show teases out some of the complexities of the man himself, his relationship with his mother, his (non-sexual) relationship with his wife and his relationships, sexually fulfilled and otherwise, with other women. The second half concentrates on key characters from his work such as Eliza Doolittle and St Joan. Throughout, Keogh is fluent and confident, communicating a real sense of the man and the work.

The show is elegantly set and the lighting is appropriately atmospheric throughout. Keogh’s lifelong love of music may explain its occasional overuse. and intrusive. An orchestral overlay is not only superfluous but detracts from the famous St. Joan soliloquy, while the singing of barely two lines of Voi che sapete is hardly required to accompany the information that Shaw’s mother had a lovely mezzo soprano voice. However the Don Giovanni arias neatly allude to Shaw’s philandering and anyway this is a small quibble with a thoroughly enjoyable and, yes, thoroughly professional show.

Well worth the visit for fans of Shaw – or Keogh.