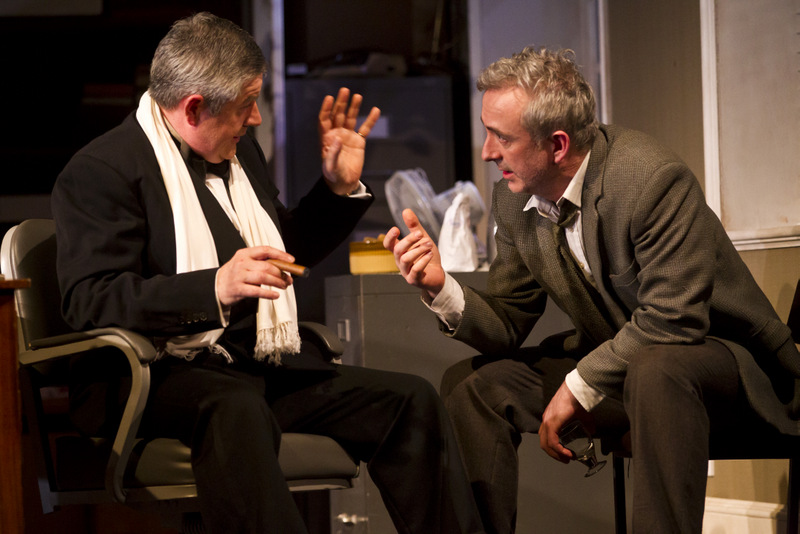 J P W King (Conlon) is a Dynamatologist, a quack that offers easy answers to anyone willing to pay. He is in his office that doubles as his apartment when a mysterious stranger (Conway) arrives who asks for his help. The stranger will not give his name or any other facts about his life, but claims to be a successful building contractor who is worth millions. King is a little taken aback by the nature of the problems the man is suffering from. It is clear that he has quite serious depression and an unusual aspiration to be able to sing like the Opera singer Gigli!

The sub-plot to this story is the relationship between King and Mona, a married woman who he met some years earlier in a supermarket. King seems somewhat contemptuous of her, meeting her at times and hiding from her at others. She seems quite fragile and needs attention from her lover.

The play delves into the nature of mental illness, depression and alcoholism, while managing to keep the interaction between the characters humorous and captivating. The language and word play is sharp and witty. While the character of King has no qualifications, he is a well read and able to spout the theories of Freud and Jung. The stranger reveals facets of his life that may or may not be true, some contradict each other, while others ring true.

This is a play that does something quite impressive, it manages to command the attention of the audience without having a clear plot or story arc. It is about the characters and the dynamic between them. The relationship between the ‘doctor’ and patient alters to that of friends and beyond over the course of the treatment. This is a play that is carried by the actors and the two main roles of Conway and Conlon bring the piece to life and transport the audience. They are two stalwarts of the stage, and have worked together on numerous occasions. Their ease with each other is evident, as is their rapport. Some may feel it is too heavy in existential angst, but it is an impressive piece of writing that will last with you long after you leave the theatre.