Collaborations 2015 is billed as the ‘festival of ideas’ and returns to Smock Alley Theatre for its fourth year! This is a festival that aims to showcase the young theatre talent of Ireland, of which there is much! The festival runs between February 18th to March 7th 2015 and is the biggest yet, featuring over 60 companies! Something for everyone… You can find full details of the Collaborations Festival here.

Here are some of our choices of what to see!

The Impossible Address – A Work In Progress – We’ve featured Martin Sharry a number of times on the site, and his work is always interesting and innovative. This promises to continue the trend!

Theatre maker Martin Sharry and Sound Designer Brendan Rehill are collaborating again. Their previous work resulted in winning the National HearSay award 2014. This piece continues with the sounds of Aran as the source of inspiration. However this project will experiment with the live context. The focus will be on language, Irish and English, for its sonic quality and will aim to allow sound foreground some story if any.

Changed – Director Aonghus Og Mcanally has drawn us to this one. He’s an experienced hand from many Fringe events.

4 women. 4 stories. 1 night. A universal ordeal known to many, felt by many. CHANGED is quick, brutal, and blunt.
‘The music roars as I pull and pounce, a voice in my ear, “LET’S GO”… I cannot speak and am led into a world of darkness. ‘

Today is a big day. An important day. Stick to the facts. No tangents. No life story. Only tell them what they need to know. There’s a lot riding on this. Join Charlie as she tries desperately to – for once in her life – keep her mouth shut.

Written and performed by Clare Monnelly
Directed by Aaron Monaghan

RED PILL: the nice guy’s lament – We feature Mr. Hallahan’s earlier work ‘Liam Hallahan buries his Da live on Stage’ here, and really quite enjoyed it. We’re looking forward to seeing what he has come up with for this year’s show.

Written and performed by Liam Hallahan 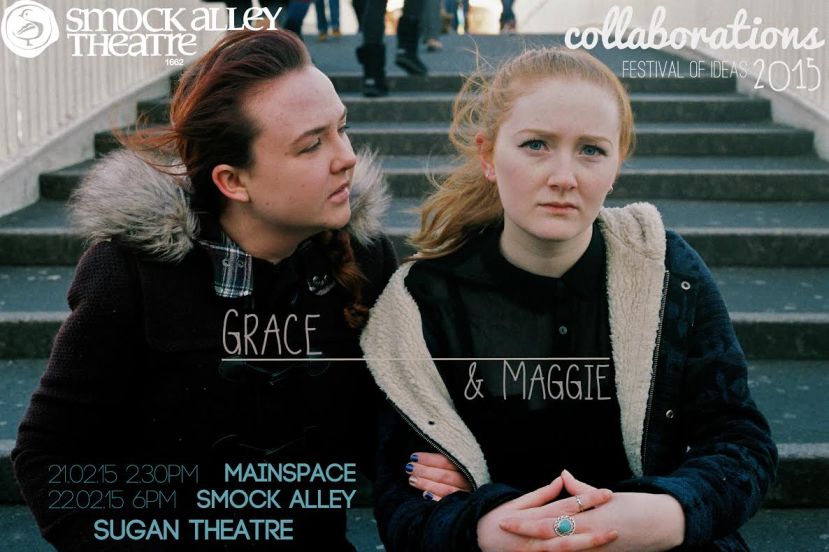 Grace and Maggie – We’ve seen an earlier incarnation of this at the 2014 International Dublin Gay Theatre Festival. It has since been extended into a full production.

Grace and Maggie are two young lovers struggling to preserve a monogamous relationship when faced with everyday social anxieties, prejudices of the past and uncertainty of the future.

A house-warming dinner, and a visit from Grace’s father takes it psychological toll on the girls –and the future of their relationship seems increasingly ill-fated.

Cirque des Rêves – Katie McCann is a regular on the smaller stages around Dublin, having performed in Theatre Upstairs on numerous occasions. This is a cricus with a twist, with a touch of the supernatural involved.

Step right up to see the marvellous, the stupendous, the heart stopping Cirque de Rêves.

The greatest show on earth. Where the wonders of the natural and supernatural world meet and nothing is ever what it seems.

Locked – When the wonderful Emily Elphinstone is not writing or performing her own work, she has been known to grace this site with her many talents. One of our own on stage, so I couldn’t recommend it more!

Will the chemistry you felt online really translate to real life? After hitting it off on Tinder, Ryan and Gemma find themselves at the same house party. Then they find themselves locked… in the bathroom.

This is the story of managing expectations, keeping up appearances, and what happens when you finally get to know the person behind the emoji.

The fun thing about this festival is discovering new people and ideas, so really you should support it if you can. There’s so much talent out there on the streets of Dublin!

You can find full details of the Collaborations Festival here.