Out of Here – Movie Review 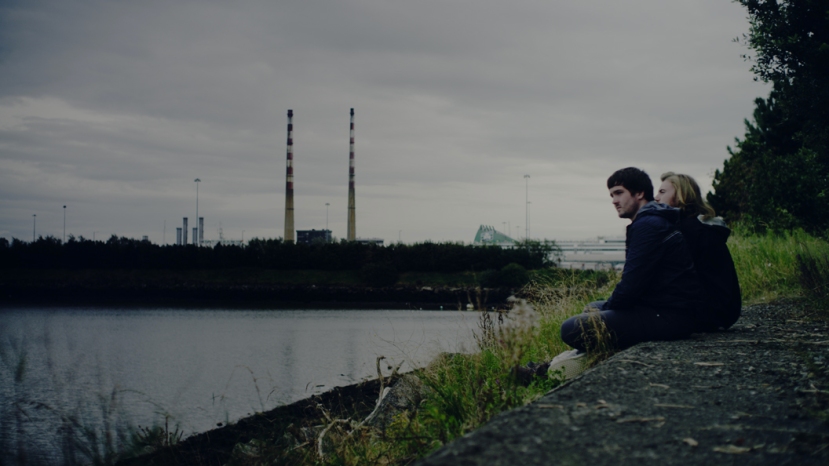 Out of Here – Review by Frank L.

Ciaran (Fionn Walton) returns to the Dublin which he left as a college drop out a couple of years earlier. He goes back to his parents’ house. Nothing has changed other than a new kitchen which is the centre of his Mother’s (Gina Moxley) world. He encounters a new girl friend Melissa (Aoife Duffin) and tries to connect with an old one Jess (Annabel Rickarby). He visits his old haunts but they are no longer his haunts. He is at a distance from his former friends and acquaintances. And they themselves have little purpose other than socialising with each other. None of them have any idea what they are going to do with their lives other than meeting up for a couple of drinks. There appears to be an acceptance to move with the tides of Dublin Bay as they advance and retreat…nothing more.

While it would be difficult to say that the underlying drift is uplifting, Foreman has through his cinematography captured in his street scapes of Dublin and of its bay unusual and oblique angles which engage. They reflect the awkward angles at which his cast of young, not very articulate, Irish citizens make to the society in which they have matured and now find themselves a part. None of them have much idea what that part ought to be or might be.

The society which Foreman depicts is the reality for a group of young people for whom third level education may not be the most suitable destination but that appears to be all that is on offer where the prospects of paid employment are remote. The ennui which he depicts exists inexorably for them. Out of Here is a serious contribution to the state of Ireland in 2014 particularly the generation who are in the latter part of their education. The more thoughtful of our politicians, senior civil servants, educationalists and anyone who is concerned about the state of Irish society would do well to use 80 minutes of their time to watch this film and contemplate its contents.