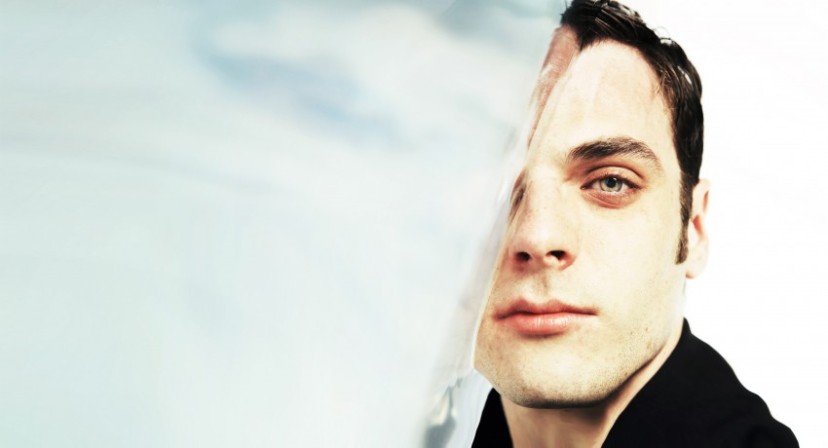 Mention the words “Greek Tragedy” to many young people and they completely zone out. However this didn’t deter acclaimed award winning theatre group The Company who take a sideways look at The Oresteian in this work. Stripping it completely down to its bones they investigate how today, as in the past, we are all responsible for the tragedies that befall us using the play as the glue to hold their argument together.

There are no stuffy classical sets here. Rather the stage is pretty bare with a hanging canopy being used to great effect and adding to the feeling of claustrophobia that permeates this work. The same is true of costume with all three actors casually dressed in shorts. Rather than act out the whole play they tell us the story in abridged form while demonstrating certain scenes almost as if they were in the rehearsal room.

At times they blur the line between actor and character in order to emphasise their underlying theme. They use action to great effect, debating the empty gesture before increasing its significance and tiny movements performed early on become integral as the show moves forward. The tension builds beautifully as the actors and the characters they are playing succumb to their inevitable fate.

There are some beautiful projections onto the canopy but on the whole it is left to the actors to engage us with their physicality and all three are excellent in this regard. They work well together and are very brave in some of their choices. The script is well written on the whole but does drag in parts. They have disseminated it in such a way that a working knowledge of the play that inspired it is not necessary although you may take more form the show if you are familiar with it.

Energetic and cleverly staged with a great premise this doesn’t always hit the mark but when it does it does it beautifully. It never takes itself too seriously and makes Greek Tragedy incredibly accessible. It probably won’t resonate with everyone and you don’t have any strong feelings about the characters either way at the end but this is worth a look if only for the fantastic dynamic between the three performers.