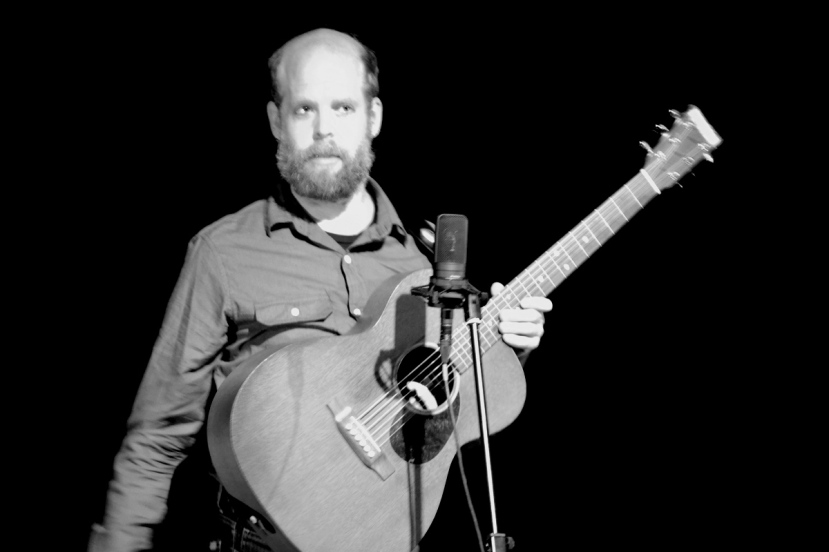 Will Oldham took to the stage just after 9 in a packed theatre in Dun Laoghaire. The atmosphere is always a concern for gigs in theatres, as people are not sure how to react. They clap and roar after songs and then go quiet and whisper to the person beside them. It’s like some theatre instinct has kicked in, and we’ve returned to a state where rustling sweet papers is unacceptable! Will broke down the barriers and there was a nervous excitement in the air, and even though he couldn’t see the audience due to the spotlight trained on him at all times, he spent the gap between songs chatting about his life and work.

He said when he decided to tour alone, he knew interaction with the crowd would have to be a large part of it and it was easily the most chatty I’d seen Will in the many times I’d seen him perform previously. We got to hear about the Oldham family farm, where a number of his early albums were recorded. It has been in the Oldham family for generations and is just about to go up for sale. It was obvious he had some mixed emotion about the sale, but said that the house was being eaten by mice at this stage. He also talked of his more recent albums, which were recorded  in Nashville. He talked of the magic on albums recorded there, which was to be expected as magicians lived there!

It was not all straight forward banter and there was also a touch of madness. We heard of the shrew that lived just behind his ear (Allah?) that tells him when he was allowed to drink! He also offered a shrew to anyone who wanted one, as his one could self replicate.

The set list contained a whistle stop tour of his early albums, before settling on his more recent work. The highlights were New Partner, Black Captain, A King at Night and I See A Darkness but a number of his cover versions worked really well. The two Dons featured through the evening, Don Everly and Williams, with a number of cover versions of their work.

The mix of simple guitar music and chat continued until just before 11, when he left the stage after a two song encore. It was a lovely night of music and the stripped down performance allowed you to appreciate his wonderful wispy and reed like voice that flails and turns at a moments notice, almost uncontrolled by its owner. He’s a one off and we like it that way.

Will Oldham will release a new album ‘Singer’s Grave a Sea of Tongues‘ on September 23rd of his year.

Lisa O’Neill was the support on the night, and it was the third time I’d seen her take that role recently. She performed before Sam Amidon and the Unthanks in recent times. She is an artist doing her own thing and very much in a world of her own. She is slowly winning the hearts of many around Ireland, and her reputation continues to grow. She played a lovely set last night with a song for a departed relative (Neillie’s Song) the highlight of the short set. 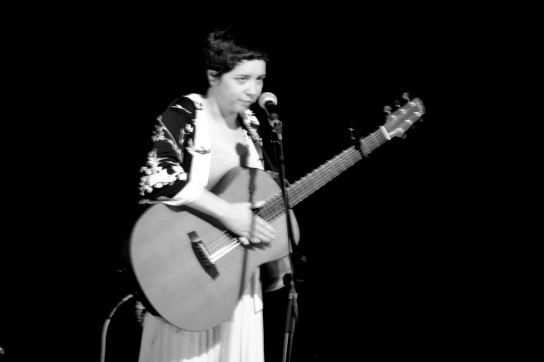