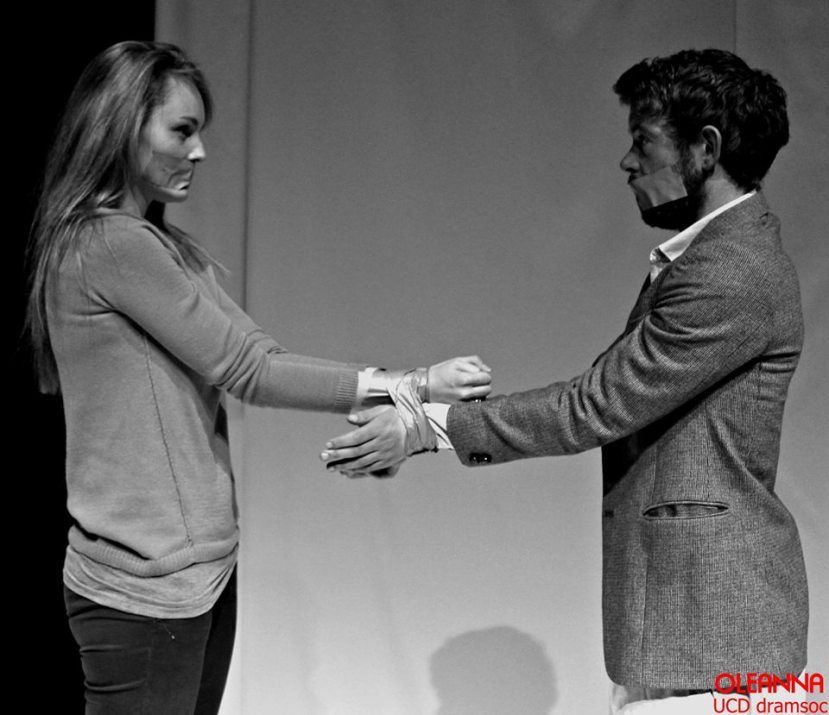 Oleanna, written in 1992, is an exploration of the power struggle between a college professor and his female student,  who accuses him of sexual misconduct and ultimately costs him his tenure, new home and possibly his marriage.  It premiered as the first production of Mamet’s company Back Bay Theatre with Mamet’s wife, Rebecca Pigeon, taking on the role of Carole, a character praised by critics as Mamet’s most fully realised female character. John was played by William H Macy who would reprise this role in the movie version of the play, directed by Mamet in 1994.

The play was produced at a time in America where a case of  sexual harassment was being played out in public with the infamous  Clarence Thomas- Anita Hill hearings. In 1991 Thurgood Marshall, the first African American judge to be appointed to the Supreme Court was retiring. He had fought the good fight for civil liberties and ended segregation of races in public schools in the 1950’s. President Bush saw the opportunity to replace him with a more conservative judge and appointed 43 year old Clarence Thomas, an African American man who would uphold the racial balance of the court but who would uphold conservative values when it came to issues like abortion etc.  It was a highly controversial nomination where people felt that his conservative values would in-fact reverse many of the civil rights gains that Marshall had fought for. Women’s groups railed against this nomination fearing Thomas would overturn women’s rights to abortion. When his nomination was in front of the Senate, suddenly Anita Hill, a law professor from the University of Oklahoma came forward with an accusation that Thomas had sexually harassed her when she had worked for him years earlier. In Thomas testimony about the accusation he said that the hearing’s were a “high tech lynching for uppity blacks”. Ultimately it came down to one person’s word against the other. In the end the Senate voted 52-48 to appoint him as Supreme Court judge. The long term consequences was a national awareness of sexual harassment in the workplace and cases filed doubled in the years between 1991-1996.  After the verdict Mamet rewrote the third act of the play, as an impassioned response to the hearings.

In a West End production, directed by playwright Harold Pinter, Pinter chose to stage it with the original ending in which John capitulates to Carole’s  demands for censorship, emphasising the most destructive parts of her political correctness agenda. Pinter chose to show Carole as a suffering human being who had more than a little justification for her rage. He chose to show her challenging  a value system that no matter how liberal is based on a male system.

The world has moved on considerably since the Clarence Thomas case and has been changed by our awareness of such cases. We are more careful about how we speak, carefully judging any physical contact with each other in the workplace, more likely to have meetings with the door open and always conscious of how the other person is construing our interaction. Media pundits often complain that we live  in a world of political correctness gone mad. So, does Oleanna still give the audience the  same visceral response of the audience watching in the early 90’s? In fact in the opening weeks of the play in New York, men cheered at the final scenes where John physically attacks Carole.  Is Oleanna about political correctness or miscommunication? Some critics hold that it is Mamet raging against political correctness and how it has destroyed mutual trust and personal interaction that makes academic freedom possible. The final message of the play is with the director and how he chooses to steer the play.

Last night was opening night in Dramsoc’s production of Oleanna. Dramsoc is putting it’s new theatre to good use by producing a summer show to highlight the societies wealth of talent. Today ex Dramsoc members are treading the boards from Dublin to Broadway, earning Tony Award nominations and Emmy’s. A two hander, such as Oleanna, with its stark staging, gives the actors no where to hide. They must be pitch perfect, completely natural and draw the audience into this story where the audience must act as witness, deciding who is telling the truth. The director, Ciaran Gallagher, made the bold choice to give the play a soundtrack of a ticking clock, the metaphor for the ticking time-bomb about to explode onto the stage. However the effect was somewhat lost in the looping of the sound, where it faded out and in again not necessarily in tempo. Gallagher admits in his directors notes in the program that the show, produced hundreds of times by professional and amateur companies, can struggle to find a fresh approach and vision. He and his producer explored different ways in which to make the production feel fresh and up to date. The staging was very simple and I was struck by how much like the UCD academic offices it resembled, rather than the plush offices held by Ivy league professors.  However, I think there would have been merit in producing the play with it’s original ending.

Carole and John are both unlikable characters, the director can decide if the actor should play John as a man physically attracted to his student, culpable in his heart, or a man guilty of academic vanity and paternal posturing but essentially innocent. And indeed he is innocent, because we see what happens between them in Act 1. In a dramatic slight of hand, Mamet shows the nervous, defenceless student turn into a vindictive accuser in the second half. But we have to question the motivation behind the accusation. It can be easily missed as an audience member, especially if the piece is mispaced, the importance of The Group, mentioned by Carole as her support system as she makes her complaint against John. The Group are working behind the scenes, their agenda is to censor free thought by any means necessary. The Group create a situation where John’s life will be ruined unless he gives into their demands. And John ultimately becomes a hero of the first amendment.  The Group, although not implicit, can be read as a feminist lobby, particularly because of Carole’s accusation of sexism against John.

We don’t live in a world where student/teacher harassment is a thing of the past. In fact everyday I read on Huffington Post a new story of teachers charged with sexual misconduct.  Feminist writer Naomi Wolfe spoke out about her own experience of sexual harassment from her college professor when she attended Yale, but the response to the accusation was that she was denounced by right –wingers for discussing it in public, with one media commentator going so far as to say that she owed the professor, who she had named, a public apology. Wolf advises extreme caution in making such accusations as it is so often the accuser who will be punished rather than the accused.  And so the most famous play on this issue presents it as a student who is making false allegations in order to blackmail someone into banning a book? Maybe one day when accusers have true recourse against those they accuse, Mamet will have cause to be paranoid about female power. But until then, presenting Carole as a manipulative, conniving blackmailer, or even worse, a puppet of questionable mental capacity being steered at the hands of a nefarious group  does nothing to change how we as a society react to such inequality. 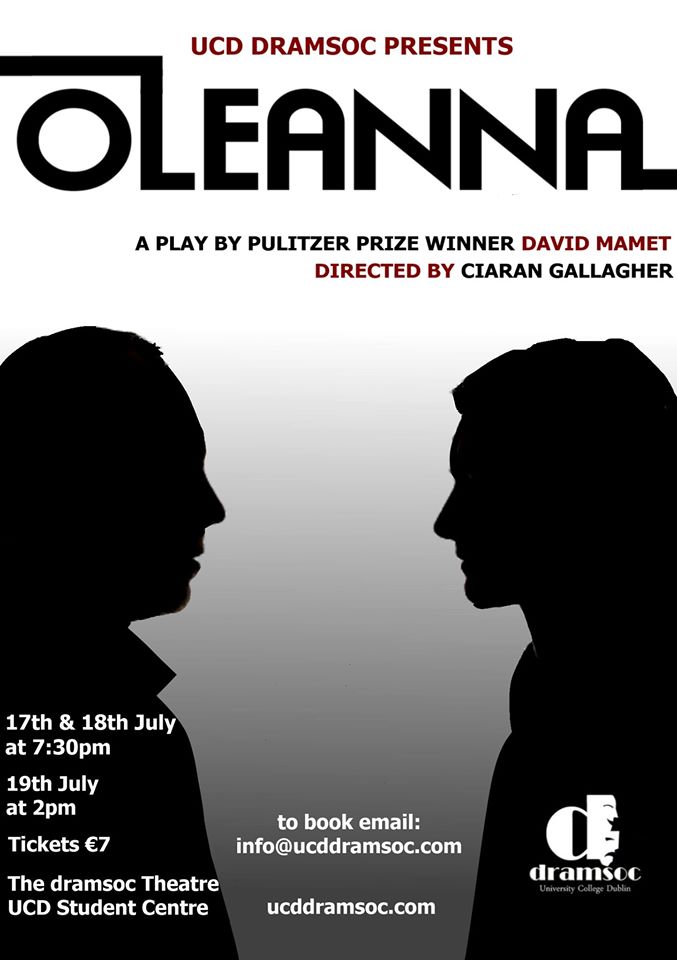