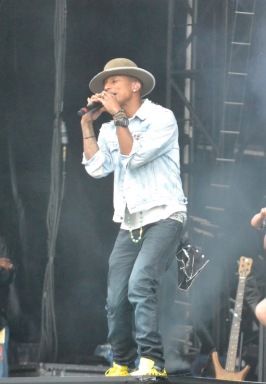 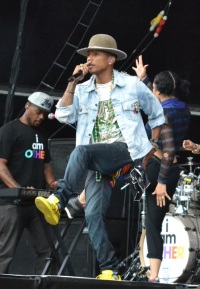 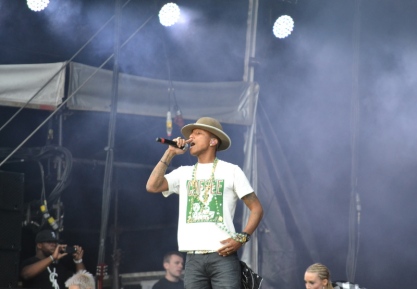 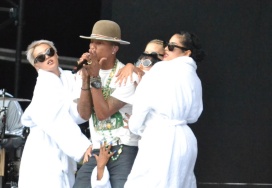 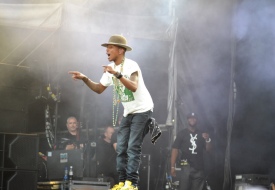 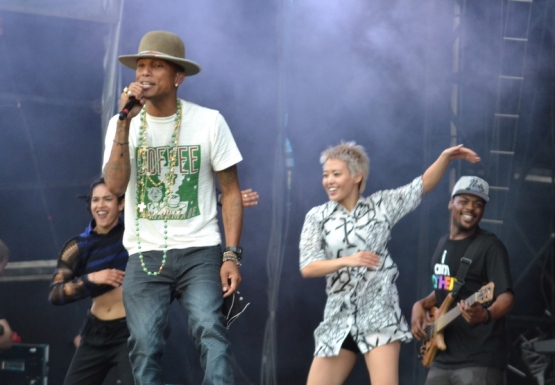 Pharrell Williams has just had the type of year other bands dream of. His single Happy has become one of those songs you’ll be hearing in 20 years time, and that’s to say nothing about his work with Daft Punk and Robin Thicke. Basically he’s minted for life! You can’t help but feel a little jealous.

Pharrell came on stage in Marlay Park at 7.30 complete with a large band of female dancers, backing singers and also a small band of musicians. He had his signature hat on throughout, and a pair of bright yellow trainers!

Pharrell Williams has built a career as a producer as much as he is a singer in his own right. His set at Marlay park worked it’s way through a number of the songs he has produced for other people as well as his own material. Some of the cover versions on display included ‘Drop it like it’s hot’ which featured a ghostly Snoop Dog vocals, Hollaback Girl (Gwen Stefani cover), Blurred Lines (Robin Thicke cover) and of course  Get Lucky (Daft Punk cover). He also featured some of his early work with N.E.R.D, which surprisingly the crowd seemed to know as much as his more recent material. The final song of the hour long set was the massive hit single Happy!

His music may not be to everyone’s taste, but as a producer of pop music, there’s few to compete.