Autumn & Winter Season at the Abbey 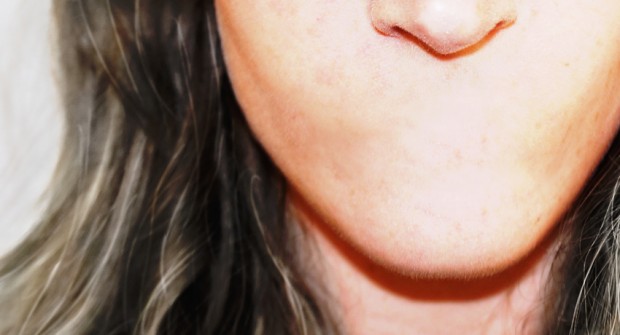 A new season of plays has just been announced for the Abbey and it’s exciting. That’s right, exciting! Risks are being taken and a few new faces will appear on stage.

Probably the biggest production is ‘Our Few and Evil Days‘ a new play written and directed by Mark O’Rowe, but it will be fascinating to see what Pan Pan’s Gavin Quinn will do with ‘A Midsummer Night’s Dream‘ by William Shakespeare.

There are also a number of old friends in the form returning productions of Lippy and Follow. For all the fuss about Lippy, which won best Production at the Irish Times Theatre Awards, it was only on stage five times and a small bunch of lucky people got to see it. It will be interesting to see how it works in the new space. Follow is the work of Willfredd theatre company, who created the wonderful Farm.

You can find all the details below…

She Stoops to Conquer by Oliver Goldsmith, directed by Conall Morrison

Sive by John B. Keane on a seven venue nationwide tour

The Abbey Theatre today announces its 2014 / 2015 Autumn & Winter Season featuring fresh new Irish writing, a host of Ireland’s most exciting emerging and established writers and directors and a national tour of Sive by John B. Keane.

Speaking about the season, Director Fiach Mac Conghail said: ‘We are working with the best theatre artists this season. I’m delighted to welcome back Mark O’Rowe in his first new play since Terminus, an Abbey Theatre commission, Our Few and Evil Days starring Sinéad Cusack, Ciarán Hinds, Ian Lloyd Anderson, Charlie Murphy and Tom Vaughan-Lawlor. This season will mark another important debut on the Peacock stage with Shaun Dunne’s The Waste Ground Party.

I’m delighted that Gavin Quinn one of the most remarkable theatre directors in Ireland is making his Abbey Theatre debut with Shakespeare’s A Midsummer Night’s Dream. I’m pleased to welcome back Róisín McBrinn for her Abbey stage directorial debut directing Bernard Shaw’s Heartbreak House and Gerard Stembridge who directs Shaun Dunne’s new play.

We continue to present the best independent theatre productions to the Peacock stage, and this season we’ll present FOLLOW by WillFredd Theatre and Lippy by Dead Centre.

We’re also delighted to be collaborating with venues around Ireland through our touring work. It will have been quite the round-trip for us this year from Wheatfield Prison, all around Ireland and to Germany.’

Our Few and Evil Days, a new play from Mark O’Rowe, one of Ireland’s most daring contemporary playwright’s promises to be a theatrical highlight of this year’s Dublin Theatre Festival. An amazing cast line up sees Sinéad Cusack, Ciarán Hinds, Ian Lloyd Anderson, Charlie Murphy and Tom Vaughan-Lawlor all returning to the Abbey Theatre. This chilling yet human story questions the limits of love and devotion.

An Abbey Theatre commission, it is Mark O’Rowe’s first new play since Terminus. It is only three years since the Abbey toured Terminus internationally in the US, the UK and Australia following its premiere on the Peacock stage in 2007.

This is an exciting Peacock stage debut from fresh-voiced new playwright Shaun Dunne who wrote the play on the Abbey Theatre’s New Playwrights Programme, an 18 month intensive course to nurture promising writers.

Shaun Dunne’s play will be the 25th new play at the Abbey Theatre in the last five years.

From Bernard Shaw to Oliver Goldsmith to William Shakespeare the season celebrates Irish and world writers and matches these major plays with the most exciting theatre directors of today.

In line with Director Fiach Mac Conghail’s commitment to give Bernard Shaw’s plays prominence at the national theatre, the Abbey’s new production of Heartbreak House is directed by the talented Róisín McBrinn. This is Róisín’s Abbey stage directorial debut. She directed No Escape edited by the acclaimed journalist and documentary filmmaker Mary Raftery on the Peacock stage in 2010 and Perve by Stacey Gregg in 2011. In recent years, the Abbey Theatre has produced Shaw’s Pygmalion and Major Barbara.

She Stoops to Conquer by Oliver Goldsmith, directed by Conall Morrison

This Christmas we present the wonderful and enduring comedy of deception and seduction She Stoops to Conquer. This entertaining and timeless play is directed by the award-winning Conall Morrison, (who recently directed our sell-out production of Sive) and is giving audiences an opportunity to see a play by another one of Ireland’s often overlooked but interesting writers Oliver Goldsmith.

This new production follows on from Wayne Jordan’s daring and creatively acclaimed direction of Shakespeare’s best loved comedy Twelfth Night for the Abbey stage in spring.

An eclectic programme of talks, discussions and interviews offering the chance to further explore themes addressed in our plays and to gain a behind the scenes insight into Abbey Theatre productions will be announced in individual announcements in the coming months.

This season two of the hottest shows from the Irish independent theatre sector in recent years will be performed at the national theatre.

FOLLOW is directed by Sophie Motley, a former resident assistant director at the Abbey Theatre, designed by Sarah Jane Shiels, composed by Jack Cawley, performed by Shane O’Reilly and produced by Kate Ferris.

In FOLLOW, Shane’s parents are deaf. He grew up in a house with doorbell lights and subtitles on the TV. A house where to be heard, you had to be seen.

Thirteen years ago in Leixlip, Co. Kildare, Ireland, an aunt and three nieces boarded themselves into their home and entered a suicide pact that lasted 40 days. We didn’t know them. We weren’t there. We have no idea what they said. This is not their story.

The award-winning Lippy is by Dead Centre who were recently tipped by The Guardian’s Lyn Gardner as ‘one’s to watch’. Lippy is created by cameo-author Mark O’Halloran, design by Andrew Clancy, lighting by Stephen Dodd, sound and music by Adam Welsh, produced by Matthew Smyth, and directed by Ben Kidd and Bush Moukarzel.

Dead Centre has a multi-disciplinary approach to playmaking, drawing from Moukarzel’s background as a long-time Pan Pan collaborator, and Kidd’s experience at the Young Vic and the National Theatre in London.