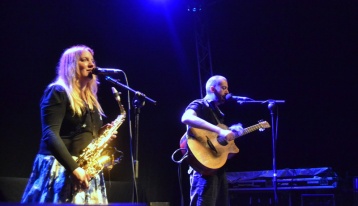 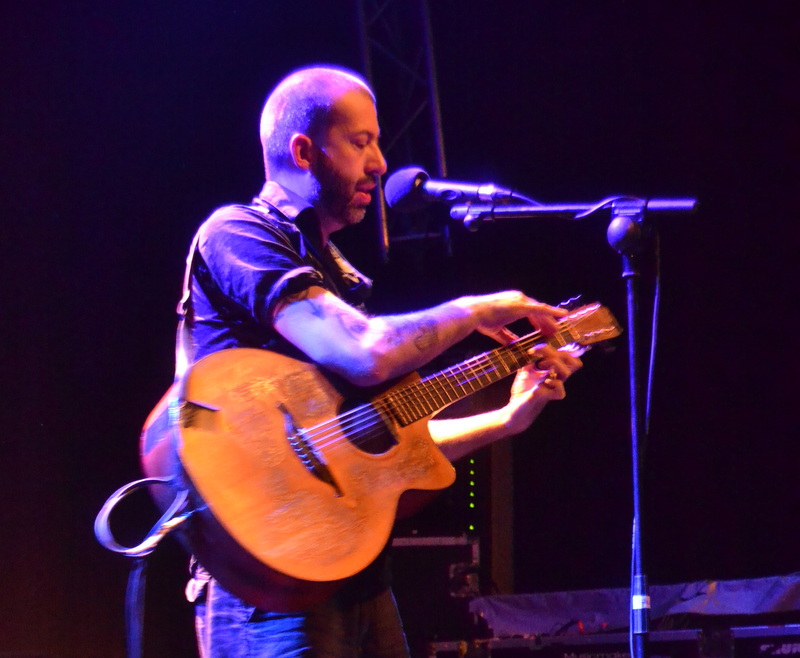 You can see the scars of use or misuse on Jon Gomm’s guitar. It is bruised and battered like a victim of domestic violence. As he turns the body of his guitar, the scrapes and indents on its front surface catch the light. You see, Jon doesn’t just strum or pluck the guitar, but uses it as a drum also, beating, scraping, tapping and slapping it to create an impressive percussion sound. As Jon says himself, he isn’t actually doing something very original with his guitar style, it’s something that has always been around but has just gone out of fashion.

Jon came on stage at an earlier than expected 8.45 with very few airs and graces. He breaks straight into ‘Telepathy’ which is one of the singles from his new album, and it is obvious from the opening moments his skill and dexterity with the guitar. He creates a sound far bigger than one man normally would. There is a drum and bass sound on the majority of the songs, which adds to the experience.

He’s also a natural story teller and enjoys interaction with the audience.We get to hear an instrumental song named after a kid who would call out the hiding places of the secret police in China (Wukan Motorcycle Kid). Another time he tells of his younger days playing to retired Glaswegians in Blackpool, who would shout ‘play something we know’ at him. He kept an emergency dance song in the form of Chaka Knan’s ‘Ain’t Nobody’, which was one of the highlights of the evening. Natasha Koczy joined him on stage for a number of tracks as she sang and played saxophone, which added to the musical variation. There was even time for a drum lesson, as he brought the audience through how to create a drum kit on the body of the guitar.

For his encore, he came out and played ‘Everything / You to Me Are Everything / Running Up That Hill’ which appears on his new album. It’s a track he seems surprised that people are getting excited about, but it worked well.

He seems genuinely happy that people are enjoying his music, and is an unassuming soul who loves playing to an audience. His skill with the guitar is very obvious and it makes for an impressive night. At times you can’t help but be dazzled by what he does, and I’ve never seen the use of drumming with a guitar brought to this level. He’s out there by himself, and it’s a good place to be!

The support on the night was from ‘Radioactive Grandma’ who are an alternative acoustic band from Cavan, who kept the audience nicely entertained.