The night started on an unexpected high, with an impressive support act in the form of Cleek & Steph. They are friends of Nic Gareiss, and he joined them on stage for their final track. They were in Ireland for the Baltimore Fiddle Fair, and were looking for a lift off anyone in the audience who was going! Hopefully they didn’t end up on the bus. They played a variety of songs in the bluegrass tradition, two fiddle players working well off each other and creating music that had your foot tapping.

The main act ‘This is how we Fly’ took to the stage at half nine, and their audience seems to be slowly building in Dublin, mostly through word of mouth. Anyone that has seen them live loves what they do, so I’d expect their following to continue to grow. It was a night of music and smiles, there’s always a lot of smiles with these guys on stage!

‘This is how we fly’ formed four years ago at the Dublin Fringe Festival, with their first gig being on the Grand Social Stage, so this was something of a home coming. The band has four very strong individual talents, and during the set, they each took their turn to command the stage for a solo track. Nic Gareiss showed off his percussive dance skills with a variety of styles that he said his Baptist relatives would just call ‘dancing’. Seán Mac Erlaine played tenor sax to match his voice, which seemed to be an octave lower than normal due to a cold. Petter Berndalen played the drums to match the tune of a Swedish folk song and Caoimhín Ó Raghallaigh told a story of an old taciturn man before playing a traditional song on fiddle. They are at their best with all four members on stage, but it does add variation to the evening.

There was only one new track on the night, and that was a solo effort from Seán Mac Erlaine. This was a night of celebration of the first album, with most of the songs played from it. It’s a lovely varied sound that brings in aspects from all their various upbringings. It is a melting pot of sounds, and draws from American bluegrass, Traditional Irish Music as well as a more contemporary jazz. They finished the night with a wonderful rendition of ‘What, What, What’.

They returned for an encore of traditional Irish songs, and then were joined by support act Cleek and Steph for the final track of the night. There was no talk of a second album, but we live in hope!

Find out more about This is how we Fly here. 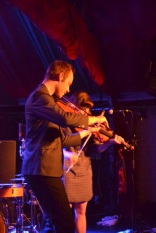 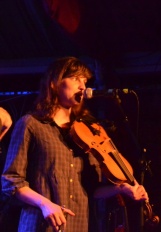 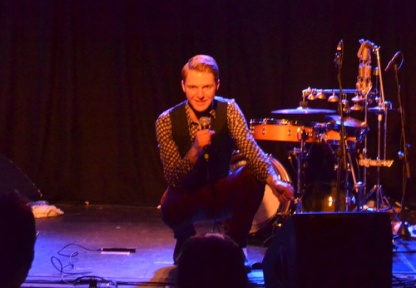 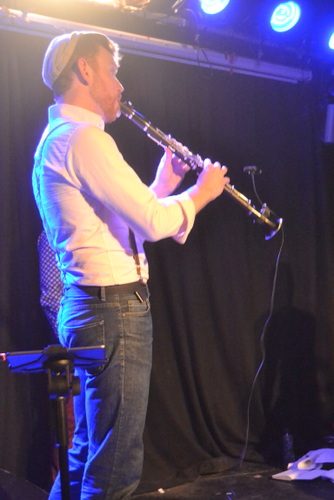 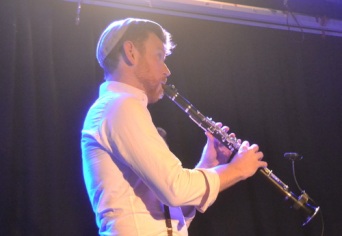 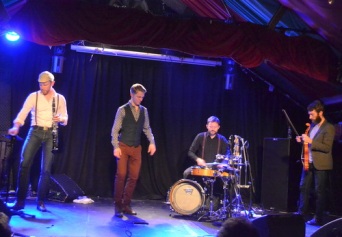 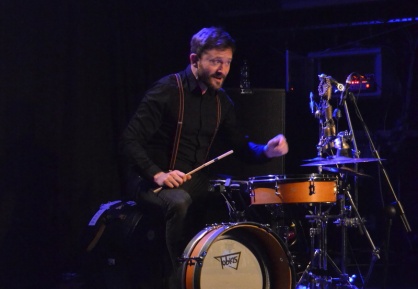