There is no doubt that Rory Nolan was born to play Ross O’Carroll-Kelly; and though I didn’t know it beforehand, he was also destined to enter a stage in the most spectacular fashion; ascending through the floor surrounded by fake smoke and disco lights. ‘Breaking Dad’ is the third play following ‘not the fastest crayon in the box’ Ross, and the O’Carroll-Kelly family; already famous after 14 bestselling novels, and a regular column in the Irish Times.

With such a well known character, there could be a fear that audience members need to be well versed in the back-story; but my own concerns as a relative newcomer were quickly dispelled. The whole world of the play (a land of the ‘Celtic Phoenix’ where Bertie Ahern is preparing to take over once again as Taoiseach) is created beautifully without being spelled out; and is brought together by stunning use of set and costume. All in all, the whole thing is utterly hilarious!

It is a credit to Paul Howard’s writing that those who are being lampooned by Ross O’Carroll-Kelly, from the Rugby jock southsiders, to the (apparently unintelligible) northsiders, find the play just as funny as everyone else. The cast demonstrate impeccable comic timing, even when waiting patiently for the frequently occurring bursts of laughter and applause to die down, before they can carry on with any hope of being heard. Lisa Lambe is stunning as glamorous wife turned high-powered human rights lawyer Sorcha, particularly sparkling in her clashes with daughter Honor (Caoimhe O’Malley) in all her fake tanned teenage angst. Somehow all the characters in ‘Breaking Dad’ manage to be sympathetic despite being pretty awful as people: Only in theatre could it be a good thing when a match-fixing footballer and a corrupt politician provide a (relative) voice of reason.

I may be late to the game, but ‘Breaking Dad’ far exceeded expectations. What from the outside could just seem like well known Dublin stereotyping, actually turns out to be the ingredients for a night of great entertainment: more Theatre should be like this.

Breaking Dad runs at the Gaiety Theatre until May 24th.

Directed by Irish Times Theatre Award winner Jimmy Fay (The Last Days of the Celtic Tiger, Between Foxrock and a Hard Place) with sets designed by Paul O’Mahony, costumes by Catherine Fay and lighting by Paul Keogan. 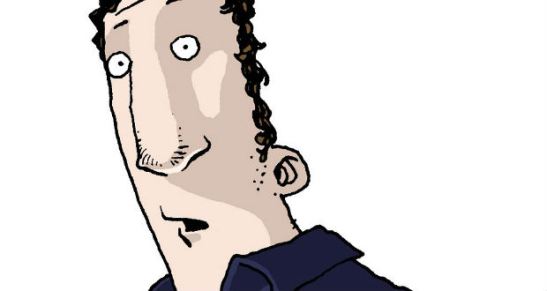