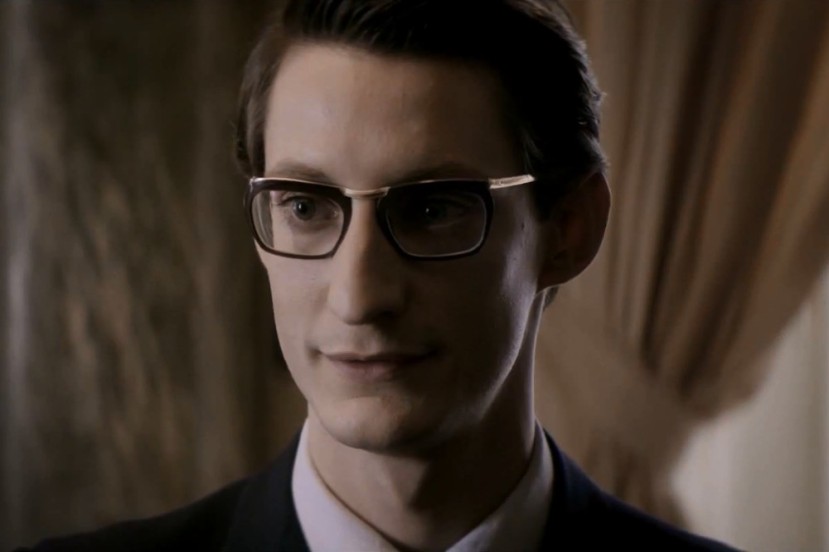 As one of the most recognisable names in fashion who revolutionised certain areas of the business Yves Saint Laurent has been rife for a biopic since his death in 2008. As so often happens with movies like these you wait for ages and two come along at once (as happened with both Truman Capote and Alfred Hitchcock offerings in recent history). This is no exception with another offering about the life of the legendary designer titled simply Saint Laurent pencilled in for an October release. However, since Pierre Bergé, Laurnet’s one time lover and life long companion, has threatened to sue this second production if they so much as reproduce classic Laurent outfits, yet has given this film the use of 77 outfits from the designers archives as well as allowing them to film certain scenes at its headquarters on Avenue Marceau in Paris, it would appear that this movie is the one that gets the seal of approval. This is despite the fact that it is at times unflattering and very much a warts and all portrayal of the fashion icon.

Based on a Laurence Benaïm biography of the designer which was in turn based on Bergé’s reminiscences in his book Letters To Yves, the film picks up in 1958 where the shy and naïve 21 year old Yves (Niney) is causing quite a stir working as an assistant to Christian Dior. When Dior dies he takes over the running of his fashion house but after he is diagnosed as manic depressive following an attempt to draft him into the army he is dismissed from the role. Thankfully he has his lover Bergé (Gallienne) in his corner and he takes care of the fragile Yves and helps him establish his own label. After a shaky start Yves finds his feet and is suddenly hugely in demand but the fashion world of the sixties and seventies is a minefield of drugs, drink and parties and with casual sex widely available Yves succumbs to every temptation going. As Bergé becomes increasingly frustrated with Yves party lifestyle the designer seeks love elsewhere but it is only a matter of time before his addictions catch up with him and he is forced to take stock of his life.

This is told very much through Bergé’s eyes. The 25-year-old Niney displays an amazing maturity as he portrays Yves over a 20 year period while Gallienne is suitably tortured as Bergé who looks after Yves whatever the personal cost. The pair give amazing performances and share a really good chemistry. This portrays neither of them as saints and shows a seedier side to the fashion industry. The sheer decadence of the era is shown in all its ugly glory.

Nor does it shy away from Saint Laurent’s sexuality showing the reality of a man who at first struggles with his lifestyle before embracing it full throttle. It shows him arrested for soliciting and also sharing a boyfriend with Karl Lagerfeld (Kinski). But the focus here is very much on the relationship between he and Bergé with the clothes taking a back seat to that. Although the couple spilt up amicably in 1976 they continued to work together and were lifelong companions who apparently had a civil union on Laurent’s deathbead. However, this film never touches on their split and rather tries to show the depth of their feelings for one another beneath the sheer dysfunction of their life together (thanks mainly to Yves prolonged and excessive drug use).

When the clothes do feature they are treated with tremendous reverence and still look as elegant and stylish today as they did when he first showed them. All his key contributions to the fashion industry are here, including his women’s tuxedo suits and his naked photoshoot to promote his first men’s scent Homme. What is most astonishing though is that he managed to design anything given the amount of narcotics in his system.

This somehow manages to be super stylish while maintaining a seedy underbelly. It portrays all the glamour you would expect from a biopic of a fashion icon but also the underlying rot. However since Bergé works hard to maintain the Saint-Laurent legacy so the fact that he has given this the thumbs up means you can take the events featured – both good and bad – as fact. At times I felt the impact of some scenes was lost slightly in the subtitled translation but on the whole this is a brutally honest depiction of an icon that, thanks to the focus on relationships, even non-fashionistas will be able to appreciate.