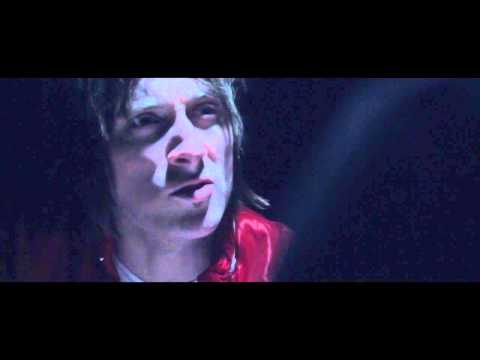 The waiting room of this play’s title refers to heaven’s holding room. Mick Doyle (Tristian Heanue) has the misfortune to find himself there at the young age of 35, having been knocked down by a double decker bus. The purgatory is his own design and it takes the form of an Italian bar complete with two mobsters style angels and an Italian proprietor called Caesar (Frank Smith). Mick is understandably none too pleased to find himself deceased and he rails against the injustice. He tries to bargain and cajole his way out of the waiting room but is faced instead with a review of his life. Just so you know, these days heaven has gone ‘paperless’ and Caesar scrolls through Mick’s life file on an iPad!

Mick’s life to date has been unimpressive. He has failed to pursue his dreams or challenge himself. He has lived fearfully, afraid of failure and of fully committing to his fiancé Marie (Bernadette Browne). His betrayals of her are also on record. Mick is a little unnerved to discover his personal life has been so closely observed. He’s even more disturbed when the auditorium lights are adjusted to reveal us, the chuckling audience, watching him intently.

Mick is beginning to despair and resign himself to death when JC (Ste Murray) drops into the waiting room. Clad in a Michael Jackson outfit, this is the Son of God as you’ve never imagined him. With aspirations to become a pop star Mick gives JC some advice on pursuing his music career and secures his help to try get a second chance at life.

The premise of this play is interesting. The writer Shane Cradock poses questions about how we live our lives. Is it enough to simply pass through life? Or will we one day be judged on we used the opportunities and gifts granted to us? The Waiting Room makes for a thought provoking and entertaining night out.

Presented by In at 8 out By 10 Productions