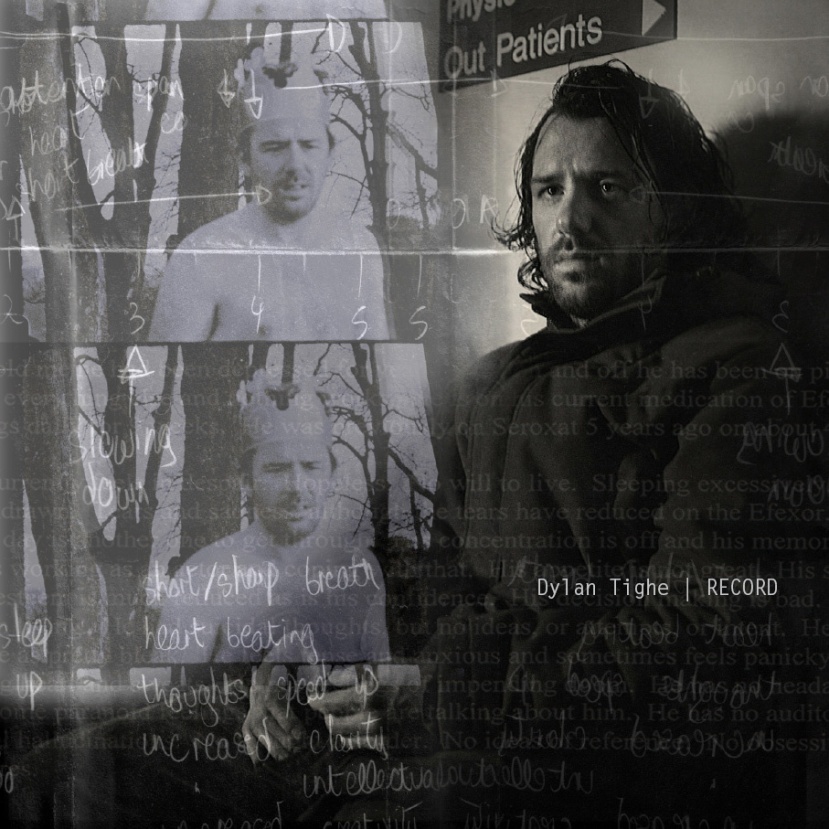 Another reason to head along to the Grand Social tonight, as if you needed it. Not only will you get to see upcoming artist Dylan, along with Seán Mac Erlaine on Bass Clarinet & Saxophone, Conor Murray on Drums and Donal Mac Erlaine on saw and trumpet, but you’ll also get a free CD and download of the album. Not bad huh? Our review of his debut album is here.

Dylan Tighe is a compelling musical force. His debut release ‘Record’ is just that – a record of his personal history and experience of mental health issues and the resulting honest impact on life and love. Dylan explains “I see my songs as part of a long history of songwriting dealing with mental distress, and I’ve been inspired by the songs of Peter Green, Daniel Johnston, Nick Drake and Roky Erikson. The lyrics were mostly written during periods of meltdown and in direct response to some of the treatment and medications I received. Nearly all emerged with melodies, written on guitar. I never sat down to write them, they just came to me. The songs were later re-worked in the studio, but the lyrics remained largely unchanged.”

The combination of Dylan’s sonorous, lush vocals and harmonies layered over hammond organs, stylophones, guitars, synths, samples, clarinets and brass gives rise to a pure, authentic collection of 10 songs. “We recorded the album sporadically over four years. We would take the bare bones of a song and try different things, building layers and sounds, shaping the songs as we went along. We set no limits…”

Dylan’s instincts are as poetical as they are musical. The lyrics, over producer Jimmy Eadie’s delicate, yet bright soundscape, combine to form a unity and breath of sounds throughout the album. “We used some old ribbon mics and valve amps and I play a very old Gibson guitar, so the combination of very old instruments with very new electronic elements had a big impact on how the album sounds. I’d call the style counter-melancholic… it could easily have become very dark – this guy lying in his room with a guitar but we wanted to take it away from that”.