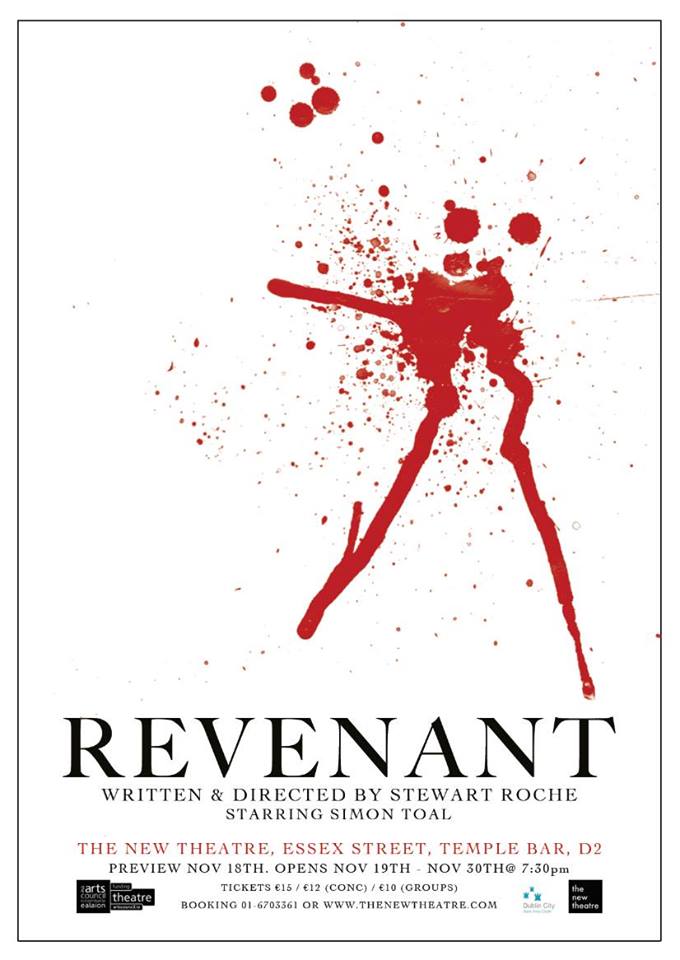 This is the story of a film director, Carter and his leading man, the enigmatic Vardel. After a positive start, Carter’s career has suffered something of a nose dive. He’s gone from films to soap operas and is now working on mobile phone commercials. He’s on his last chance and his latest venture, a zombie movie set during the Irish famine has to succeed.

When his leading man calls him two days before the shoot is due to start, and says he has accepted an offer of a pilot in Hollywood, he knows he’s in trouble. His leading man has found a replacement though, the mysterious Vardel. He is an actor that has worked with some of the greats, but for some reason is an unknown. After a brief interview, Vardel gets the part and travels with the film crew to a remote Island off the coast of Mayo, but all is not as it seems with this mysterious stranger.

This is a one man play starring Simon Toal. Toal is a veteran of the solo performance having previously worked on the spoof detective show Jack Kairo.  I was prepared for a night of endless one liners and Naked Gun style comedy. This was only partially true, as this play is an unusual blend of horror and comedy. The gags do come in spurts, but there are many sequences designed to shock. It is difficult to scare a theatre audience, and some of these sequences do not hit home. The play is at its best when Toal is free wheeling, and delivering the gags. He is a charismatic actor with natural comedic timing and is most enjoyable to watch.  He plays a variety of parts and moves between each with great dexterity.

Revenant runs at the New Theatre until November 30th with tickets at €12/ 15.