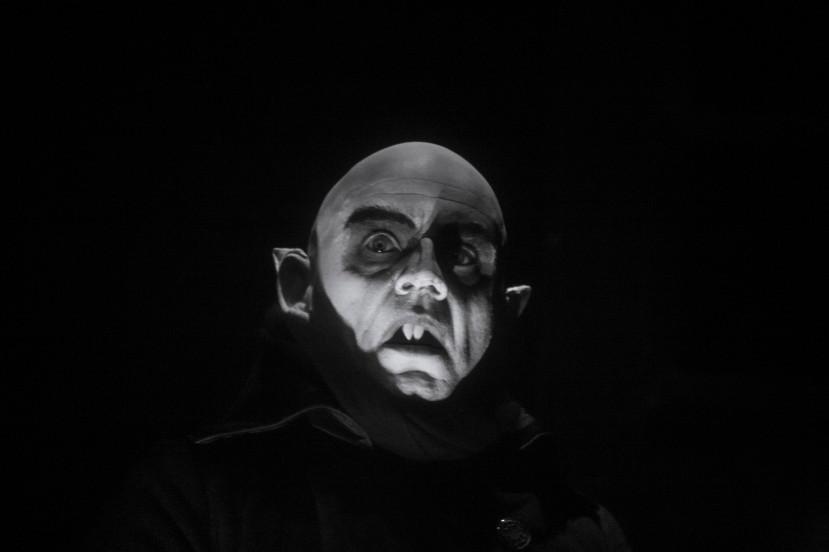 This play aims to recreate the 1922 silent movie Nosferatu: Symphony of Horror. in its entirety. The film tells the tale of Count Orlok, a vampire who leaves his home and travels across the sea to a new town and feed on its residents. It was one of the first Horror movies ever made, and was based on Stoker’s Dracula, and established many of the conventions of horror movies. It was directed by F.W. Murnau and was a highly original tale that shocked audiences in its time, and became the archetype for all vampire films that came after it.

So how does Just Theatre convert the film to the stage? They use a number of unusual techniques to cut between original film shots and the actors on the stage. Many of the scenes in the film would have been impossible to recreate on the stage such as the on location exterior scenes, establishing shots and even the silent movie text cards. These are projected onto a gauze at the front of the stage, with the background held in darkness. When they cut to the actors on stage, the projection ceases, and the background is lit to reveal the actors on stage which are visible through the gauze.

The level of technical difficultly of what Just Theatre is trying to achieve is hugely impressive, and it does expose the differences between the two art forms of theatre and film. There is a huge number of different scenes in the film, and it stretches the crew to carry out so many scene changes. The furniture on stage is rudimentary and they leave your imagination to fill in the gaps which works well. A number of the scene changes are slow and occasionally noisy which does break the flow, but this is a small gripe in an interesting production. The film score and impressive lighting and shadow play add extra depth to the silent images.

The cast match the actions of the original silent film which has an over the top acting style with many belly laughs and large hand gestures. The tale itself is not scary by modern standards, but they have left the original tale untouched, so we are viewing it as if we were viewing the original. The main things that impressed me on the night was the ingenuity of the production and the level of invention. It’s an ambitious and clever production that opens the door for many other productions of a similar nature. It’s an original and creative production that will leave you with a smile on your face at the end of the evening. 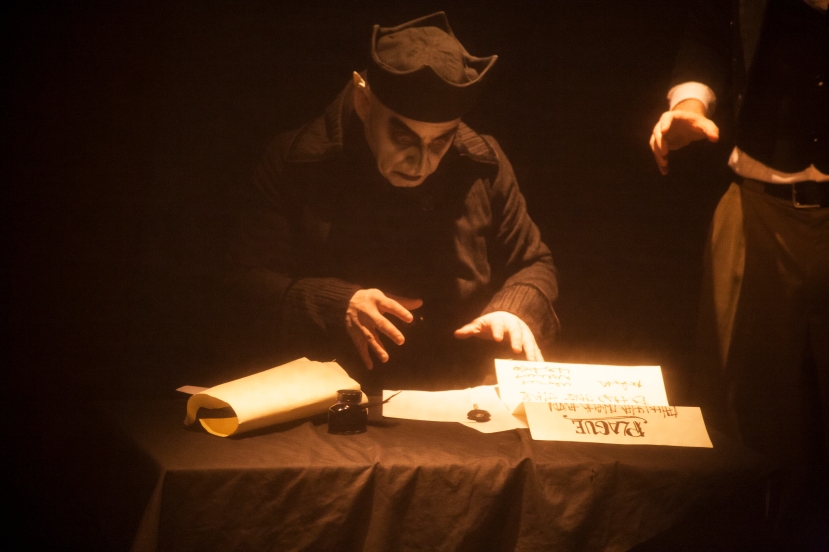