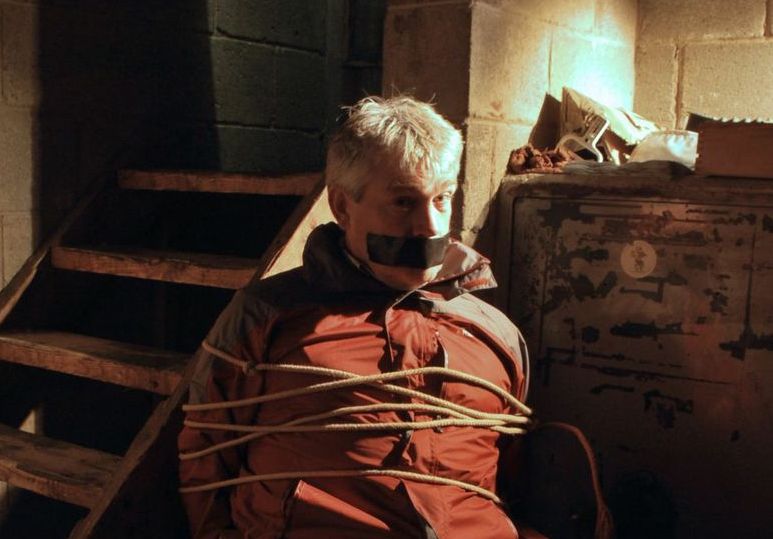 No complex moves but some easy laughs in Stalemate at the Civic Theatre, writes Sarah Gilmartin.

If you’re heading to Seamus O’Rourke’s new play in search of a carefully plotted piece of theatre with an intricate endgame, you’ll be disappointed.  It’s not that type of Stalemate. Double entendres abound, some more successfully than others, in this send-up of a pub hold-up in Kells, County Meath. We won’t spoil the ending of O’Rourke’s surreal, bawdy take on the term, except to say that most members of the audience seemed to share in the humour – if the howls of laughter from the older women in particular were anything to go by. It was that type of Stalemate, the type of play reliant on old school D’Unbelievables style comedy, and if that’s your bag, you’ll be assured plenty of laughs.

For opening night’s almost full house at the Civic Theatre, Tallaght, the locker-room humour of O’Rourke’s play (his eleventh to date) certainly pleased, with the four-person cast receiving a standing ovation at the end. Led by O’Rourke in the role of ex-school teacher turned publican Paddy English, the play takes place in a frowzy backroom bar where English has been apprehended by rookie criminal Catwoman. Catwoman isn’t long in living up to her name by letting the proverbial out of the bag and revealing her real identity. Yes, Mary Donlon and her partner Marcus Sullivan/O’Sullivan (aka Billy the Kid) are two of the worst abductors you’ll come across this side of a heist.

Therein lies much of the humour, which at times can be repetitive, broken at intervals by town lunatic Poor John Milton, a comic and crowd-friendly performance by Tommy Sharkey, who roams about the set completely oblivious to English’s predicament. As Mary (Fiona Maria Fitzpatrick) and Marcus (Jamie McClean) get increasingly frustrated and nervous in their respective roles, the malfunctioning Chekhovian gun goes off multiple times, providing a solid base, as well as a few jump-in-the-seat moments, for the play’s descent into total farce.

O’Rourke’s sure-handed performance as English is the pivot sustaining the younger members of a cast that leans more towards the amateur than the professional. That said, Fitzpatrick gives a credible turn as a feisty rural Ireland Calamity Jane, in addition to a rousing and tuneful rendition of Peggy Lettermore as Gaeilge. McClean grates a little as spineless Marcus ‘The Plank’ O’Sullivan, but that’s more to do with the nature of his character than the delivery, and he is saved by some quality one-liners such as his logic in blaming the victim for the robbery: “You never encouraged me in school.”

Doug Fox Roberts’ set design is haphazard and rustic, a dukebox with a mind of its own and posters for Daniel O’Donnell, Mick Flavin and Mike Denver among others accurately portraying the dingy bar and the proprietor’s affection for country music and GAA. The latter is used as an analogy throughout the play, with the parameters of the game constantly shifting as the fast-paced plot unravels. Whether it does so successfully or not will depend on individual preference. Don’t go to Stalemate if you’re looking for highbrow laughs, subtle irony or newly explored terrain. Or as Paddy English might put it – in comedy terms this is more National League dead rubber than All-Ireland final material, but the crowd didn’t seem to mind as the points kept coming.