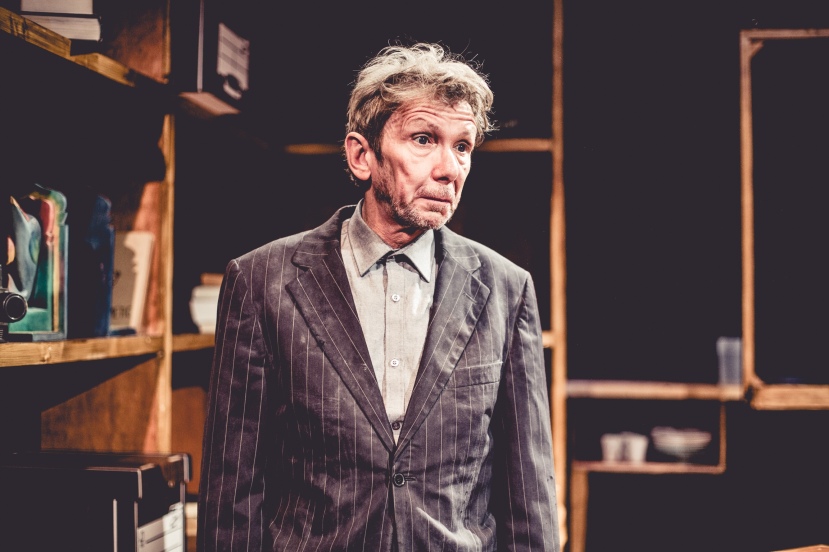 A young woman arrives at a Professor’s house, to prepare for a number of exams she is due to take next week. She is greeted by the Housekeeper Marie, and told to await the arrival of the Professor in the study. After a few moments waiting, the Professor enters the stage and the lessons begin. The initial stages of the play are quite straight forward and normal, but slowly the play shows unusual signs, as the lessons get more and more bizarre. As reality breaks down and things become more unhinged, the complexity of the dream like state of this play reveals itself. The Lesson is a play by Eugene Ionesco that was written in 1951. Ionesco was a Romanian who mainly wrote in French and is one of the leading figures in the theatre of the absurd, a school of writing based on the belief that human life has no meaning!

This play is largely dependent on the performance of the professor and his young student and both are impressive in this piece. Daniel Reardon stands out as the professor and shows his range in this difficult part. He moves from deadly serious to mad cap  in a blink of an eye, and from the slow moving,  stiff Professor to tap dancing and clambering over tables and chairs! It is a great part for an actor willing to take it on and Reardon embraces it.

The staging of the play is interesting, with the frame of windows and doors in place, but not the walls, so you can see what the house keeper is doing in the kitchen behind. The sound design and lighting are also used to good effect to create the peculiar aura that anything can happen! The theatre of the absurd is clearly not for everyone, and those that are looking for a traditional night at the theatre should look elsewhere, but if you’re willing to take a risk, this is a rewarding and well acted piece that will leave you unravelling its complexities long after you’ve left the theatre. 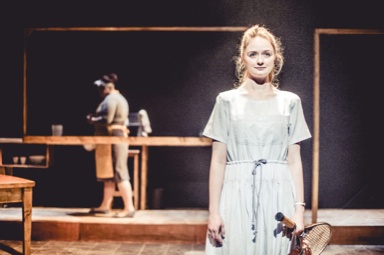