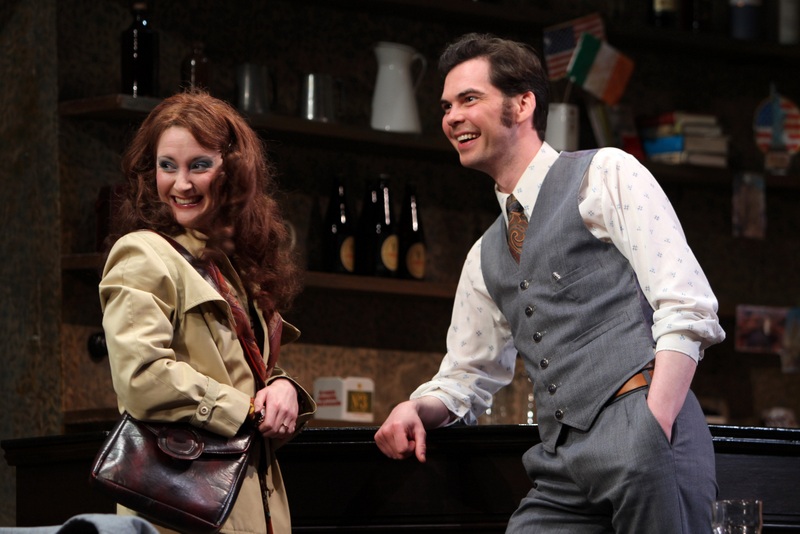 Two young men who were inseparable during the early part of their lives have gone in different directions, Tom (Garrett Lombard) has chosen to stay at home, work as a teacher in the local school and look after his ageing parents, while Michael (Marty Rea) has broken free and started a life in New York. When he returns to his home he expects to see life as it was before his departure, but much has changed!

This is a wonderfully subtle play that takes the form of a one act scene in a bar, where a group of friends meet on Michael’s first night back. It starts with the mood being jovial and friendly, with stories being told from life on both sides of the Atlantic, but as drink loosens their tongues, many truths are told that may have been better left unsaid.  It is quite a bleak portrayal of life in small town Ireland, but the humour of the play carries you through. There is much discussion on how slow the service is in the bar, and many trips to the toilet!

Conversations on a Homecoming draws on the themes of emigration and how it changes those that depart and the ones that are left behind. All the characters are deeply flawed, and none have achieved their ambitions or fulfilled their dreams. The play was written in 1985 and deals with many of the issues of the time, the diminishing power of the church, alcoholism and the struggle of rural life.

Conversations on a Homecoming returns to the Gaiety theatre after its initial run in Dublin in the same venue during last year’s theatre festival. There have  been a number of alterations to the cast to the original cast, and some actors have changed roles, but the two leading actors of Lombard and Rea remain the same. The acting is impressive throughout, with Lombard and Rory Nolan standing out. Nolan is playing the part of Liam, the local auctioneer who has a finger in every pie. He brings humour to the part and is always entertaining to watch.

To make a play that is essentially a long conversation work, the acting and direction has to be good, and it certainly is in this case here. In the wrong hands, this play could fall flat, but Gary Hynes has rarely put a foot wrong over her long career. It is an impressive production of one of Murphy’s more accessible plays and is entertaining throughout.

This play along with ‘Whistle in the dark’ are in the middle of a tour of Ireland, and details are below. Conversations on a Homecoming runs at the Gaiety Theatre until May 11th 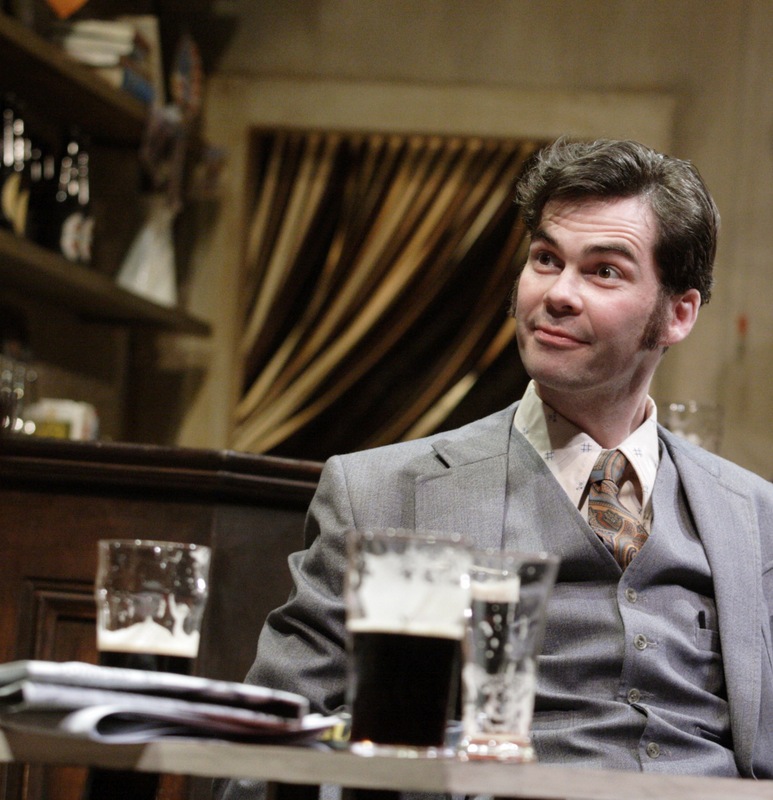 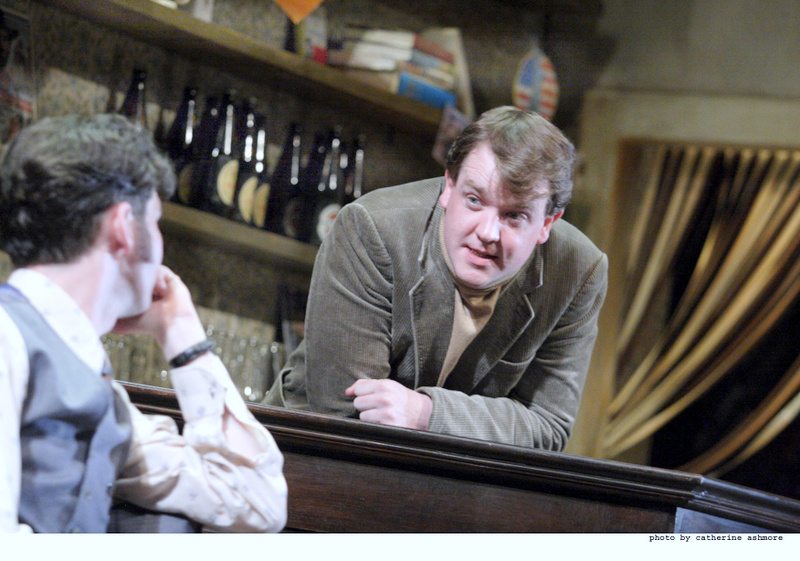