The premise is simple, 25 plays which last just over four minutes each, leaving you tumbling from one play to the next. The five actors play a multitude of parts and the plays range from the serious to madcap, often one after the other. Some of the playwright’s names are familiar, with Maeave Binchy, Colum McCann and Pauline McLynn standing out, others are young writers such as Mark Cantan and Tom Swift, and the rest were chosen from the 1,700 submissions that Fishamble received and waded through!

It is a very good reflection on modern Ireland, and the ideas dwelling on the mind of society at large. The themes of the plays vary from Banks with no money to a post apocalyptic Ireland where Cheeseburgers are a distant memory, but many fall back to the eternal themes of love, life and death. A large percentage of the plays are comedies which are well suited to the short segmented form, and more than a few leave you with a smile on your face. The play is performed in the round, and it’s the first time I’ve seen the Project in this form. It worked very well, with a simple platform in the centre of the space and the actors entering and disappearing to all four corners.

It’s a near impossible task for the actors, who often times don’t even leave the stage between plays, but they performed admirably, with Peter Daly and Don Wycherley standing out among the fine cast.

The variety of the plays is amazing, and even if there is one in there that you don’t enjoy, there will be another along in a minute! It is a good way to find the next budding writer from Ireland, and it’s great that someone like Fishamble is out there scouring the country for the next Friel or Murphy. While it is obviously a problem to develop depth into characters or storylines in such a short space of time, as an over all body of work, it is a very enjoyable and impressive.

Tiny Plays for Ireland 2 runs in the Space upstairs in the Project until March 30th, with tickets from €18/12

By Fishamble: The New Play Company

All Photography by Philip Redmond 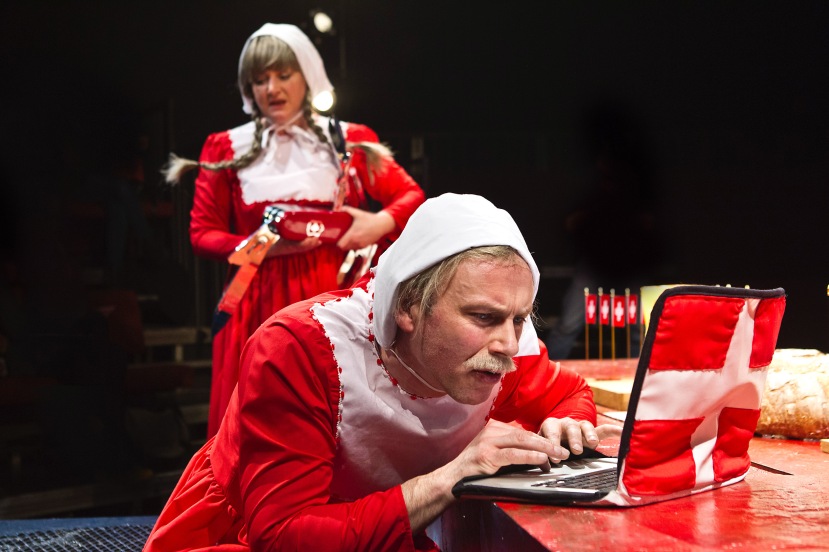