After getting over the feeling of major déjà-vu as I viewed the list of bands playing this year, I decided to try and go along to the first night of Hard Working Class Heroes with an open mind. It is a great platform for up-and-coming Irish bands after all! First port of call was Meeting House Square which, with those lovely roof umbrellas and a newly erected temporary stage, certainly looked the part.

Unfortunately the first act on, Low Sea, played to practical nobody so the atmosphere was completely dead. They were a blonde-haired, black-clad, male/female duo with two laptops and a keyboard. The vocals were reverb-tastic and very thinned out. In short, they sounded like the singer from The Flying Lizards singing over a ‘moody’ synth with some equally as ‘moody’ electronic beats backing it up. But moody can be good and they certainly sounded like they knew what they were doing. It was just too damn cold outside for me to really take it all in so after a few songs I had to leave. 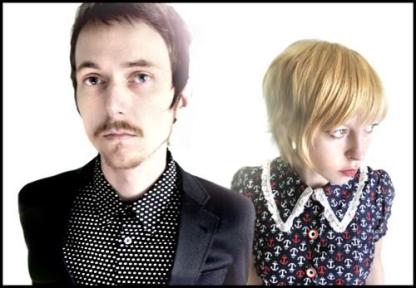 I quickly headed to The Workmans Club, keen to get away from the chilly breeze, and only had to hang around a few minutes before Dogs took to the stage. There were plenty of people around now and the atmosphere was a hundred times better than at Meeting House Square. The all-male four-piece delivered a solid and well-thought- out set with musical segues leading into and out of tracks. But despite the singer’s best efforts, the songs never quite managed to soar like they constantly strived to – although, in fairness, this could also be due in part to Workmans always infuriatingly woolly sounding and muffled PA. The band sounded like a watered-down Muse (no bad thing) mixed with The Temper Trap (still no bad thing) and a drum machine (par for the course these days). But there were just a few too many ‘trendy’ dance beat breakdowns for my liking in such a short set. The breakdowns did not enhance the flow but rather interfered with it. They were bloody slick and professional sounding though! Very commercial too! (And I don’t mean that as an insult).

I stayed put in Workmans for the next band Bouts. It was refreshing to hear live drums finally being played by a real human drummer! They were hands down the most solid and enjoyable act of the night. Another all-male four-piece but there was a sense of fun about them. They proficiently delivered some well-tried and tested nerd alt rock but in an ultimately charming manner! Think Pinkerton era Weezer meets Dinosaur Junior with a slightly effeminate and wispy lead vocalist (just being descriptive here, not derogatory!). Highlight of the set came not from any song in particular but from the bass player’s endearing gesticulations and headbanging hair flicks! In short, Bouts made me smile and they sounded solid as fuck! 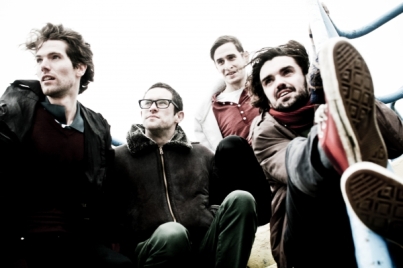 When Bouts ended and I quickly ran over to The Grand Social through the drizzle. I was eager to see what Spies were like after having been very impressed by them last year. The atmosphere at The Grand Social was fine and dandy, just not quite as many revelers there as there was at Workmans. What was clear from the outset is that Spies, an all-male five piece with real drums, have musically progressed in leaps and bounds since I last saw them. I certainly miss the noodle-y guitar riff wars their old songs used to have but the newer songs atmospheric soundscapes were terrific. Think old school Interpol meets Bloc Party (on downers) with Morrissey’s nephew’s friend on vocals. I wish I didn’t have to say this but I was a little disappointed in the singing. The melodies weren’t as catchy as last year’s batch of songs and the singer’s voice strained at times to deliver the much-needed gravitas that the new music demanded. He, unfortunately, seemed to be out of his depth and straining to reach many of the what should have been ‘pay-off’ notes in his melody lines. That being said, the drummer definitely wins the award for most stylish member of a band from Thursday night!

I left Grand Social and returned to ‘muddy-muds-ville’, a.k.a. The Workman’s Club, for the last band of my night. It was, and they were, Jogging: a three-piece, all-male guitar, bass and drums classic combo. The PA had been turned up a few decibels too far though because these guys were loud as bejaysus! They shouted and screamed a lot …and did I mention they were loud…? I put my fingers in my ears and winced for most of the set. In short, they were hardcore. But, regrettably, it was just so damn loud that I can’t honestly say what they were like beyond that. Impressive beard on the guitarist though! I couldn’t help but wonder how long it took to grow.