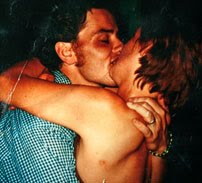 ‘This is a collaboration that I have working been working on with the writer Simon Stephens. After 3 years it will be finally on the stage.’ says Eitzel in his blog.
Mark Eitzel’s first musical has just finished its brief run (less than a week!). He mentioned it in passing at this recent ATP gig, but didn’t even tell people where and when it was on! He was never the world’s greatest salesman. From the reviews, it sounds pretty much as i expected it to be, flawed and slightly cheap. The mention of actors who can’t really sing, can’t have helped it much! The guys he wrote it with were there with him at ATP, and they didn’t add much to that event, so not sure how much help he got with it overall!
It was part of the Brighton Festival, but no word of it turning up anywhere else yet. I guess its an expensive thing to put on, and he’s not exactly a household name in the world of Musical Theatre!