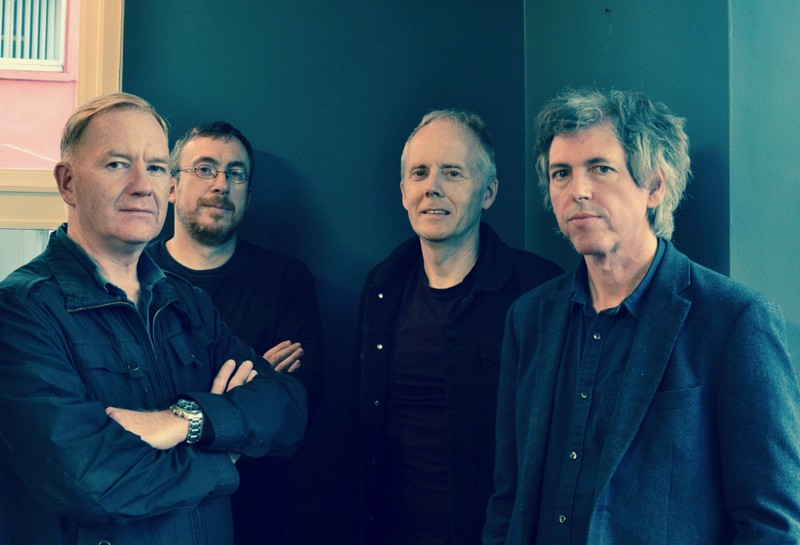 I’ve been enjoying the 2020 album from Ichiko Aoba (Windswept Adan), as well as the 2021 album from Mira Calix (absent origin).  On that note, it has been a sad year with the passing of many artists including Margo Guryan, Gal Costa, Andy Fletcher, Mark Lanegan, Jaime Branch. In particular, it was a real shock that Cathal Coughlan passed away so young, he was and is still releasing his best work – I’ve seen him play live so often (both solo and as Microdisney) that I felt I knew him somehow. Difficult too was the loss of Mimi Parker from Low – another band that have impacted our musical evolution and who have been a huge influence. Mira Calix too, her last album, absent origin, is an amazing album & I’m only just catching up on her work now.

What was your main musical highlight of 2022?

The performances by Jeff Parker and Alabaster dePlume on the same bill at the Cork Jazz festival. Incredible sets from both artists in a great venue. Loved seeing Pavement in Vicar Street too, a pure expression of joy from both the band and audience – totally infectious (though glad I had received the Covid booster….). A quick poll from the rest of the band: Paul Ruxton – Richard Dawson in Dun Laoghaire Folk festival in August; Maurice Hallissey – Seeing Clipping live at Le Guess Who; Bill Twomey – Peter Broderick playing Plugd records in Cork.

Are you glad to be back playing gigs?

Yes, it’s great to have been able to play our first gigs since the pandemic struck. We don’t generally do many gigs and the last one had been in London at the Betsy Trotwood in 2020 (the first Covid shutdown came a week later). We recently played our latest (unreleased) album in full as part of culture night 2022 in the Boole Library in UCC. The show was organised by Martin O’Connor, UCC librarian and music fan, who had the idea of putting on quiet music in this suitably appropriate (but unusual) venue. Inspired by the idea we plan to do our album launch (in March 2023) in another really unusual venue in Cork city, details to follow shortly!

Can you recommend an album, from any year, that doesn’t get the credit it deserves

For me, a very recent example is Lambchop’s “Showtunes”. I’ve been a fan of Lambchop since the early days and Wagner’s songs and execution/production have always been great. But for me, this is his best album yet in terms of a seamless piece of work that is consistent in its expression and quite different from his other albums though still quintessentially Lambchop. It was well reviewed at the time but did not seem to appear on end-of-year lists, I just thought it disappeared from view a little too quickly and deserves serious reappraisal!

Maurice – “Rise Above” by Dirty Projectors

Do you still listen to lots of music? How do you listen to music these days?

I still listen to a lot of music new and old – chatting to everyone in the band about new musical discoveries or seeing what people are listening to on social media helps a lot in terms of finding new music. It’s easy to go down rabbit holes – finally getting around to listening to Pentangle for instance opens an entire (potentially very expensive) vista. I tend to buy music on CD and if I really like it on vinyl. I still prefer to have a hard copy of an album & it does sound better in these formats. I’ve made the switch finally from Spotify to Tidal as I have a streaming setup in my house. I couldn’t ignore the poor payment per stream on offer from Spotify with Tidal paying artists about 3.5 times more. Plus the sound quality is noticeably better on Tidal. I don’t have anything against the concept of streaming platforms in general, it’s a little too late to backtrack now, but if payment rates can be improved they certainly should be and Tidal show it’s at least possible to pay higher rates.

What sort of year have you had yourself?

Not bad thanks. Things have returned pretty much to normal after Covid and we’re writing and recording lots of new material – so all is good.

Any interesting projects in the works? Are you working on a new album?

We have a new album called ‘The Total Space’ coming out on Gare du Nord records on March 3rd 2023. We recorded the basic tracks mostly live in Black Mountain studios in Dundalk and added bits and pieces to our recording setup in our rehearsal room. We even sent files around during Covid lockdowns so we could work on stuff at home. Daniel Presley produced it, we’d worked with Daniel previously on our first two albums. We’re really pleased with how the album turned out and are looking forward to getting it out now having put so much into it over the last couple of years.