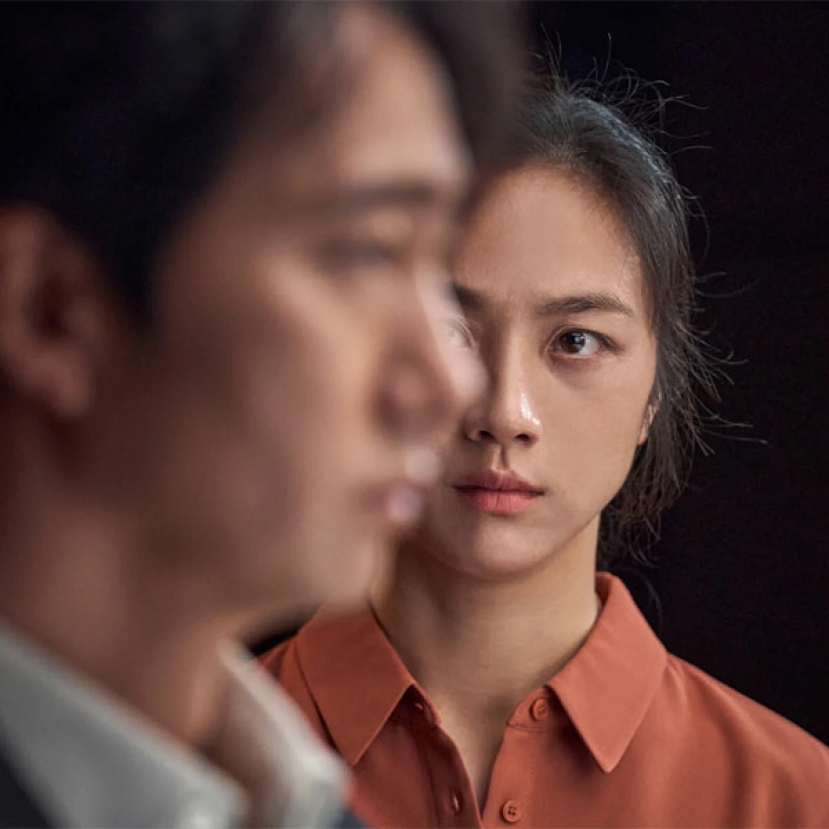 For his latest work, Director Park Chan-wook begins with an enormous vertical rock of immense height about which he creates views which make you dizzy. For those who do not like heights, this is a disturbing beginning. From this rock, a man falls, perhaps deliberately or by accident, or alternatively, he could have been pushed.

Hae-Joon (Park Hae-il) is the detective who is put in charge of finding out the back story of the fall. He is married to Jung-an (Lee Jung-hyun) in a relationship which is chugging along. Seo-rae (Tang Wei) is the widow of the deceased man. She has an alibi for the time when the fall took place but Hae-Joon has his doubts and the circumstantial case against her continues to mount. She is apparently a good person, much loved by the elderly and infirm whom she looks after as a caregiver. On the other hand, she has an unusual reserve and composure for a woman whose husband has died unexpectedly. At an emotional level, Hae-Joon slowly becomes intrigued by her and this enigma of a widow is also moved by him. Gradually, Hae-Joon starts to make mistakes in the investigation. He is not seeing things clearly as a detective should!

Into this professionally fraught scenario, the script written by Chung Seo-Kyung and Park adds new characters and inevitably in consequence new situations. There is an abundance of these and it is not always easy to hold the significance of each to the fore of your brain. The rapidity of the scene changes also adds to the challenges of keeping in order all the information being offered. Somehow notwithstanding this plethora of detail Park manages to keep your attention and the adrenaline moving. A fine example of the excitement he can generate is a spell-binding chase which takes place across rooftops. In addition, Park augments the visual excitement of the film with a score by Yeong-wook Jo which adds to the tension.

This is a beautiful film to watch and the acting is top notch with Tang Wei being particularly mesmeric as the widow of the deceased. However, it lasts over two and a quarter hours. Given its duration and the magnitude of detail employed a second viewing will assist in getting the volume of details sorted. However, a second viewing would be no hardship given how stylish the film is.